Campus Reform went to a BLM march at Texas A&M University to ask students about the group’s beliefs.

Most students were quick to defend the organization’s stated goal to “disrupt the Western-prescribed nuclear family structure” and the fact that Patrisse Cullors, one of the group’s co-founders, is a self-proclaimed “trained Marxist.”

“I don’t agree to [the Western-prescribed nuclear family structure],” one student argued. “I feel like families can come in every shape and form.”

“The nuclear family insinuates a heteronormative family,” one protester said. “Then yeah, f**k that sh*t.”

“I think that Marxism can be interpreted in both negative and positive ways and that different parts of the theory can be applied to America and create positive change,” one student said.

“So Marxism and socialism are two different things,” a different student rationalized. “I know that the Right likes to group everything on the Left as the same thing. Is it good for Black Americans? I think it’s good for all working-class Americans.”

“How does the Black Lives Matter movement preach communism? Tell me,” one BLM protester angrily shouted.

One counter-protester then kindly asked her to stop cussing, to which she responded by saying “f**k you, I can do what the f**k I want.” 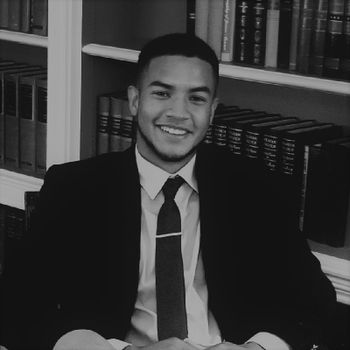