A campus spokesman said the space is "currently open for Black/African UNLV students to attend through Zoom."

The University of Nevada-Las Vegas recently announced a plan for a “healing space,” specifically geared toward Black students.

On the university website, UNLV posted a short announcement about the effort. Because of COVID-19 restrictions, the space for the discussions will be open online per email request with the mediators of the program.

“The Black Students Healing Space is designed to be a safespace for students who identify as part of the Black/African American Diaspora to process, to heal, get support, and share resources,” according to the university.

With the healing space comes an environment open for discussion topics.

According to the webpage spotlight, the discussion topics include an array of subjects relating to Black identity including “dealing with racial trauma, responding to microaggressions, managing relationships, parenting in a racially charged landscape, maintaining physical and mental health, navigating racist environments, responding to racism in academics and employment settings, and maintaining safety in racist situations.”

UNLV Assistant Director for Student Diversity Kevin Wright told Campus Reform that many students reported “fatigue and feeling overwhelmed” because of the act of pursuing their degree, working part-time, living through a pandemic, and working to end racial injustices “all at the same time.”

“Kevin Wright approached me about creating a space for Black students to receive support around dealing with issues related to a host of subjects, many of which centered around their Black identity and mental health,” Tanya Crabb, one of the space's mediators, told Campus Reform.

According to Wright, the end result was students approaching him to advocate for a space where students within the African Diaspora could have a space designed for “healing, processing, and taking action to move forward.”

“The space is currently open for Black/African UNLV students to attend through Zoom,” Britney Alford, another mediator, told Campus Reform. “Due to COVID-19, we are solely offering this space once per week through Zoom.”

Wright later clarified that the sessions are held through WebEx rather than Zoom.

Earlier this month, Marquette University administrators in Wisconsin held a meeting with Black student activists. The scheduled meeting occurred after a group of student activists held a sit-in in the lobby of the administrative building. The meeting consisted of signed commitments that the university would support new programs, facilities, and staff to help strengthen the Black community in Milwaukee, according to the Milwaukee Journal Sentinel.

After the meeting, according to the Milwaukee Journal Sentinel, Marquette allegedly agreed to more funding for staff and equipment, a Black cultural center, increased hiring of Black mental health professionals, increased support for Black-owned business, and 40 full-ride scholarships for Milwaukee Public Schools graduates.

The president of the Marquette Black Student Council Breanna Flowers described the moments leading up to the meeting and agreement as a frustrating battle. The agreement was the result of several months of discussing the demands of the student leaders, which reached a point of frustration after the police shooting of Jacob Blake in Kenosha, Wisconsin.

The students plan to keep moving forward with healing spaces and designated discussions for Black students who need a space to reflect and heal. Both Marquette and UNLV plan to move forward with supporting the Black community on their respective campuses through different acts of support like healing spaces. 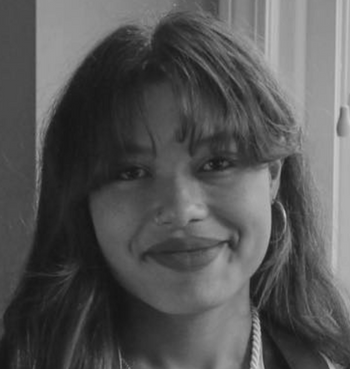 Skyla Jewell-Hammie is a Breaking News Reporter at MLive. Previously, she was a Michigan Campus Correspondent with Campus Reform. Skyla graduated from Western Michigan University and majored in journalism.