Nationwide riots following the death of George Floyd have caused several billion dollars in damage across the country, marking them the most expensive in American history.

College Democrat and leftist clubs at two Philadelphia-area schools promoted bail funds amid riots in the City of Brotherly Love.

The Temple University College Democrats in Philadelphia retweeted a post from the Philadelphia Community Bail Fund, contained phone numbers that people who were arrested could call to receive bail money.
' 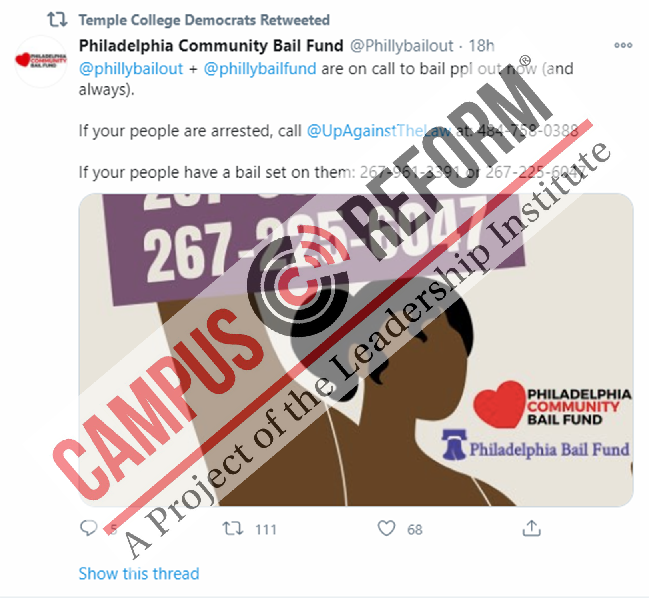 Temple University and the University of Pennsylvania are both located in Philadelphia — the epicenter of the latest wave of protests and riots following the death of Walter Williams Jr.

Analysis from the Insurance Information Institute determined that the costs of the nationwide riots following George Floyd’s death may have caused up to $2 billion in economic damage — the most expensive in United States history.

The analysis only included damage from riots occurring between May 26 and June 8, and did not include the other riots that occurred throughout the summer months or the most recent riots in Philadelphia.

Campus Reform reached out to the Temple College Democrats and Police Free Penn for comment. This article will be updated accordingly.