A student at Mississippi State University was threatened online after planning to host a Trump parade.

Administrators helped the event to proceed anyway and were “very unbiased” in doing so, the student said.

A Mississippi State University student was threatened after planning to host a Trump parade on campus.

Undergraduate student Madelyn Winstead planned a “Trump Parade” on Nov. 1, encouraging students to bring their vehicles to show support for the president. 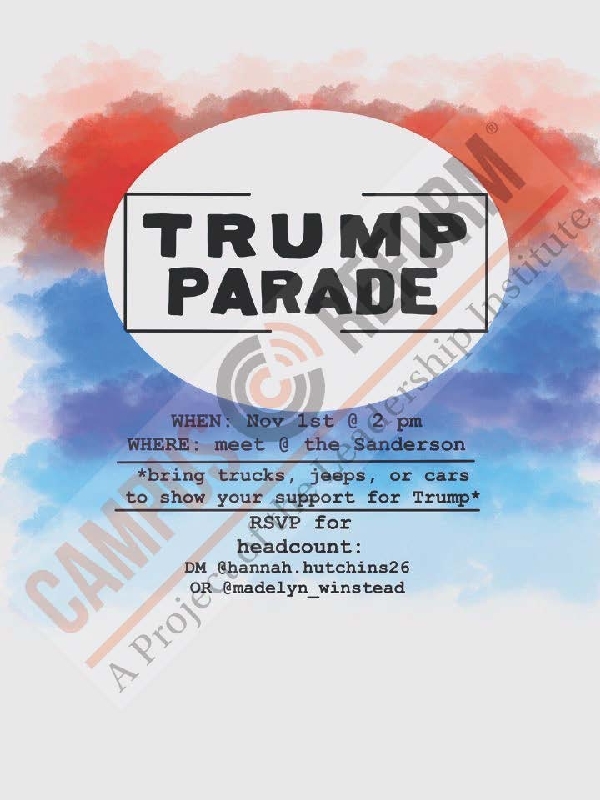 In response, individuals on Twitter threatened to physically attack Winstead.

“I will personally beat tf out of madelyn, where she stay?” tweeted one individual.

“Count me in,” said another. “Say less, i get first round,” responded the first.

Another joined in saying, “count me in too shid.” 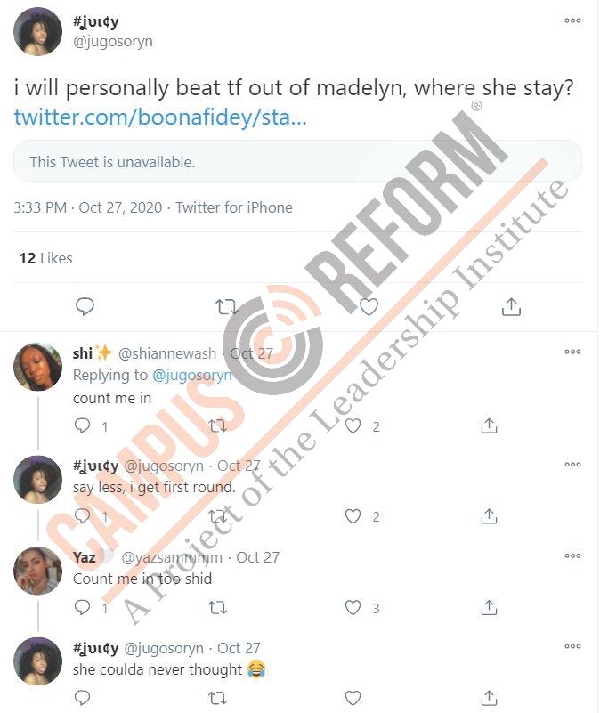 Winstead told Campus Reform that to her knowledge, one of the Twitter users was a former Mississippi State student, but that she does not know the other two. Winstead said that the event was a “great success” in spite of the threats.

The event attracted nearly one hundred students, according to Winstead, with more people joining the parade as it proceeded.

Winstead shared that the university’s dean and assistant dean “were so kind and gracious” after she and other organizers contacted the school.

“They didn’t have a problem with what we were trying to do,” said Winstead. “They just wanted us to be able to exercise our First Amendment rights like everyone else does. They were concerned about our safety.”

The administrators walked through ways that the organizers could host the event so as to avoid the risk of physical harm.

However, Winstead said the administrators were “very unbiased” while doing so.