Princeton prof: American exceptionalism 'allows us to contain our ugliness'

He also discussed how White people could be set “free from being White.” 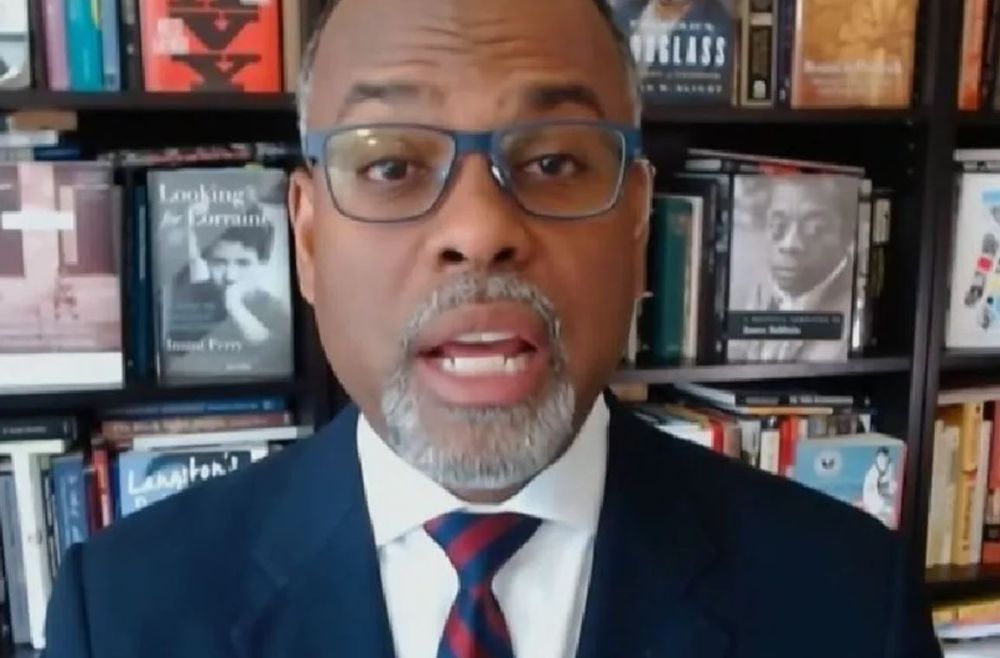 At the outset of the interview, Henderson played a 2019 clip of Glaude explaining that America must set White people “free from being White.”

“Walking away from being White — what would that look like?” asked Henderson after playing the clip. Using the example of a Southerner who trained his mind to avoid racism, Glaude described such an action as an “ongoing work of interrogating the way in which Whiteness comes to us as natural as language."

“For many White people, there is no real awareness of the advantage of the privilege that they have,” Henderson responded. “Despite the overwhelming evidence that their lives are valued more than others… they don’t really see those things.”

“That’s a generous read… It’s a kind of willful ignorance,” remarked Glaude. “What some philosophers call ‘epistemic ignorance’ … Part of our work is to bear witness, is to press the case, is to relentlessly attack this willful ignorance.”

Later in the interview, Glaude and Henderson discussed the notions of American exceptionalism. In remembering the 2019 El Paso shooting, Glaude expressed frustration toward the question “is this America?”

“American exceptionalism… allows us to contain our ugliness, to always narrate it in terms of the inevitable progress toward a more perfect union,” explained Glaude. ”So, the American ideology consistently allows us to let ourselves off the hook.”

Glaude explains that the problem with the question “Is this America?” is the notion of America having a special charge, which allows Americans to fail to criticize the nation’s structural problems.

“And so, part of what we have to do is deconstruct this exceptionalism," Glaude said.

“We need to imagine America differently, it seems to me,” he added.

Glaude was promoting his new book, Begin Again: James Baldwin’s America and Its Urgent Lessons for Our Own. Looking at Baldwin's writings during the Civil Rights era, Begin Again discusses recovery from the Trump administration which, according to the book’s description, “refused to embrace a vision of the country shorn of the insidious belief that white people matter more than others.”

Campus Reform reached out to Glaude but he did not respond in time for publication.