Required course readings include texts written by Angela Davis, a prison abolitionist and former Communist Party leader who was prosecuted for conspiracy to commit murder in the 1970s.

As universities around the country continue to confront and reckon with Donald Trump’s presidency, Tulane University in New Orleans is offering a course titled “Feminism after Trumplandia” during the Spring 2021 semester.

According to its course description, the class, taught by Professor of English and Communication Studies Kate Baldwin, is being offered because, after Trump’s election, “many worried that a new era of precarity for women had begun."

The course claims that Trump’s actions as president, including the “defunding of Planned Parenthood," the “Muslim ban," his “assault on pro-choice legislation," the rescission of “protections for transgender students," and even his “own history of sexual assault” present an “unprecedented dystopia for women.'"

Labeling Trump’s presidency a “reign," the course description goes on to argue that the “Kavanaugh hearings," “evil media men," "Jeffrey Epstein, "Amy Coney Barrett," and “Ivanka," among others, have caused a “more robust” and “multifaceted” form of feminism to emerge in response to such “ravages of assaults."

Also part of the description is a list of authors from “feminism’s archive," whose work will be incorporated into the course’s curriculum and whose ideas students will be encouraged to draw upon for their required 10-15 page term paper. One of the individuals listed is Angela Davis, a former Communist Party leader and prison abolitionist who has likened the prison system to slavery. After being listed on the FBI’s Ten Most Wanted Fugitives List, Davis was arrested and prosecuted for conspiracy to commit murder in 1972, in connection with a courtroom shooting that left several people dead.

Other figures on whose work the class will center include Shulamith Firestone, a “radical feminist” who wrote that “pregnancy is barbaric," sought to eliminate "male privilege" and even “the sex distinction itself," and “reinterpreted” the communist ideologies of Karl Marx and Friedrich Engels to attack the “sexual class system."

According to her faculty profile on Tulane’s website, Baldwin is a “scholar and teacher” whose past research includes examining “Black American modernism” and the historical “involvement of African-American intellectuals with Soviet communism and a Russian intellectual heritage."

She has written and published books relating to racial justice issues and the Soviet Union.

Tulane highlighted the course in 2019, acknowledging that "the title may suggest the course takes on a particular political stance."

The school then quoted Baldwin as claiming otherwise.

"It is not a politically-partisan course,” Baldwin said. “It is more about the movement of feminism from 1950 onward and trying to chart how it has changed under the Trump administration.”

Campus Reform reached out to Tulane and Baldwin for comment but did not receive a response in time for publication. 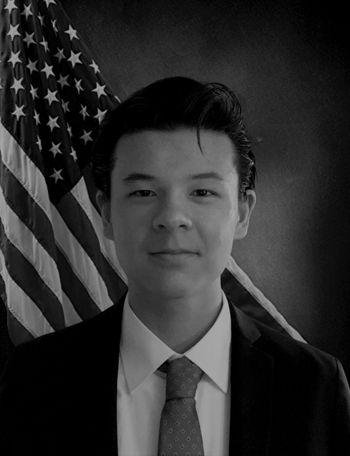