After a number of small conflicts over the handling of diversity and a “refusal” to embrace Black Lives Matter, the UNCW Faculty Senate voted 51-20 to censure Chancellor Jose Sartarelli.

Censuring the Chancellor is the most formal condemnation of an administrator's actions before a vote of no confidence, which can lead to a formal dismissal or resignation.

The University of North Carolina-Wilmington Faculty Senate voted to censure Chancellor, José Sartarelli for allegedly choosing not to support a number of diversity initiatives.

According to WCET, the faculty senate voted to censure Sartarelli on December 8 by a vote of 51-20. The resolution to censure Sartarelli accuses him of not supporting a movement "supporting the liberty and human rights of Black people," for demonstrating a "lack of leadership on the matter of Diversity and Inclusion" following demands made to the university during summer 2020, and for failing to demonstrate "empathy towards faculty, student and staff concerns about racial justice."

"Chancellor Sartarelli by his conduct has brought upon himself and fully deserves the censure and condemnation of the Faculty Senate acting on behalf of the Faculty of the University of North Carolina Wilmington," the resolution states.

Both the Board of Trustees and the local NAACP President backed the embattled Chancellor. The board passed a unanimous resolution supporting the Chancellor, including outspoken support from board member Woody White.

“There are a few professors that have an ax to grind with the chancellor, and it's a personal vendetta and they're acting like petulant children for the most part,” White said. “And let's make no mistake about what this was. This was cancel culture at its worst.”

“One of my problems with movements is that sometimes we get so caught up in the movement that we forget, and we overlook when people are really trying to do things to move closer towards racial equality and equity,” Murphy said.

When reached for comment, the Chancellor's Office provided the following statement, contending that he has made an effort to improve diversity and inclusion efforts at the university.

"At their previous meeting, the Faculty Senate requested a Chancellor’s report in March 2021 about the university’s efforts to improve diversity, equity, and inclusion. I am proud of the progress we have been making over the past five years, especially since June, and shared an advanced copy of such a report the first week of December. I look forward to leading UNCW as we continue to pursue this important work in the new year." 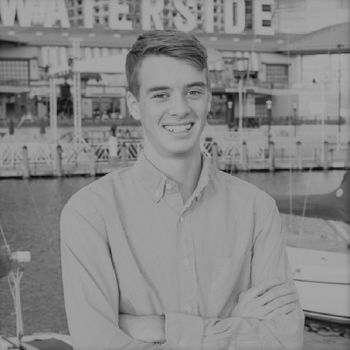