Antifa made its presence on college campuses known in 2020 amid widespread racial protests, despite one top congressional Democrat calling Antifa a "myth."

The leftist activist group, which uses violence to achieve its goals, attempted to shut down opposing ideas on campuses this year

Campus Reform identified the top 5 instances of Antifa provocateurs on college campuses in 2020.

Antifa, the leftist activist group that aims to shut down “fascism” on college campuses, made several showings throughout the year, both before and after racial protests became commonplace in the United States.

This came despite the left's attempts to downplay the group's influence, including Rep. Jerry Nadler (D-N.Y.) calling Antifa a "myth" and former Vice President Joe Biden saying that "Antifa's an idea, not an organization."

As 2020 nears an end, Campus Reform is taking a look back at the most notable times Antifa appeared on college campuses in 2020.

1. VIDEO: Sheriff Joe Arpaio event 'disrupted' by 'Antifa,' 'one of whom drew a knife'

Video shows people chanting and banging drums in order to disrupt the event. Several signs were present, including ones that read “Go home Joe,” “F**k Arpaio” and “Antifa against Arpaio.” Protesters shouted, “No Trump, no KKK, no fascist ASU” outside of the room where Arpaio was set to speak.

“In our opinion, megaphones, blow horns, other devices designed to disrupt the educational process should be illegal on campus,” ASU’s College Republicans said. “Knives, which are already illegal, should have led to an automatic arrest.”

The claims that a knife was drawn at the event were disputed as ASU and campus police said they received no report of a knife being drawn.

During the event, an ASU student said that there was a continued problem with Antifa, the far left, and communists. Attendees were asked if they saw any fistfights. Several hands then went up in the air.

The McHenry County College Turning Point USA chapter said that a student worker at the school, who identified as an Antifa supporter, was responsible for the vandalization of posters that promoted the group's events.

“This is not the first time we have seen Antifa members disrupt the free speech rights of conservative students and it won't be the last until college administrators take Antifa as a serious problem to the safety of their students,” said Gabriel Nadales, a former Antifa supporter and current employee of Campus Reform's parent organization, the Leadership Institute.

The alleged offender replaced one of TPUSA’s posters with one that portrayed a Trump supporter held at knifepoint with a caption that said, “We beat ‘em before...We’ll beat em again.”

Mark Bray, a Rutgers University historian, claimed that the assertions that riots occurred in 2020 due to the actions of Antifa were “reckless accusations" that "lack evidence” and were “delegitimizing militant protest and deflecting attention away from the white supremacy and police brutality.”

He said that there are not enough Antifa members to carry out the levels of violence that this country has seen in 2020. Additionally, Bray said that Antifa, a “predominantly white” group, being blamed for the riots and destruction that happened throughout the United States this year is rooted in racism because it implies that Black people “couldn’t organize on this deep and wide of a scale.”

4. Ethics prof pictured in 'ANTIFASCIST' shirt: I want 'world to burn' until 'last cop' is 'strangled' with 'intestines of the last capitalist'

Nathan Jun, a professor at Midwestern State University in Texas, was pictured in an "antifascist" shirt and has expressed hopes for the world to burn until every police officer, capitalist and politician is strangled.

MSU released a statement showing that it supports Jun’s right to free speech under the First Amendment, but that his comments were “offensive.”

David Palumbo-Liu, a Stanford University professor and co-founder of the Campus Antifascist Network, was placed in charge of  the school’s committee on campus speech, titled, “Committee on Campus Climate, Community, and Speech.”

Palumbo-Liu co-founded the Campus Antifascist Network (CAN) in 2017 with the intent of it being a place for “anyone committed to fighting fascism.”

“Given Stanford’s already dismal record on freedom of speech, it should come as no surprise that the university has chosen a bona fide domestic terrorist ringleader,” Stanford College Republicans President Stephen Sills told Campus Reform.

Sills said he is confident that Palumbo-Liu will do everything that he can to silence conservatives on campus, even if violence has to ensue. 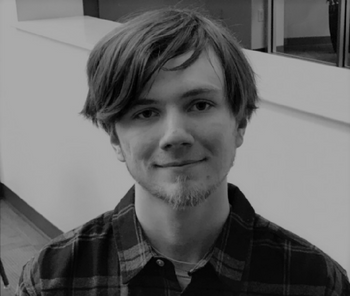 Landon Mion is a Digital Production Assistant at Fox News. . Formerly, he was a web editor at Townhall Media and a fellow at Just the News and a Georgia Campus Correspondent with Campus Reform. He graduated with a degree in Journalism from Kennesaw State University.