The online event was marketed as a "retreat about white supremacy.”

The event, titled “Rooting Out Racism: An Online Retreat for White Christian Folks,”  was marketed as a “retreat about white supremacy.” The event’s host, Spiritual Grounding, which does not appear to be directly affiliated with Tufts, insisted upon the necessity of the retreat as “George Floyd’s murder has highlighted once again the need for white folks to do their work.”

Spiritual Grounding stated that the event prompts “White people to search their souls” and to “understand how Christianity has contributed to racial inequity.” The organization invites participants to “repent, lament, and uproot racism from [their] own heart.”

After Campus Reform reached out to Spiritual Grounding, some of the phrasing on its website was removed.

However, Campus Reform obtained screenshots prior to the changes. 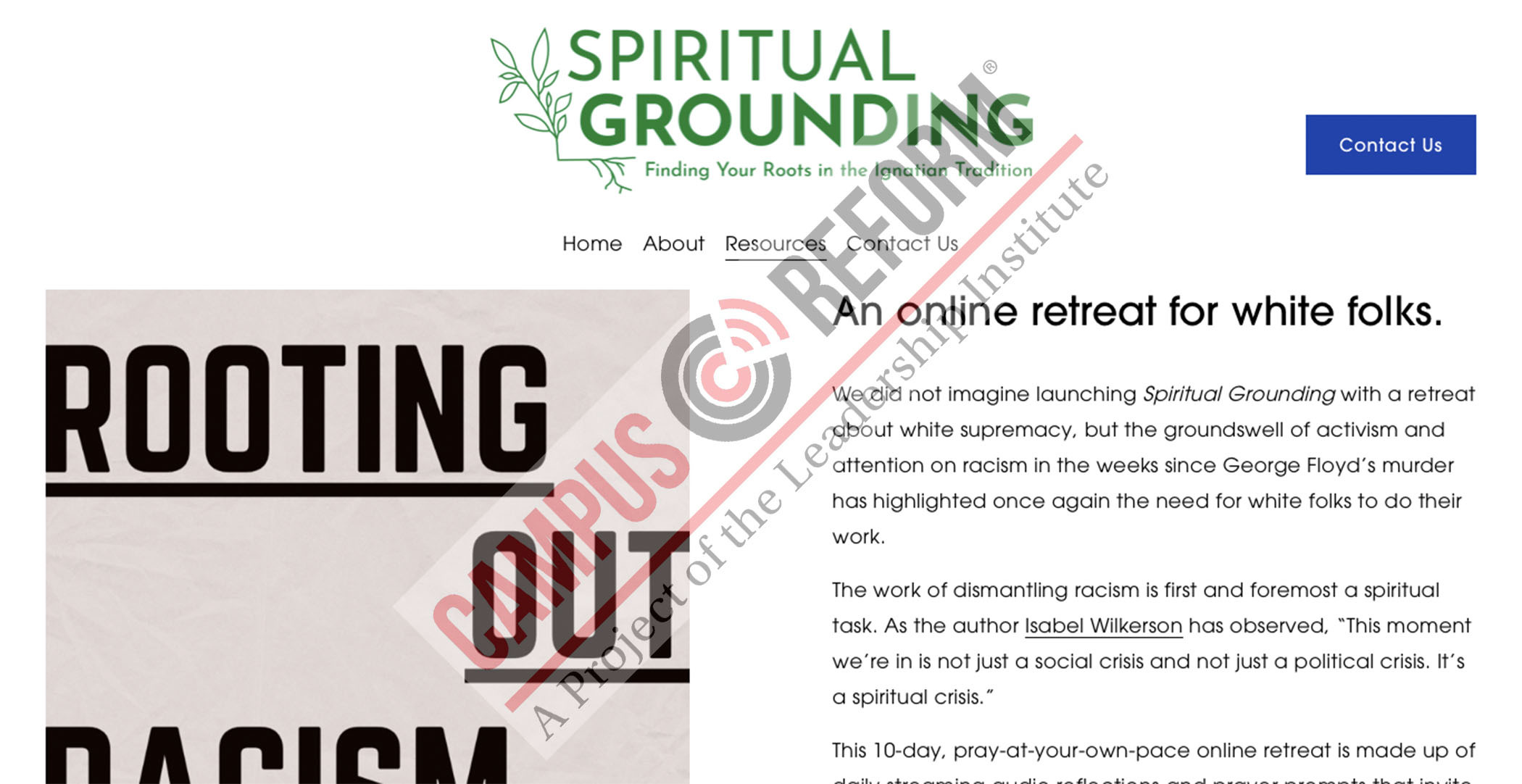 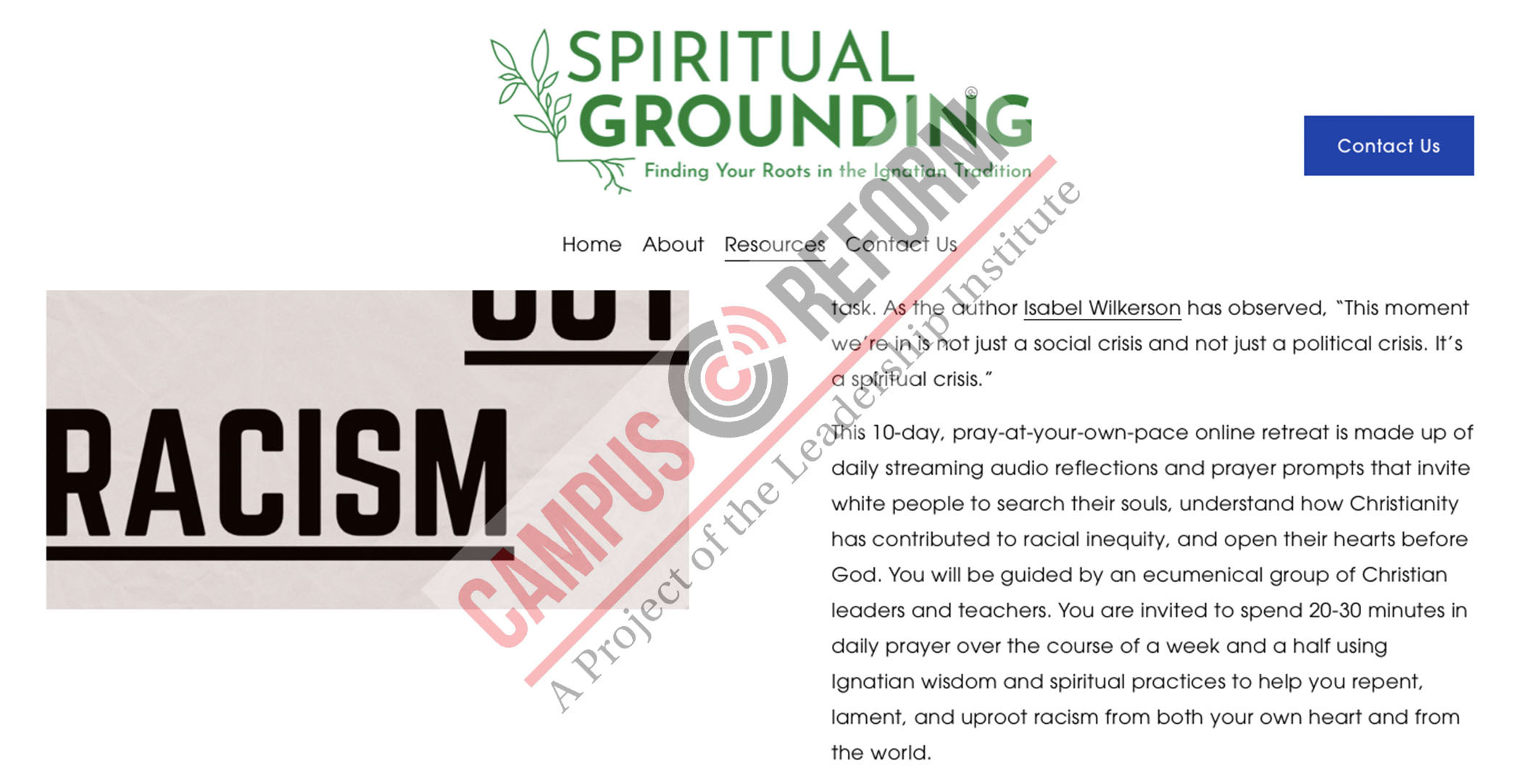 Spiritual Grounding also has other notable links to higher education.

The organization’s two founders, Lauren Schwer and Oliver Goodrich, both serve as university administrators. Schwer is the Associate Director of Campus Ministry at Loyola University Chicago, where she "is responsible for developing and implementing a campus-wide retreat program..."

Goodrich is the Associate Dean of Students for Spirituality and Meaning-Making at Cornell University, where he "provides oversight and support to Cornell United Religious Work, Cornell’s long-running chaplaincy program that facilitates the campus engagement and community building of 24 spiritual and faith leaders."

“A retreat about 'white supremacy' is unnecessary. A retreat on racism, and the problems we face in our personal lives, the way we treat others, and the means by which we achieve 'equity' ought to suffice," Layton said. "Of course, I can't speak for the journeys some students find themselves on, but I'd bet they aren't 'white supremacists' if they're partaking in this retreat. Religion, especially Christianity, has a lot to offer in the intellectual pursuit. It helps us find the humility to engage with others respectfully (we don't know everything!), to have empathy for the feelings of others, and ultimately to understand (in broad terms) that our intellectual or ideological others are likely seeking the same ends--seeking to do good.”

Layton also said that while American Christianity should acknowledge its past, they can do that without Critical Race Theory.

"I believe American Christianity has a place to acknowledge its past, distance itself from the theology that upheld slavery and segregation as a natural right, and have a seat at the table today. It can do that without dabbling in the cult of Critical Race Theory," Layton said.

Tufts University declined to comment and Spiritual Grounding did not respond to Campus Reform’s request for comment in time for publication.

Kyle Reynolds is an Indiana Campus Correspondent with Campus Reform. He is a sophomore at Indiana University, Bloomington where he studies public policy, economics, and political science. Kyle is the president of The Crimson Post, a student publication on IU's campus, and is a campus ambassador for the Leadership Institute.