Students at Georgetown University in Washington, D.C. are calling on the Catholic school to condemn a student-led, pro-life effort. 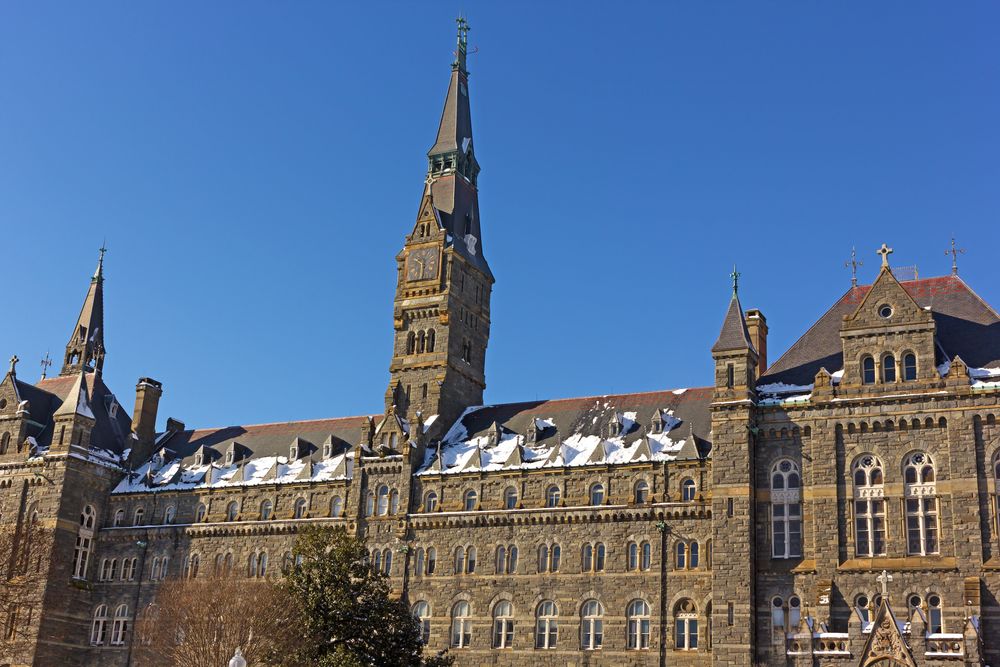 Pro-abortion students at Georgetown University demanded the Catholic school condemn pro-life speakers at the recent Cardinal O’Connor Conference on Life, an annual event organized by students at the nation’s oldest Catholic institution of higher education. The conference, which bills itself as “the largest student-run, pro-life conference in the nation,” has been held at Georgetown for more than two decades.

H*yas for Choice, an organization of Georgetown students that is not formally affiliated with, or supported by, the university, submitted a petition to the school’s administration with signatures from more than 600 members of the campus community.

The petition calls out Dr. Alveda King, the niece of Dr. Martin Luther King, Jr., who is scheduled to participate in a panel discussion, for her opposition to same-sex marriage – as well as her support for former President Donald Trump and her criticism of the Black Lives Matter organization. The petition also opposes Valerie Huber, another speaker and former HHS official, because she worked for the Trump administration and has supported abstinence-only sex education.

Sister Deirdre “DeDe” Byrne, a Catholic nun and an accomplished physician, is also addressed in the petition not just for her pro-life views, but for her support of Trump and her speech at the 2020 Republican National Convention.

H*yas for Choice and their allies are asking the university’s administrators to issue a campus-wide email “explicitly condemning the unjust, appalling actions of Cardinal O’Connor,” as well as “the racist, misogynistic, homophobic, and transphobic rhetoric of the keynote speaker and panelists.”

The petition also insists that the event organizers change the name of the conference by the end of 2021 to a title that “does not glorify a person associated with racism, homophobia, transphobia, misogyny, and other problematic and harmful beliefs.”

The student newspaper’s editorial board also called on the school to drop its support of the conference, which the editors likened to an endorsement of anti-LGBTQ viewpoints.

The late Cardinal O’Connor was the archbishop of New York from 1984 until his death in 2000. He is also a Georgetown alumnus, having earned a Ph.D. in government from the university in 1970.

Cardinal O’Connor’s legacy on LGBTQ+ issues and abortion is more complex than the petition describes. According to a commendation from Congress awarding him the Congressional Gold Medal, O’Connor “led the effort to open New York State's first AIDS-only unit at St. Claire's Hospital, remaining a frequent visitor and volunteer at the hospital."

Following an increase in homophobic violence in New York City, O’Connor told his congregation, “anyone who does such a thing thinking it is justified by church teaching about homosexual behavior is grossly ignorant of what the church actually teaches.”

The late Cardinal also promoted abstinence-only sex education and spoke out against the distribution and use of condoms, attracting protesters while the AIDS crisis was at its peak.

The petition contains anonymous statements from undergraduate students, alleging that they feel "unsafe" due to this event, which took place virtually in light of the coronavirus pandemic. It is unclear from the petition how condemning the speakers or changing the conference’s title would impact student safety.

Attendance at the event was optional for all students.