Within minutes of the news of his death, professors took to social media and rejoiced.

Conservative talk radio legend Rush Limbaugh passed away from lung cancer and, within minutes of the news breaking, professors took to social media and rejoiced over his death.

Limbaugh hosted a variety of conservative television and radio programs over the course of decades, including The Rush Limbaugh Show. He was one of the most influential talk radio hosts in the United States and was inducted into the National Radio Hall of Fame. During former President Donald Trump's last State of the Union address in February 2020, Limbaugh was awarded the Presidential Medal of Freedom, the nation's highest civilian honor.

On February 17, Limbaugh’s wife announced his death from his radio program.

However, Limbaugh was far from popular among members of American academia.

One professor at Louisiana Tech, Drew McKevitt, stated that he was taught to point out that people are a "massive piece of sh**"" if there's nothing nice to say about them.

“I wouldn't say I was happy that Rush Limbaugh died. It's more like euphoria,” said Scott Shapiro, a professor at Yale University’s law school, in a since-deleted tweet.

Anthea Butler — chair of the religious studies department at the University of Pennsylvania and a co-chair of Catholics for Biden — tweeted an ambigious celebratory GIF about an hour after the news broke.

Jared Yates Sexton, a professor at Georgia Southern University, called Limbaugh “one of the most harmful and poisonous people in the modern United States of America.” 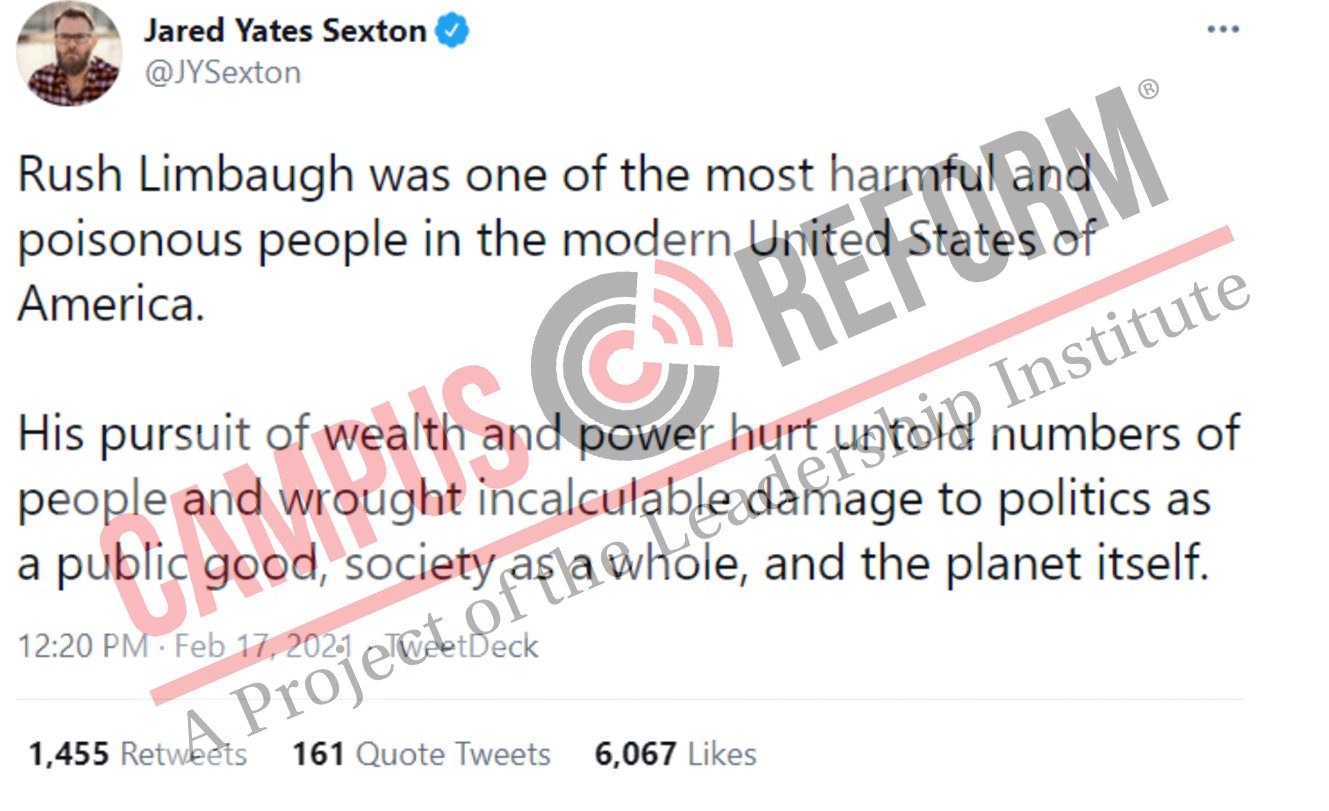 Jeffrey Jones — a professor of communications at the University of Georgia — said that Limbaugh “revived overt and dog whistle racism.”

Ryan Devlin — an assistant professor at the Pratt Institute — tweeted a GIF of a body thrown into a dumpster. The tweet has since been deleted. 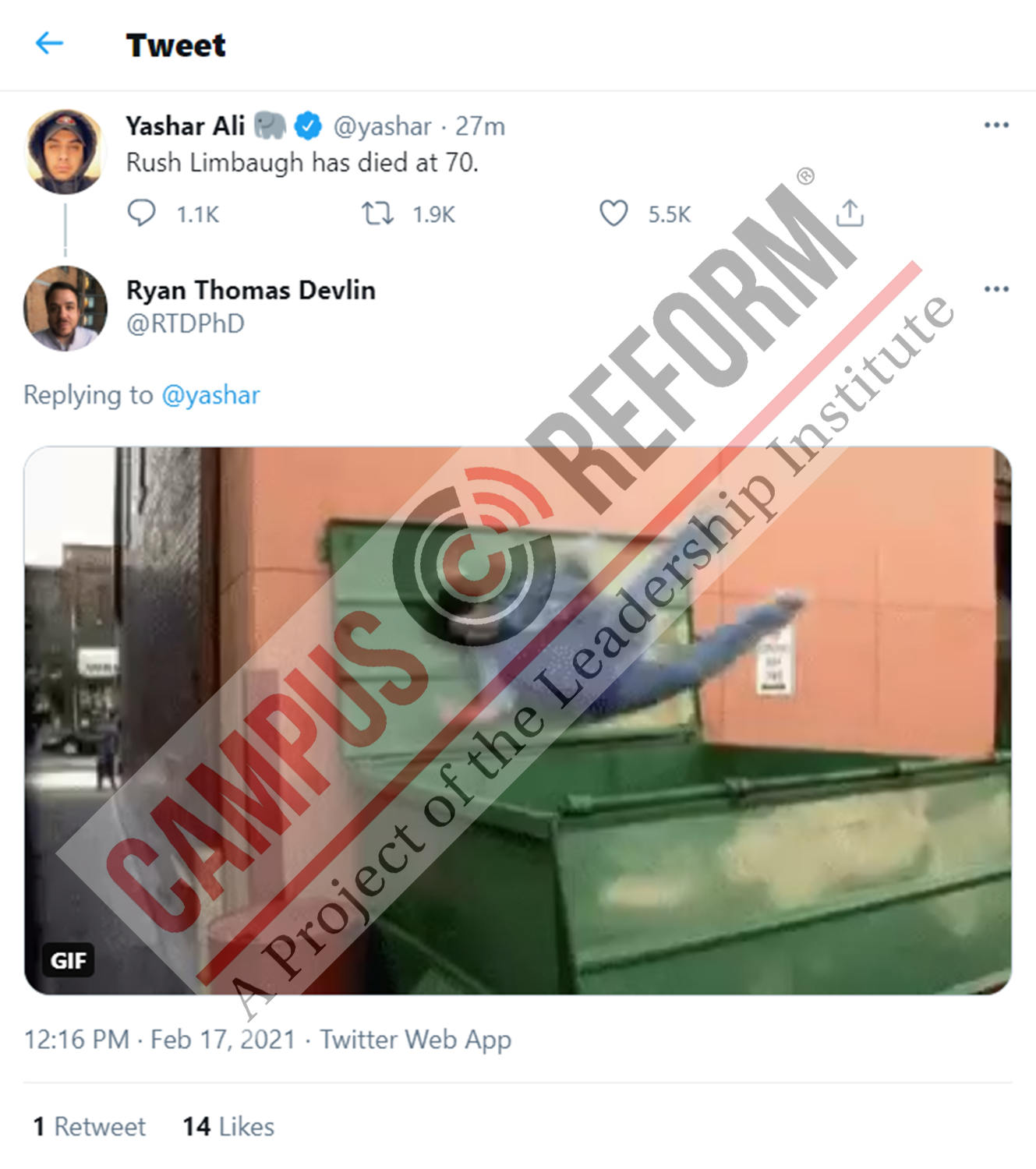