Swarthmore College in Swarthmore, Pennsylvania offers a course titled "Radical Jesus," which is taught by a professor who said that he teaches Jesus is "nonbinary."

A leading theologian told Campus Reform that theory is incorrect, and offered an explanation as to why.

A Swarthmore College professor teaches a class based on his book, which asserts that Jesus was “nonbinary.”

Mark Wallace, a religious studies professor at Swarthmore College in Swarthmore, Pennsylvania, was interviewed for an article in October about his new class “Radical Jesus” or “RELG 004”. Wallace teaches the course based on his latest book, When God was a Bird.

According to Swarthmore, Wallace's course includes "sessions on Jesus as an animist, alongside examinations of Jesus as a political revolutionary and nonbinary in a gender sense. Wallace wrote in his book that he believes, “All of creation and its many inhabitants are God in a variety of forms and disguises.”

“There, you’ll see a rich environmental ethic, not a religion about a God who is distant and abstract and invisible, up there in the sky somewhere,” said Wallace. “It’s a way of rethinking Christianity as a way of life, consistent with the cultures and spiritualities of Indigenous peoples.”

Campus Reform contacted Wallace to clarify his claims, He said he believes that “gender is fluid or socially constructed.” He also gave Campus Reform a copy of his "Radical Jesus" syllabus in which he explains that he wants students to “Learn to identify oneself and others according to preferred pronouns,” because this “shows respect for others, as does the willingness to experiment with gender-nonconforming language for terms such as ‘God’ or ‘the sacred.’” In his class, he teaches that Jesus is nonbinary.

Speaking with Campus Reform, Wallace expanded upon his previous statements, utilizing the story found in Mark 5:25-34 about the bleeding woman who crawled to Jesus, touched His garment, and was later healed.

Wallace insisted that the power that flowed out of Jesus was an “internal flow” reacting to the woman’s touch.

“Jesus is female-like because he flows or leaks, Wallace explained. “We can say, then, that Jesus is gender-nonconforming, doubly-gendered, or not traditionally male in these and other passages.”

Bock, referring to the story of the bleeding woman, said, “This act did not make her a non-female, but a functioning female. A misread of the cultural significance of what took place. She could now reenter society as a woman and not be isolated because she had been unclean.”

Bock concurred that “the thing that ‘flowed’ was his power” but said the “'flow' “had nothing to do with His gender but His access to the power of God.”

Wallace further defended his nonbinary theory to Campus Reform by referencing Mathew 19:12, where Jesus applauds men who made themselves eunuchs. Bock said, “Please understand the figure of speech here. It is not making themselves literally a eunuch, but accepting celibacy as a way to be dedicated to the kingdom” and continued that Jesus did not “neutralized sexual identity but affirmed people, male and female.”

In a statement to Campus Reform, Bock said he believes, in his professional opinion, that Wallace is “disregarding the original context for modern concerns, specifically, non-binary gender.” Bock supported his opinion by mentioning that the “Greco-Roman times did not deny the truth about created gender.”

While Wallace may have the “intentions to tell the truth about the history of the Christian religion and its relevance to today,” and while he has “no intention of attacking Christianity,” Bock said he believes Wallace “does not understand historic Christianity.”

Bock told Campus Reform that out of all of Wallace’s claims, only “two are correct.”

Campus Reform contacted Swarthmore College for comment but did not receive a response. 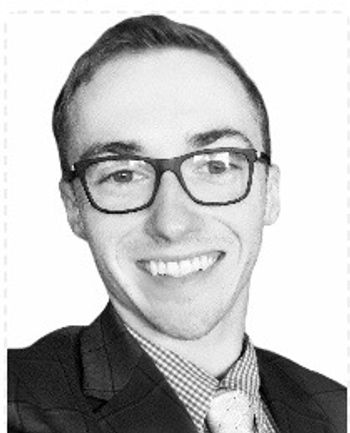