Florida State University has cancelled a course which aimed to examine the “weaponizing” of White womanhood.

The university cancelled the course after a Campus Reform report. 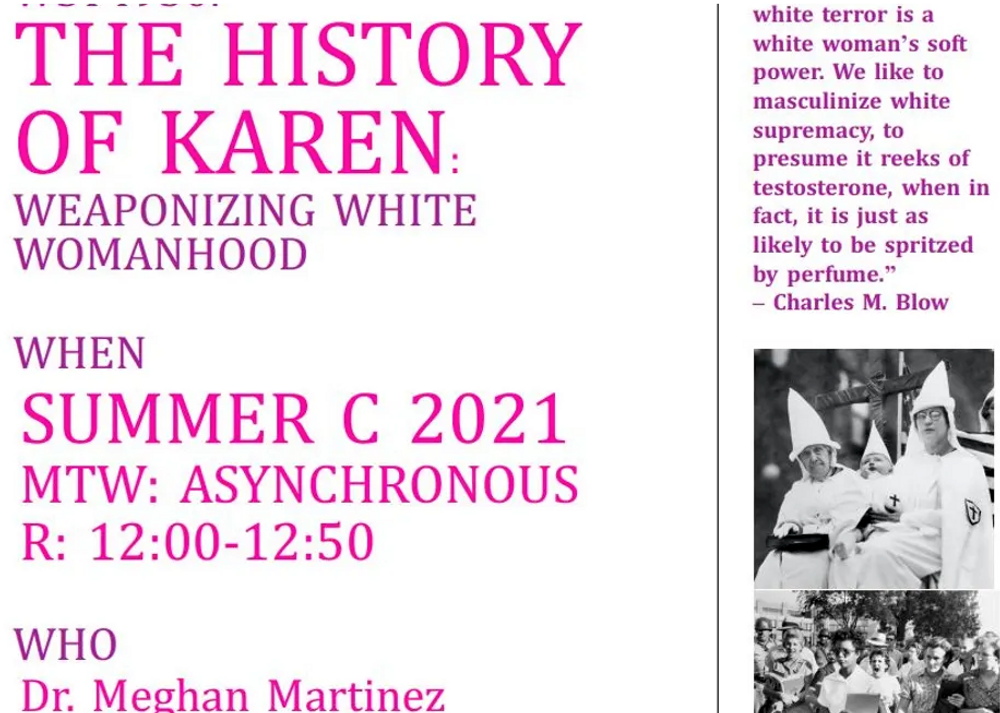 Florida State University has cancelled a class on the "History of Karen" that promised to examine the “weaponizing” of White womanhood.

The course, titled "The History of Karen: Weaponizing White Womanhood," which was originally scheduled to take place during the summer 2021 semester, was cancelled after Campus Reform reported on the course.

A university spokesperson told Campus Reform that "The course is no longer being offered," bud did not elaborate on the decision.

The course flyer is no longer on the Florida State University website. As of March 28, the course offering was still listed on the summer 2021 semester class schedule, but is now not listed.

Campus Reform reported on a poster for the class that included a emoji-character with a stereotypical hairstyle alongside a picture of women in Klan hoods.

The poster has since been removed from the FSU website, but an archived version can be viewed here.

The document also contains a quote attributed to columnist Charles Blow which reads, “The activation of white terror is a white woman’s soft power. We like to masculinize white supremacy, to presume it reeks of testosterone, when in fact, it is just as likely to be spritzed by perfume.”

[RELATED: College hosts ‘community radical’ who claims White people must be willing to say ‘I am a racist’]