One graduate student at the University of Illinois at Chicago recently started the "Black Matriarch Archive."

The student told Campus Reform that the archive is "not just limited to cisgender black people."

One graduate student at the University of Illinois at Chicago has recently started the "Black Matriarch Archive."

According to the university website, the "Black Matriarch Diaspora," created by graduate student Alkebuluan Merriweather, was on Instagram and is meant to "encourage members of the African diaspora to submit images and video documentation of black elders, whether they may be grandmothers, great-aunts, godmothers, or caregivers."

Merriweather notes that the archive is "not just limited to cisgender black people."

"We encourage everyone to submit imagery of the black women in their lives, whether they are your drag mother, godmother, great-aunt, caregiver, or nonblood related relatives. BMA is intended to be a space for ALL black people, including the LGBTQIA community and nongender conforming folks," the webpage states.

Merriweather told Campus Reform that he doesn't want the people to view the project in terms of gender, since "Matriarchy" is a gendered term.

“The Black Matriarch Archive seeks to encourage people of African descent to submit imagery of their matriarchs. BMA seeks to create an ongoing record commemorating Black Matriarchs across the African Diaspora," Merriweather said. "Matriarchy is a gendered term and it is NOT our intention to exclude individuals of the LGBTQIA community. We seek to create an archive that is welcomed and celebrated by all however we must acknowledge that Matriarchy is a gendered term and there may be individuals who might feel excluded.” By including all of these individuals it takes away the meaning of matriarch. Matriarch is a gendered term, so why would a 'non-gender conforming folk' want to use this term?"

“Drag Mothers aren't always male. Drag does not have a gender, it is an art form that is celebrated and practiced by many," Merriweather said. "BMA has featured Drag Mothers, Queer icons, and Trans people. In today's world, it my duty to be ally for the trans and gay community therefore I am more than open to doing the research on drag matriarchy, gender neutral language, and seeking ways to be inclusive to those who don't identify as cisgender (straight people).”

Campus Reform reached out to The University of Illinois at Chicago, but did not recieve a response. 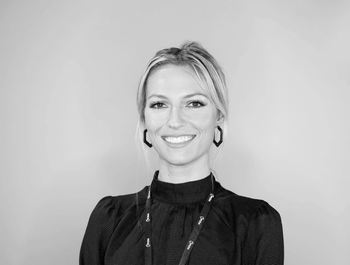