Hunter Biden will be a guest speaker for a political science class at Tulane University.

Although the class will study “media polarization” and “fake news,” many outlets refused to cover Hunter Biden and his foreign ties during the 2020 election.

Hunter Biden will serve as a guest speaker for a Tulane University political science course.

According to an email sent by Leigh Butler, the executive secretary for interdisciplinary programs at Tulane University, obtained by Campus Reform, POLA 3010 — Media Polarization and Public Policy Impacts” — will host Hunter Biden, the son of President Joe Biden, for a guest lecture, alongside other prominent political figures and pundits in the fall of 2021.

“America’s rapidly advancing partisan divide is fueled substantially by the growing political polarization increasingly evident in our news media,” reads the course description. “This course will explore the current state of the media landscape in the United States and how media polarization, fake news and the economics of the news business impact public policymaking in Washington, DC.” 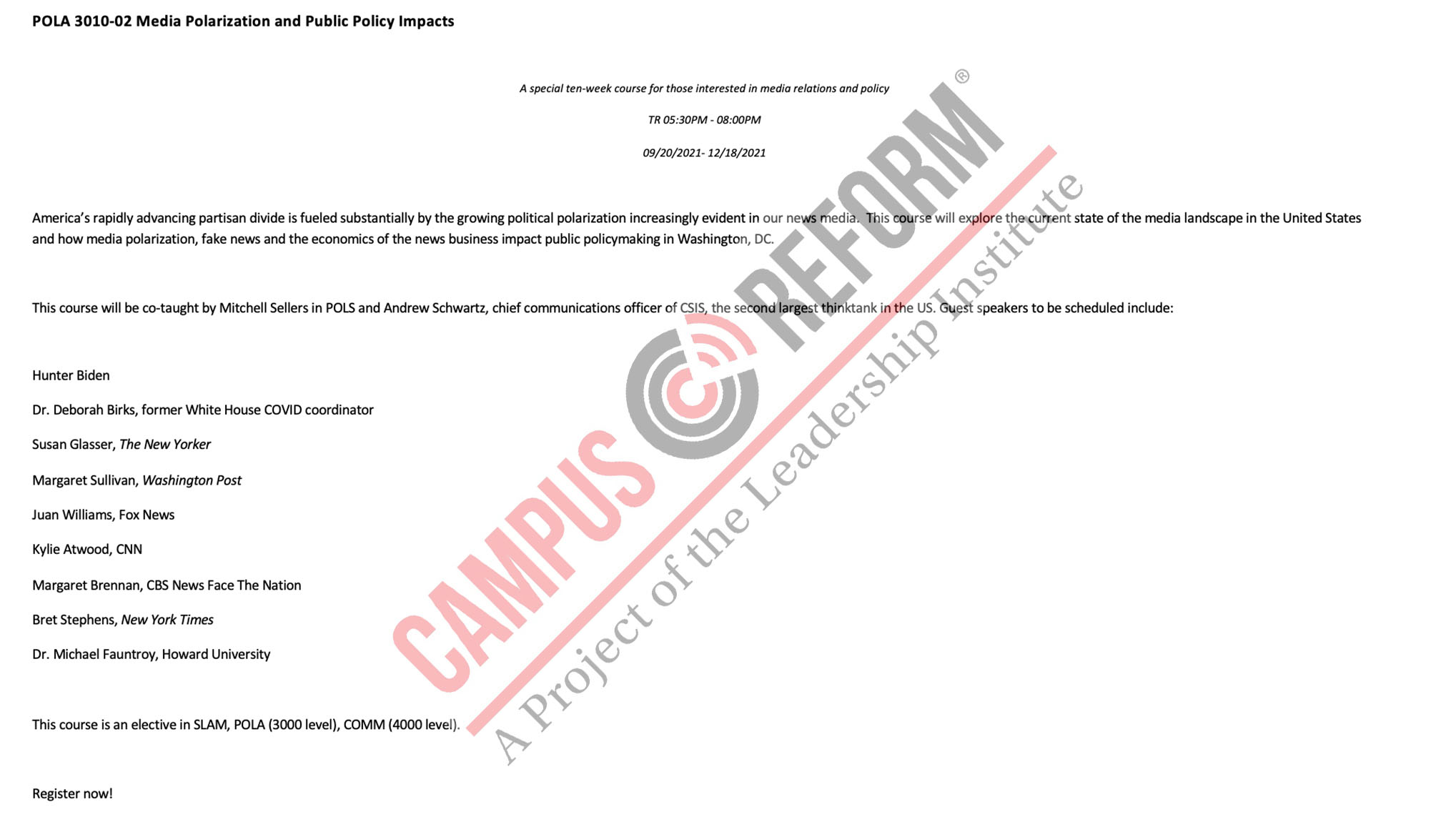 Although the class will study “media polarization” and “fake news,” many mainstream outlets neglected to cover Hunter Biden — whose connections to foreign corporations came into question during his father’s presidential campaign — weeks before the 2020 election.

In particular, Twitter censored the New York Post’s reporting that Hunter Biden had introduced a Ukrainian executive to his father.

Campus Reform reached out to Tulane University, Sellers, and Schwartz for comment; this article will be updated accordingly.