Campus Reform | ‘May include trigger words’: College sends out disclaimer disavowing YAF speaker before her event

‘May include trigger words’: College sends out disclaimer disavowing YAF speaker before her event

The College of Lake County warned students about a Young Americans for Freedom-sponsored speech by Elisha Krauss on its campus.

An administrator warned students about the possible presence of “trigger words” and content “hostile to our way of life.” 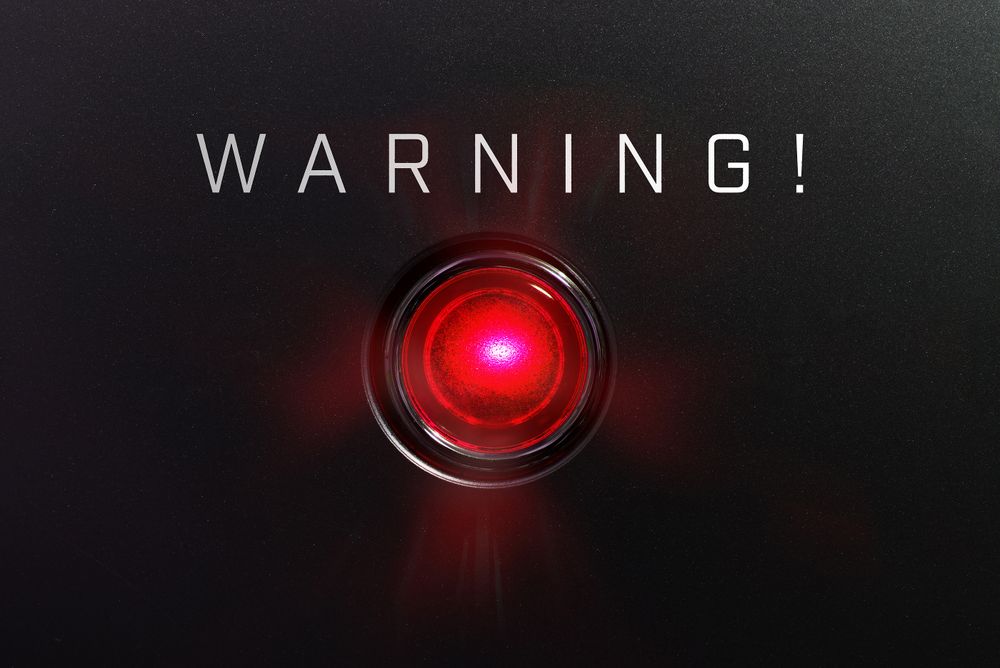 Warning students about the potential for “trigger words,” the College of Lake County denounced a Young Americans for Freedom-sponsored speech by Elisha Krauss on its campus.

Krauss — the host of The Washington Examiner Newsmaker Series and a contributor at The Daily Wire — speaks on issues such as “the pro-life point of view, the Second Amendment, traditional family values, school choice, small government, free speech, feminism, and professional growth.”

As YAF reported, in an email to the student body, College of Lake County Vice President Karen Hlavin told students that the event may contain content with “trigger words.” 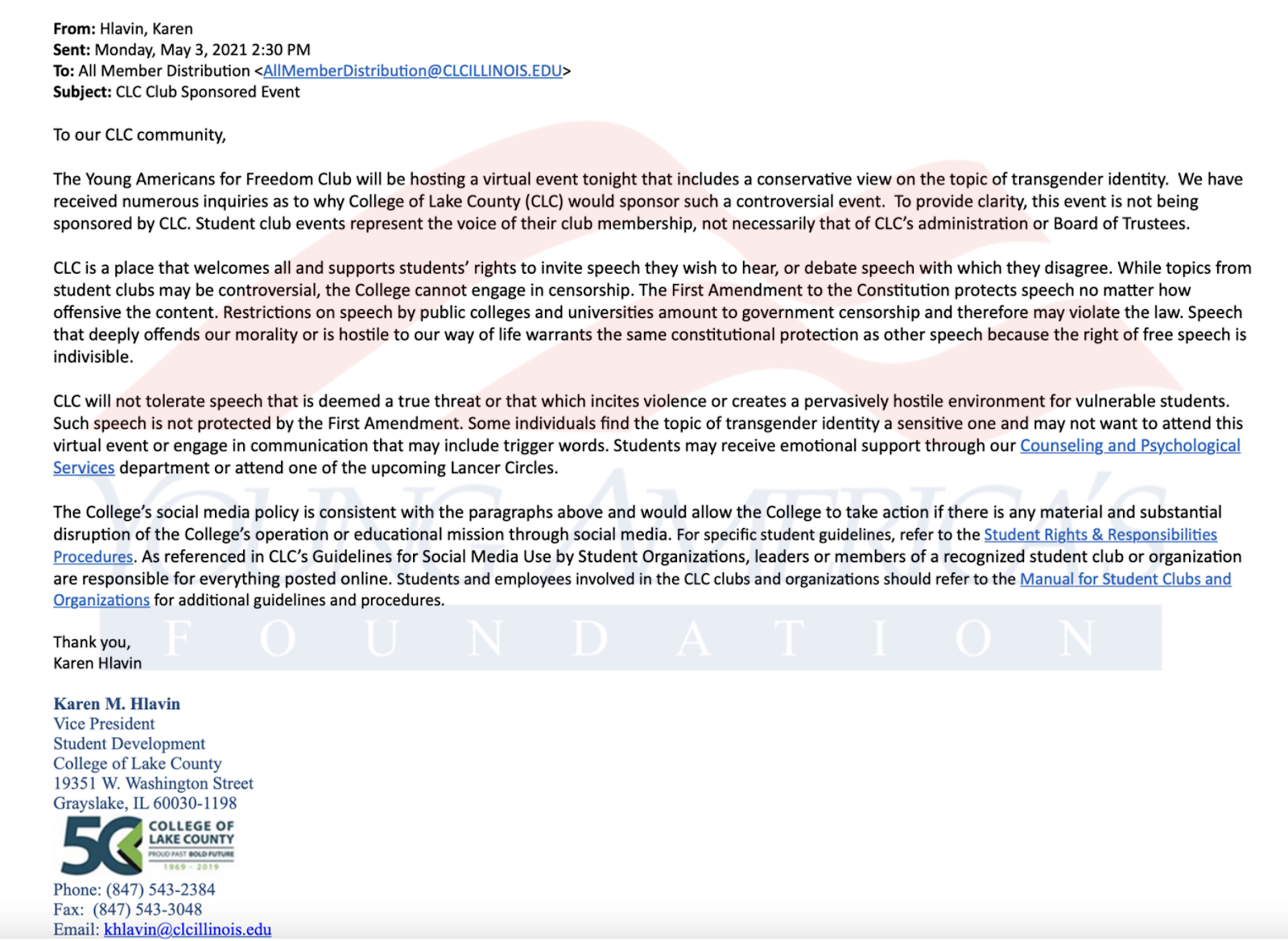 “Speech that deeply offends our morality or is hostile to our way of life warrants the same constitutional protection as other speech because the right of free speech is indivisible,” read the email.

“Some individuals find the topic of transgender identity a sensitive one and may not want to attend this virtual event or engage in communication that may include trigger words,” the email continued. “Students may receive emotional support through our Counseling and Psychological Services department or attend one of the upcoming Lancer Circles.”

[RELATED: He was berated by his professor for supporting police. Now he has a message for other young conservatives.]

“My first reaction is always shock when schools do this and then I realize that they’re doing it because they’re afraid,” Krauss explained to Campus Reform. “Our side isn’t as vitriolic or social media triggered as the radical left and often institutions and colleges feel as if they have to pander to those radicals or face a larger PR/money battle.”

“The truth is though, I think in real America common sense prevails and they’d recognize that their liberal professors who target conservatives on campus are not supported by their alumni and others,” she added.

YAF spokeswoman Kara Zupkus told Campus Reform that although members of the college’s administration were present on the call, “there was no interference.”

Campus Reform reached out to the College of Lake County for comment; this article will be updated accordingly.