The governor of Tennessee signed a bill that bans Confucius Institutes from existing at public colleges or universities in the state.

The bill also forces public colleges and universities to disclose gifts or contracts from foreign sources valued at more than $10,000.

The governor of Tennessee signed a bill that would require public colleges and the universities in the state to disclose gifts or contracts valued at more than $10,000 coming from a foreign source, and bans Confucius Institutes from existing at any public institution of higher education.

Senate Bill 1191, the “Transparency in Foreign Investment Act,” was signed into law by Tennessee Governor Bill Lee on May 5, and also prohibits public institutions of higher education in the state from accepting gifts or entering contracts with foreign sources if they believe the integrity of the institution’s research would be threatened.

The bill states that if a public college or university enters a contract with a foregin source that is valued at more than $10,000, the institution will be required to disclose how much the contract was worth, who the contract is with, the university department associated with the contract, the start and end date of the contract, as well as a brief description.

Currently, Section 117 of the Higher Education Act of 1965 requires U.S. colleges and universities to report contracts and gifts that contain a value of $250,000 or more.

The bill will take effect on July 1.

Caesar Schanzenbach, a student at the University of Tennessee, Knoxville told Campus Reform that the bill is a “fantastic first step.”

“It is the students of Tennessee that must lead the way in spreading awareness of the threat the Chinese Communist poses,” Schanzenbach said. “And lead the way we have: both Tennesse College Republicans and Tennessee College Democrats came together this past semester to jointly launch a Tennessee branch of the Athenai Institute, which is dedicated to pressuring legislators and students to act against Chinese influence on our campuses. 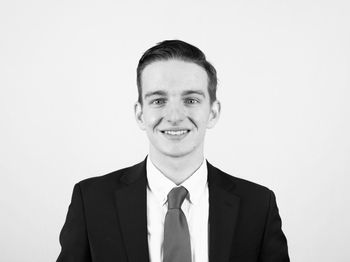