Alabama lawmakers introduced legislation that would have banned Confucius Institutes from the state's public university campuses.

The bill did not become a law, with some expressing political and economic interests in maintaining the institutes' partnerships with state schools.

An Alabama education official told a state lawmaker that a bill banning Confucius Institutes would have "unintended consequences."

During my tenure serving as a two term Executive Director for the College Republican Federation of Alabama, our group worked to shed light on the state’s ongoing relationship with Confucius Institutes. After filing a Freedom of Information Act Request to the Alabama Commission on Higher Education, our efforts resulted in a series of disconcerting emails which confirm the state is actively trying to keep Confucius Institute's on campus.

In Fall 2020, our group partnered with AL state representatives to craft legislation which would eliminate CCP-funded Confucius Institutes from the state’s campuses. H.B. 9, carried by State Representative Tommy Hanes and S.B. 280, carried by Senator Shay Shelnutt, both failed to pass.

According to documents obtained by Campus Reform, Jim Purcell, executive director of the Alabama Commission on Higher Education, emailed Alabama state Representative Terri Collins, chairwoman of the Alabama House Education Committee, on March 5 and told her that banning Confucius Institutes in Alabama could have "unintended consequences."

"The targeted approach against the Confucius Institute could have unintended consequences such as a reduction in Chinese students enrolling in Alabama universities and even perhaps impact Chinese businesses in the state," Purcell said. 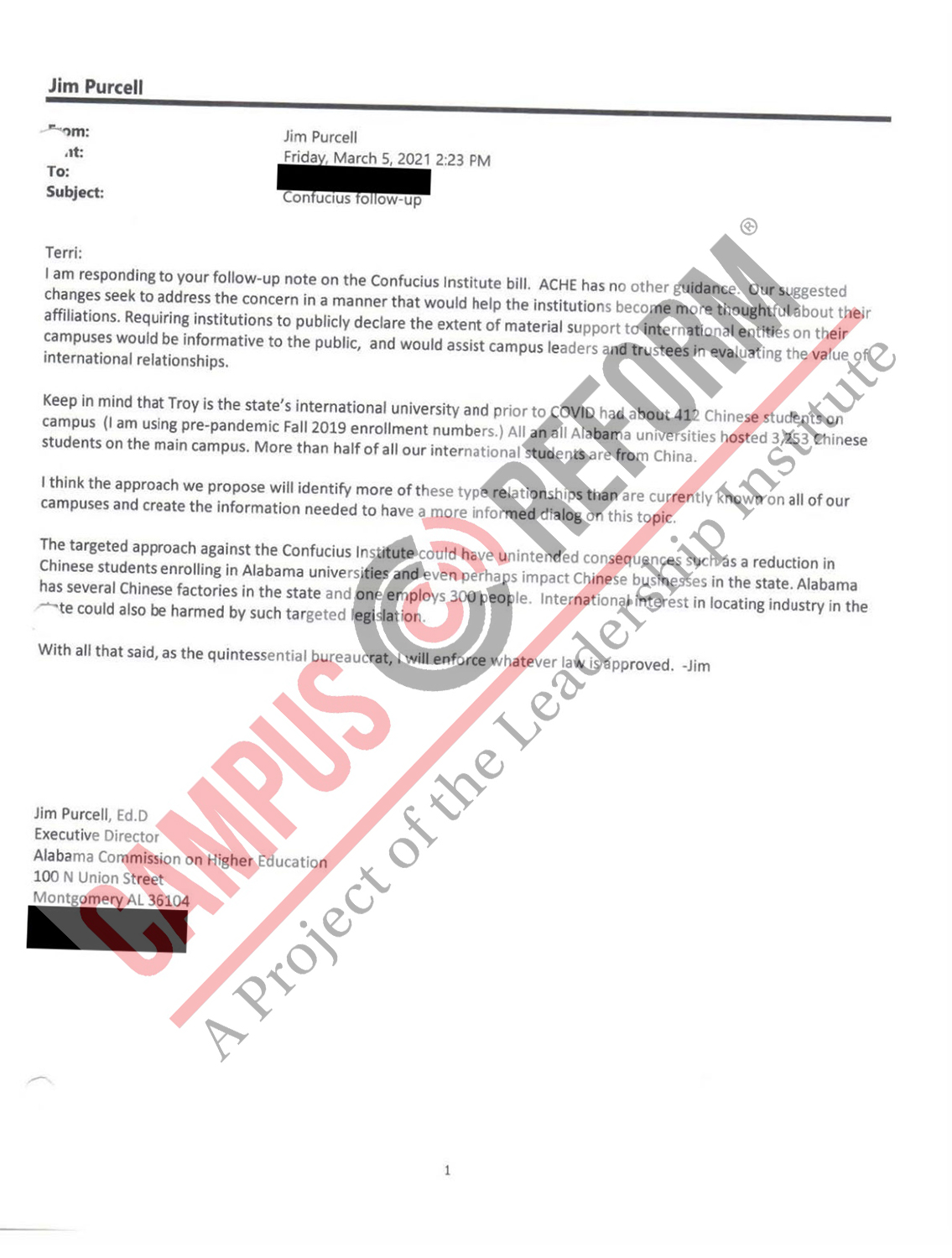 In a May 25 email to Purcell obtained through public records, Troy University Chancellor Jack Hawkins defended the relationship that the university has with Hanban, the institutes' governing body, stating that the positives outweigh the negatives.

"To date we have received many benefits from our sponsorship of the CI--particularly the inter-institutional and personal relationships we now enjoy with universities and individuals throughout China," Hawkins said. “When the disadvantages of CI sponsorship outweigh the advantages, we will review options.” 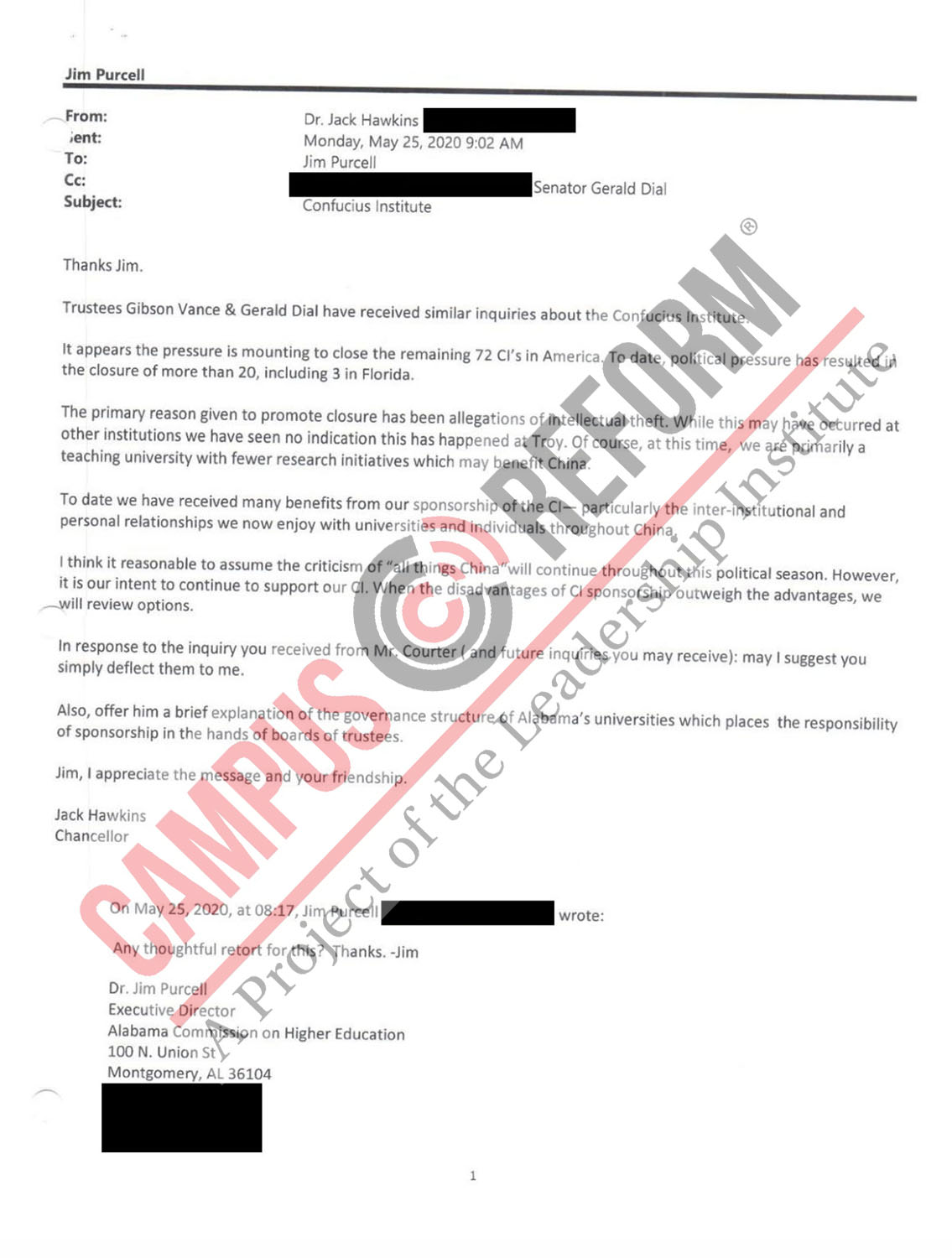 Confucius Institutes are joint educational initiatives between different Chinese and American universities. Former Secretary of State Mike Pompeo, however, has given the program a "foreign mission" designation and stated that the program is “part of the Chinese Communist Party’s global influence and propaganda apparatus."

A Campus Reform report in May found that several American universities have surrendered academic control of their Confucius Institutes to Hanban, an entity affiliated with the Chinese government’s Ministry of Education. 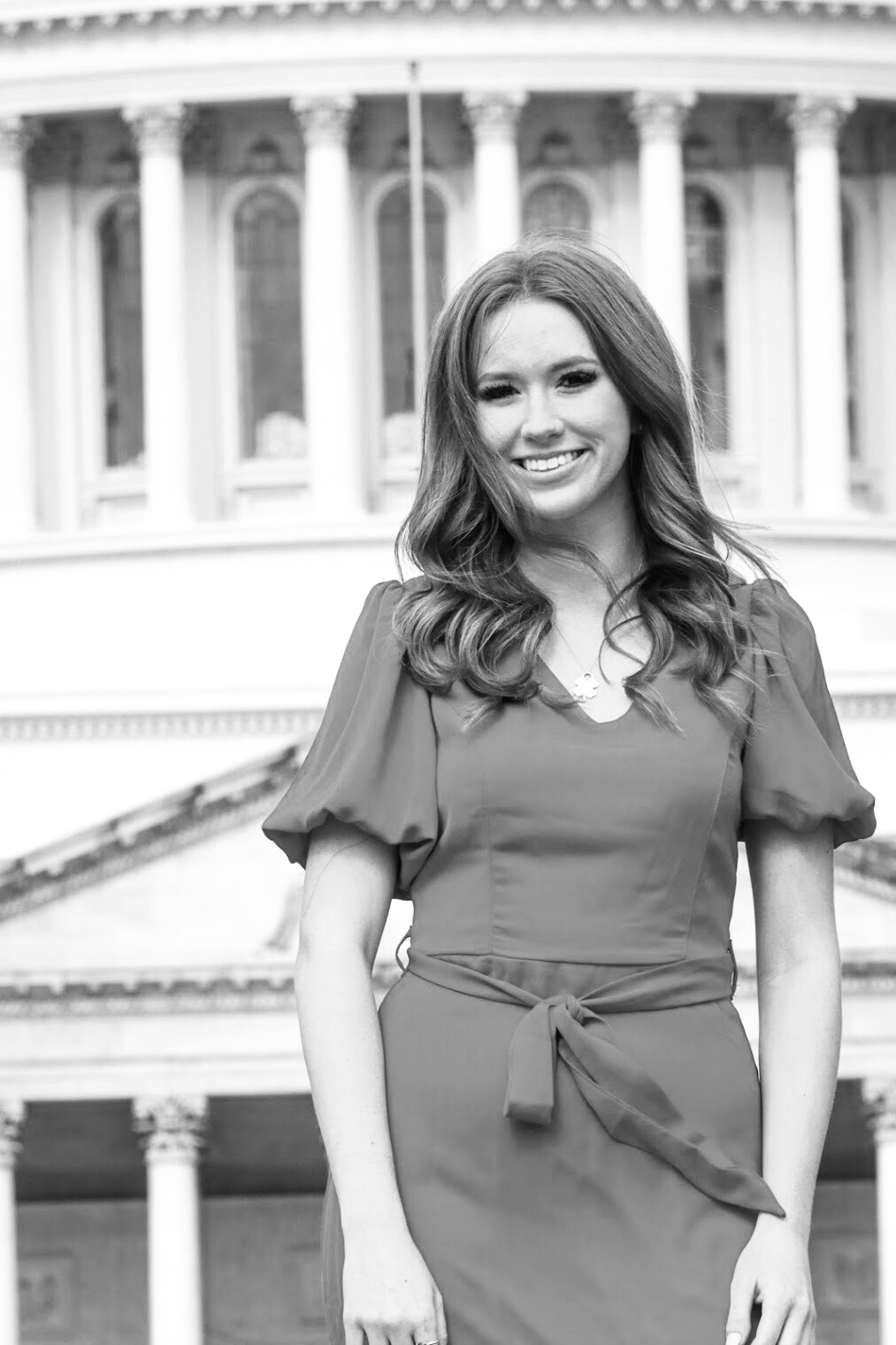 Lauren Baldwin is an Alabama Correspondent for Campus Reform. A senior studying Political Science and Philosophy at the University of Alabama, Lauren served a state role as Executive Director for the College Republican Federation of Alabama and looks forward to starting her career on Capitol Hill following graduation.