The administration sent an email to a student leader promising that the university would remove the controversial text from a wall on campus.

'Campus Reform' was the first to report on the display at PSU.

Following a student-led campaign to take down a quote by Cuban dictator Fidel Castro, Pennsylvania State University announced on July 17 that it would remove the text from its Paul Robeson Cultural Center.

One day after Campus Reform first reported Erik Suarez’s efforts, the university told the student that it intends to dispose of the display.

“The University agrees with the concerns you and others have expressed and the quote is being removed,” Frank T. Guadagnino, vice president for administration, wrote to Suarez in an email obtained by Campus Reform. 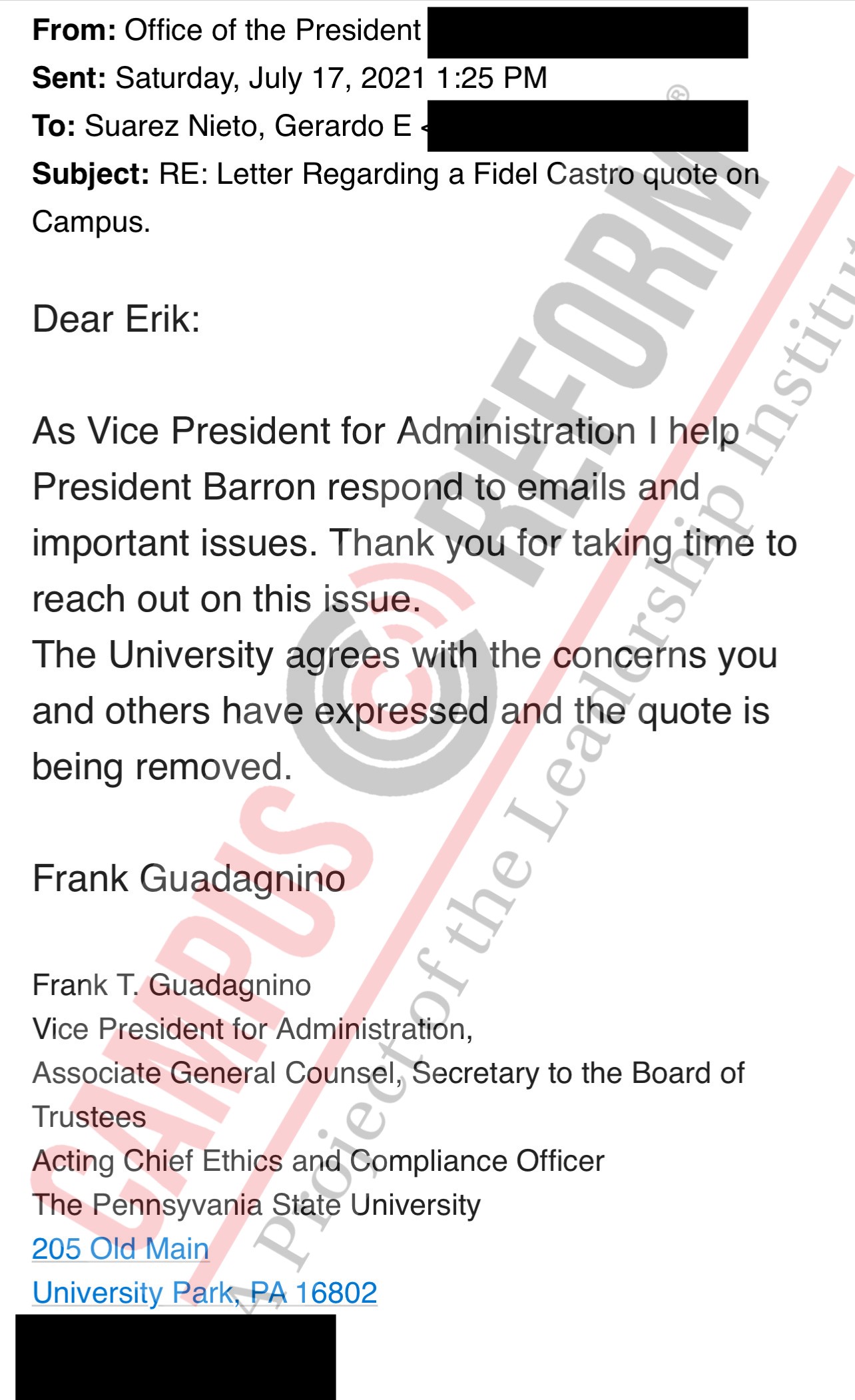 The quote in question reads as follows:

"The equal right of all citizens to health, education, work, food, security, culture, science, and wellbeing — that is, the same rights we proclaimed when we began our struggle, in addition to those which emerge from our dreams of justice and equality for all inhabitants of our world — is what I wish for all."

[Related: WATCH: Cubans Give College Students A Lesson On Communism]

Campus Reform, the first to report on the quote, reached out to Penn State for a timeline on its removal. The university did not provide a date.

This article will be updated accordingly.