One class required for freshmen at American University now has a section only for Black students.

The school newspaper reported that AU may create additional affinity spaces based on gender identity.

American University has created a Black-only course section, or classroom, for a class on racism, which freshmen are required to take.

Many universities use course sections to break larger cohorts into smaller-sized classrooms.

According to The Eagle, the university added a Black affinity course section to AUx2, a class where students learn about "race, social identity, and structures of power." In the course, students will "evaluate how racism intersects with other systems of oppression."

The student newspaper states that all-Black sections of the course began during the spring 2020 semester, an addition that had been considered for a few years.

“We’ve definitely heard from Black students and other students of color that the material can be a lot for them because it is part of their lived experiences,” Izzi Stern, the AUx program manager told the student newspaper. “And we wanted to create a space where they could be together in community and have an overall positive experience with the course.”

On the university’s webpage, a former AUx2 peer said this:

“The AUx Program is fundamentally shifting the culture, and students, of American University, while simultaneously fulfilling the institutions' commitment to social justice and equity. I could not be more enthusiastic about my support for the transformative impact of the AUx2 course.”

Julien Hector a sophomore at American University, told The Eagle, “Having an all-Black space truly changes the way you interact in that space and the level of comfort you feel.”

Hector later on in the student newspaper article, went on to question why American University had not added more affinity groups based on race. The article goes on to say that AU might be adding affinity groups not just based on race, but based on other defining characteristics such as gender identity.

Campus Reform reached out to American University for comment but did not receive a response. 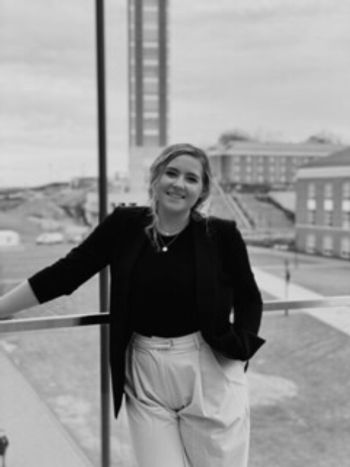