A Syracuse University professor suggested that the 9/11 attacks were the first time white Americans felt fear in their home nation.

The day before the 20th anniversary of September 11, 2001, a Syracuse University professor said she was "disturbed" by the way white people talk about the attacks.

In a Twitter thread published early Friday morning, Jenn Jackson, an associate professor within the Syracuse department of political science, who teaches LGBT studies, African American studies, and women’s studies, expressed that she was “disturbed" by "how many white pundits and correspondents” talk about 9/11. 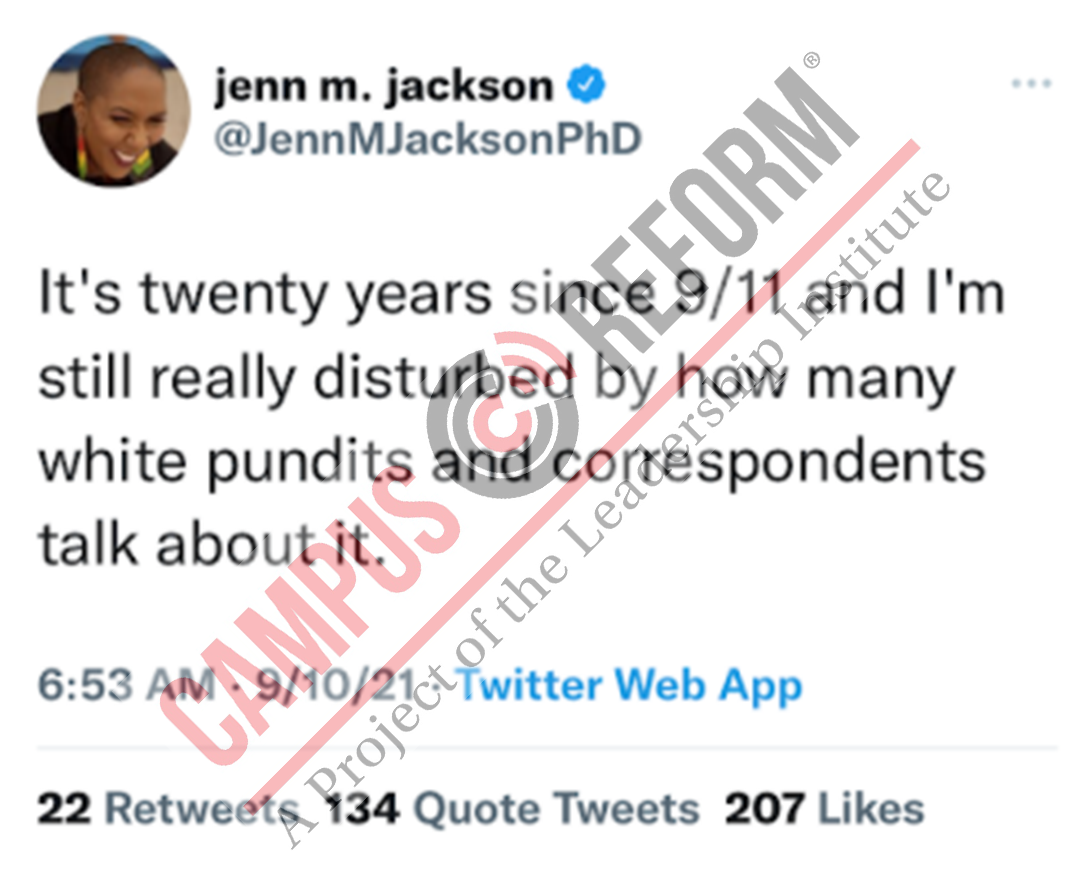 “I’m watching Andy Card and Jeh Johnson on MSNBC,” she explained. “Card just said that 9/11 was the first time that Americans ever felt fear. He said that it was the last morning we woke up without fear and that the ‘terrorists’ succeeded in introducing us to fear.”

“White Americans might not have really felt true fear before 9/11 because they never felt what it meant to be accessible, vulnerable, and on the receiving side of military violence at home,” she argued. 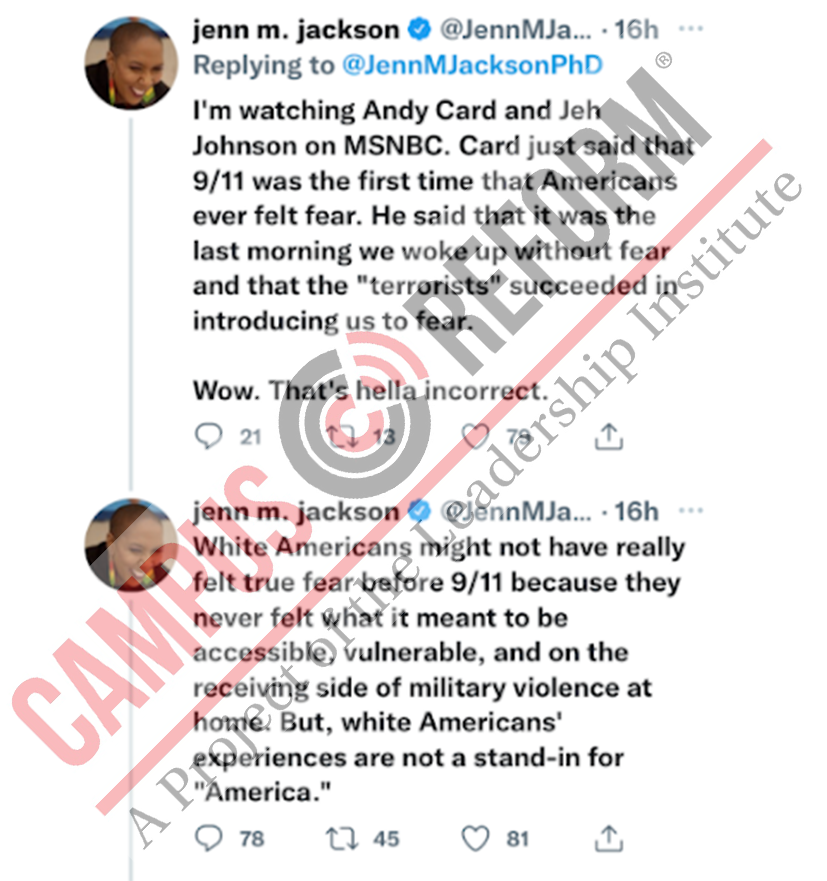 Jackson referenced themes having to do with supposed systemic racism within the United States.

“Plenty of us Americans know what it’s like to experience fear and we knew before 9/11. For a lot of us, we know fear *because* of other Americans.” 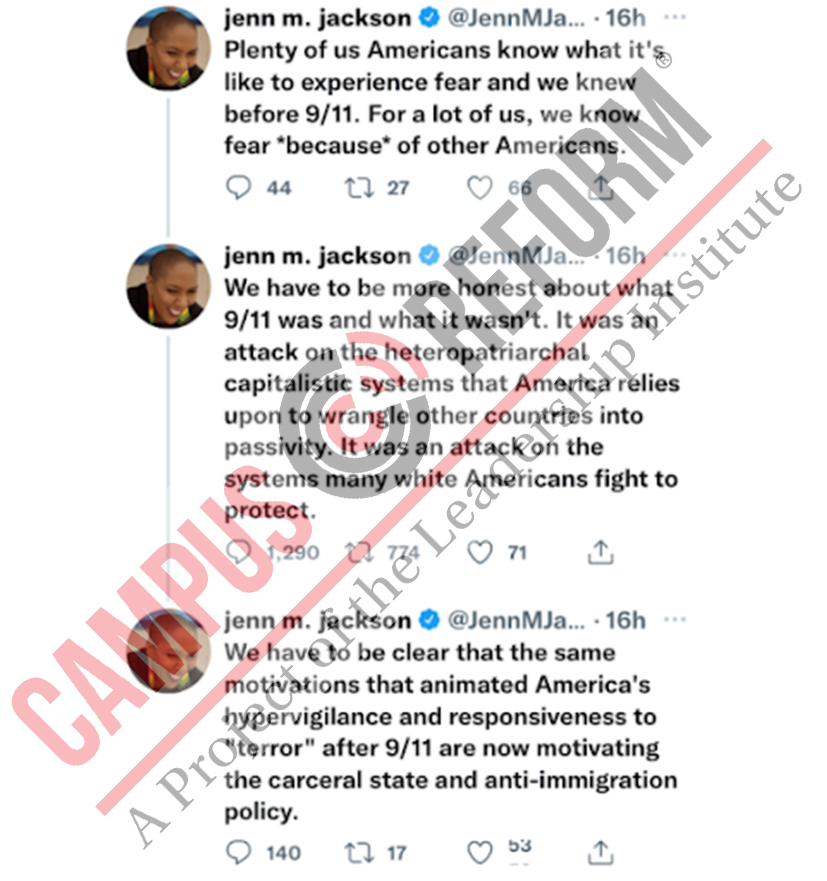 “We have to be clear that the same motivations that animated America’s hypervigilance and responsiveness to ‘terror’ after 9/11 are now motivating the carceral state and anti-immigration policy,” she added.

Jackson declined to comment on the matter, telling Campus Reform "There’s no scenario where I will speak with you about anything, ever."

Campus Reform also reached out to Syracuse University for comment; this article will be updated accordingly.