One of the display's organizers discovered the new text Saturday morning.

A flag display commemorating the 20th anniversary of 9/11 at Mount Holyoke College was vandalized Saturday afternoon.

On September 11, after the display was set up Friday evening, a student discovered that the chalk message, which initially said “In loving memory of those lost on 9/11,” was smeared.

Below, “there is blood on US hands” was written capitalized in blue chalk. 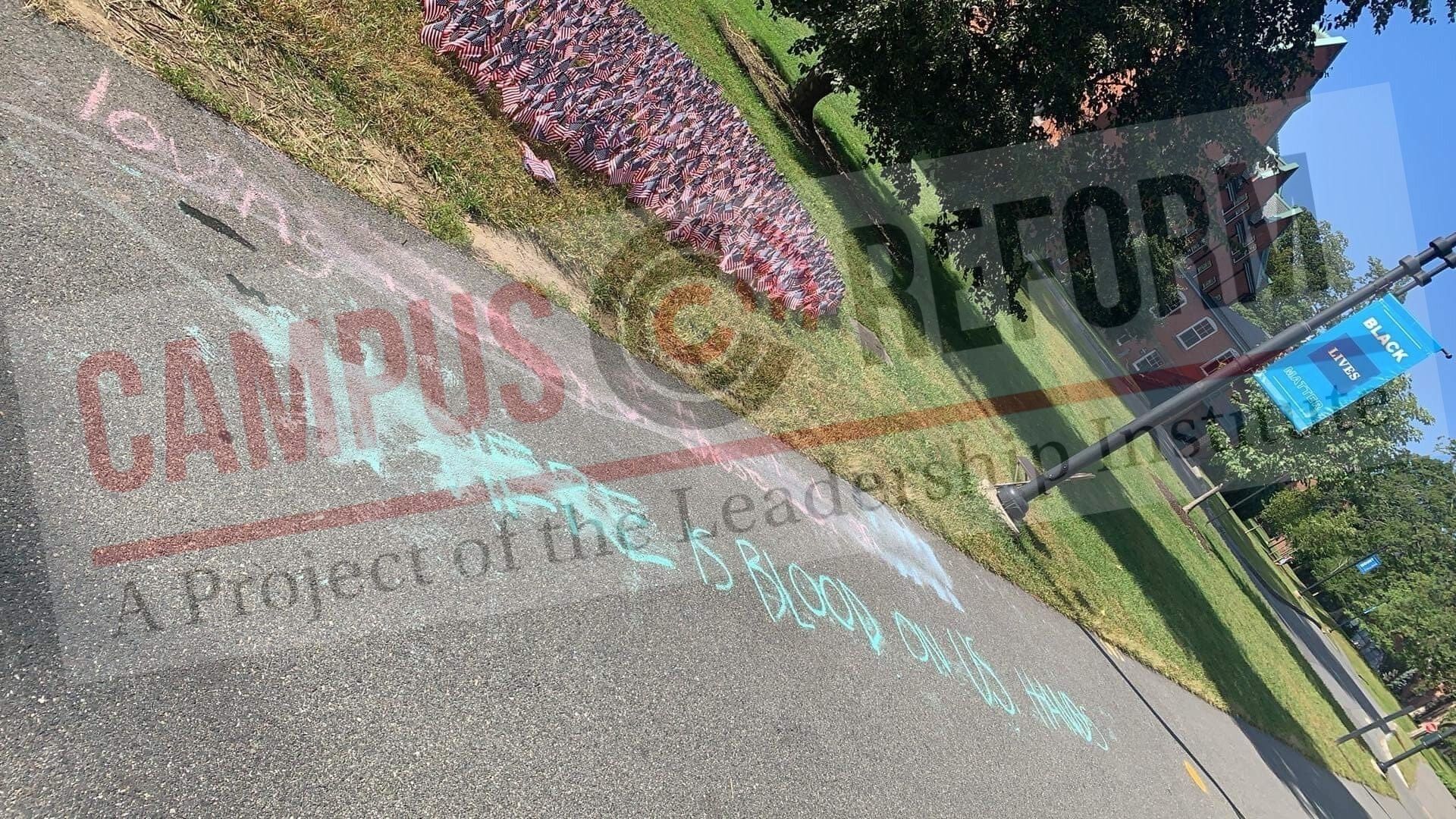 “I was the one who wrote ‘In loving memory of those lost on 9/11” in chalk,” a student who wished to remain anonymous told Campus Reform. “Writing that and putting up the flags mean a lot to me, considering I grew up close to NYC and my partner serves in the military.”

“I had a couple of students say ‘Thank you’ to me while I was writing, which warmed my heart,” she continued. “I was appalled that someone would buff out our message to write something completely unrelated to the memorial. I think this action was extremely insensitive.”

This incident is not the only time this year students have disrupted 9/11 memorials.

At Washington University in St. Louis, a student senator was caught stealing flags from a 9/11 memorial display and stuffing them in trash bags on Saturday. At Michigan State University, a 9/11 memorial was spray painted.

Campus Reform reached out to Mount Holyoke College but did not receive a response.