The student newspaper at Emory University edited a quote out of a re-published 9/11 article because it may be 'harmful for some readers.'

The Emory University student newspaper edited an article written by the now-U.S. Solicitor General nominee to remove a quote they described as "harmful for some readers."

Editors at The Emory Wheel, the student newspaper of Emory University, removed a quote given to then-student editor Elizabeth Barchas, whom President Joe Biden nominated to be the U.S. Solicitor General in August.

[RELATED: 'There is Blood on US Hands' message appears at students' 9/11 memorial]

"It's really disappointing because we think we live in such a modern culture but there's still so many primitive people out there who think violence is an effective way to show anger or prove a point," then-freshman Justin Karp originally told the Emory Wheel in a now-archived version of their story after the September 11, 2001 attacks. "Were better than that." 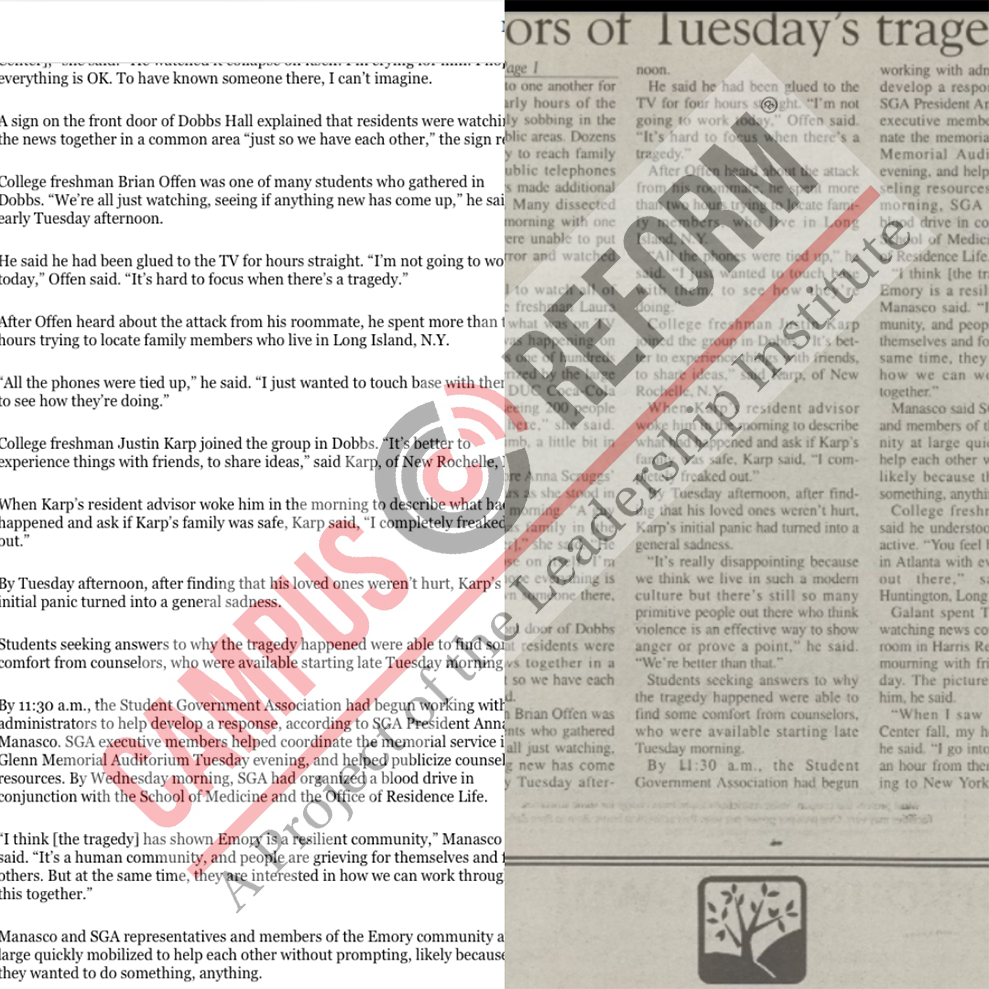 The article, "Students react to national crisis with disbelief, hope," was re-published on September 11 and omits the quote provided by Karp, with an editor's note stating that his words "may be harmful for some readers."

"Editor’s note: This story has been edited to omit a quote which may be harmful for some readers," the re-published article states.

Per the newspaper's website, the publication “does not remove content that has already been published, except in extreme circumstances decided by the executive board.”

Campus Reform reached out to The Emory Wheel, the Department of Justice, and Karp for comment. This article will be updated accordingly.