Integrating activism in the K-12 classroom is the trickle-down of liberal bias in higher education. The results are seen as educators mirror anti-racist trainings and social justice workshops, which evolved from college campuses.

In its purpose statement, TEP sets the intention of creating “transformative professionals.” Referencing the concept coined in 1988 by Henry Giroux, a critical pedagogy theorist, the statement directs graduates to have “a social vision and commitment to make public schools democratic public spheres.”

Subsequently, TEP calls for a focus on “the principles of equality, freedom and social justice.”

TEP is ranked as the third best education school, reflecting a shifting bias in the training of K-12 public school teachers. The program handbook alone confirms the creation of so-called social justice educators and suggests “teachers must assume activist roles.”

Furthermore, the program incorporates Critical Race Theory by intentionally applying race where it is not naturally present. When outlining a computer science education initiative, the handbook ties in social justice and equity, directing teachers to “disrupt dominant notions of neutrality”

Similarly, on a wider state-level, the California Teaching Performance Expectations call educators to familiarize themselves with “issues of equity and justice.” Those expectations were adopted in 2016.

[RELATED: Over 2,600 students could have had free tuition for the cost of IU's ‘Diversity Hiring Initiative’]

UCLA’s program and it’s national preeminence is setting the stage for other teaching programs while influencing a new generation of American students with overwhelming liberal bias.

One TEP graduate, Liz Kleinrock, received praise for her anti-bias and anti-racist (ABAR) pedagogy. On Instagram, Kleinrock promotes ABAR education and often shares classroom assignments to her over 164,000 followers. 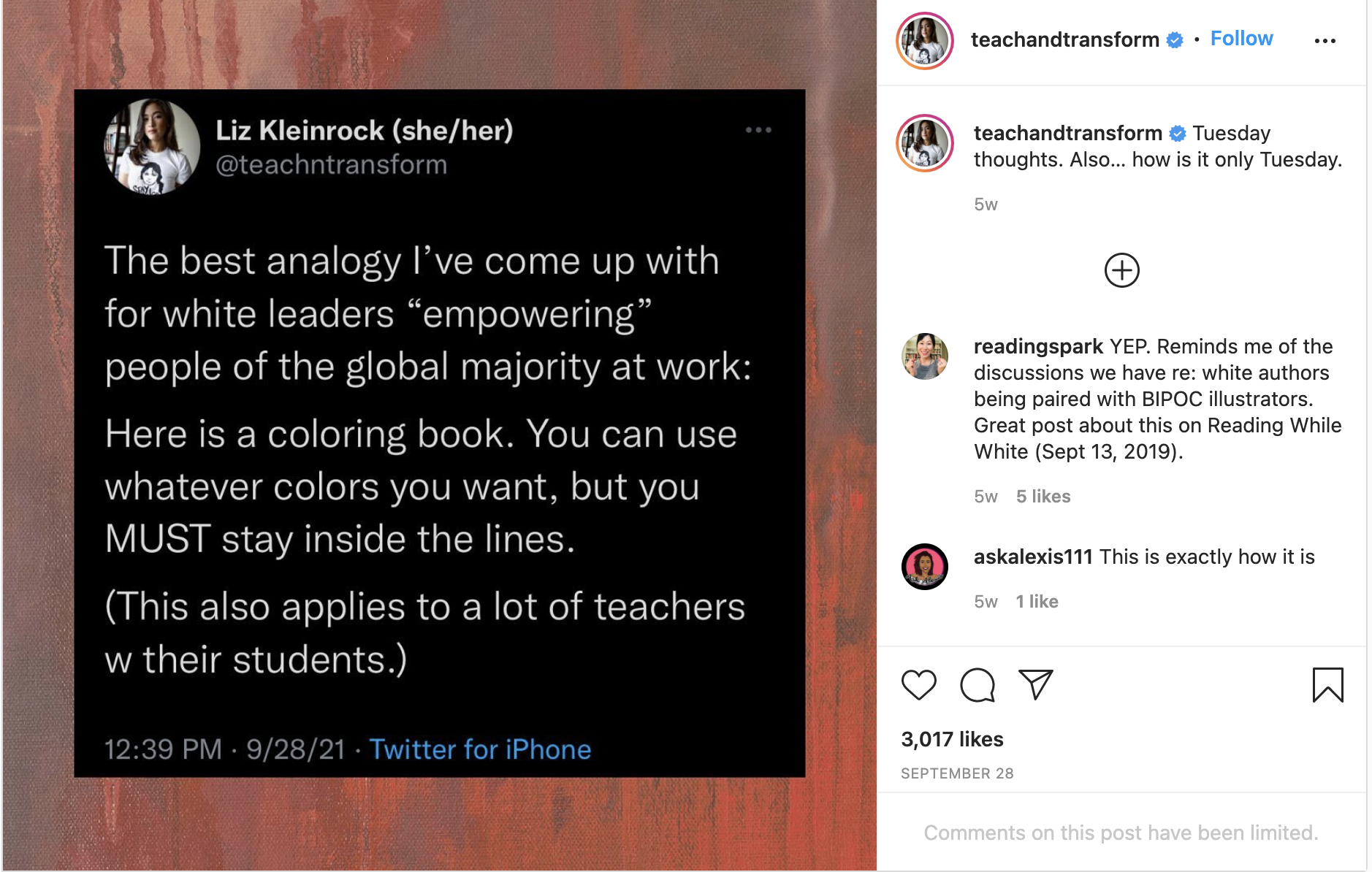 Currently, Kleinrock is teaching at the District of Columbia International School. Outside of the classroom in her charter school, Kleinrock offers training and webinars that target educators and parents who want to “engage with youth around issues of race, gender, diversity, equity, and inclusion.”

[RELATED: States are ramping up spending on public universities]

In April of 2021, Kleinrock spoke to her students about Dereck Chauvin, the police officer charged with the death of George Floyd. A sixth grade student allegedly said, “We had a victory, but now it’s like we have to just move on to the next cop who killed a black person. I’m happy about the verdict, but I am not at peace.”

Woke teachers such as Kleinrock collaborate and spread ABAR pedagogy and classroom material through organizations like Learning for Justice, formerly Teaching Tolerance. Other organizations include Black Lives Matter at School, which suggests “empathy, discrimination, activism, privilege, and public policy” are vital conversations for elementary students.

Campus Reform reached out to Kleinrock but did not receive a response.

Antoinette Aho writes the American Liberty News early morning briefings and reports primarily on pro-life news. Previously, she was the Politics Editor at Fact Based America and an intern for Campus Reform at the Leadership Institute. Antoinette is a young Catholic based in Sacramento, California.