The new VP of Dartmouth College Republicans told Campus Reform 'we will not be silenced' after promotional materials were vandalized by leftists.

Responses to upcoming conservative events at Dartmouth College include tearing of flyers, the appearance of counter flyers, and even harassment of conservative students.

“We’ve never had a response like this,” Chloe Ezzo told Campus Reform while explaining the incidents.

Ezzo is the new vice president of  the Dartmouth College Republicans whose upcoming panel with Republican politicians and officials, as well as a “The Truth About Abortion” discussion, are under fire. 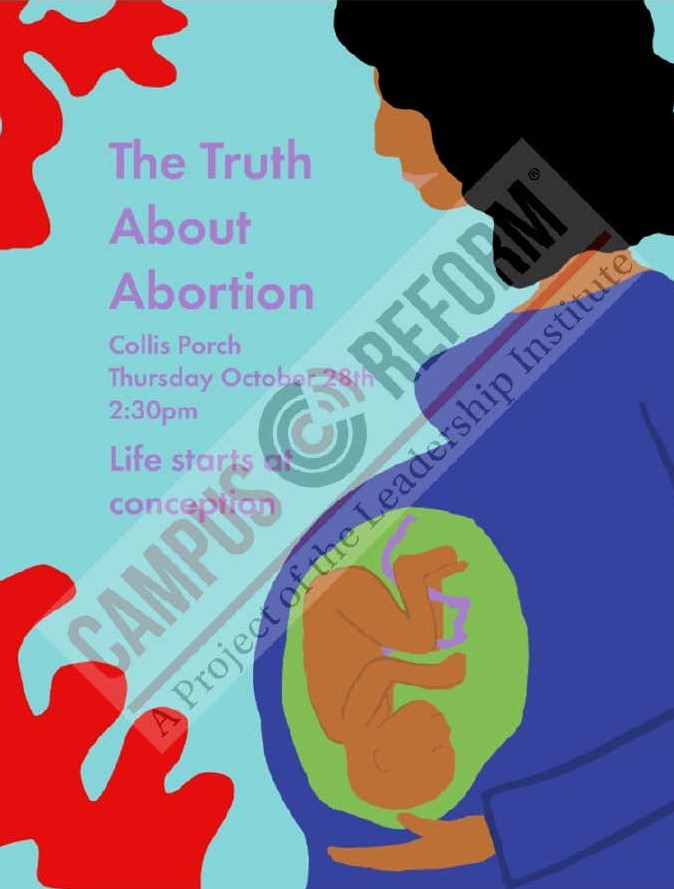 “Dartmouth is an overwhelmingly left-leaning college, so I knew that our ideas were unpopular, but what shocked me was the lack of nuance or interest in engaging in an intellectual discussion, Enzo said. "The students behave like radical leftist caricatures that you see on YouTube clips or insane takes on Twitter.”

Campus Reform obtained a photograph of the abortion event flyer with the baby’s head torn off its body and out of the womb. The party responsible for the destruction removed all of the original words from the pro-life flyer except "Abortion." 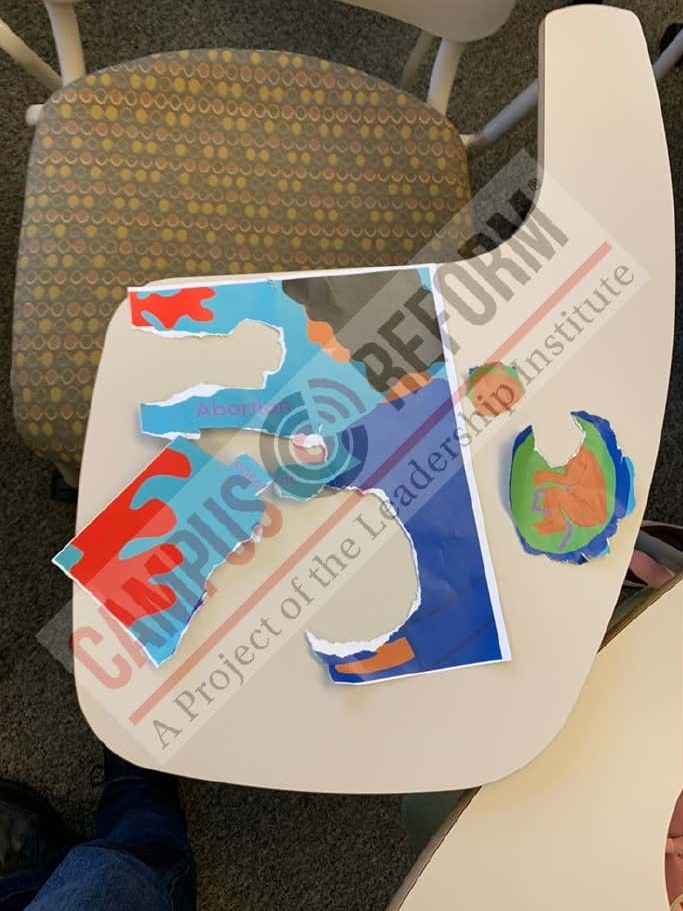 While placing the flyers, some Dartmouth students allegedly told Ezzo her signage was “hateful” and, additionally, that “being pro-life is just hateful.”

During Ezzo's abortion discussion with the students, the race disparity around abortions came up, where Ezzo was allegedly told, “as a white woman” she could not have an opinion. Ezzo said that she rebuked the assumption as racist, and recounted one student saying, “you can’t be racist to white people.”

The Dartmouth College Republicans' Instagram account also features another copy of the same flyer with pro-abortion messages written across it.

The writing includes “fear mongering,” “this is misinformation,” and “I am more than a vessel for reproduction.”

"The Truth About Abortion" discussion will occur October 28. 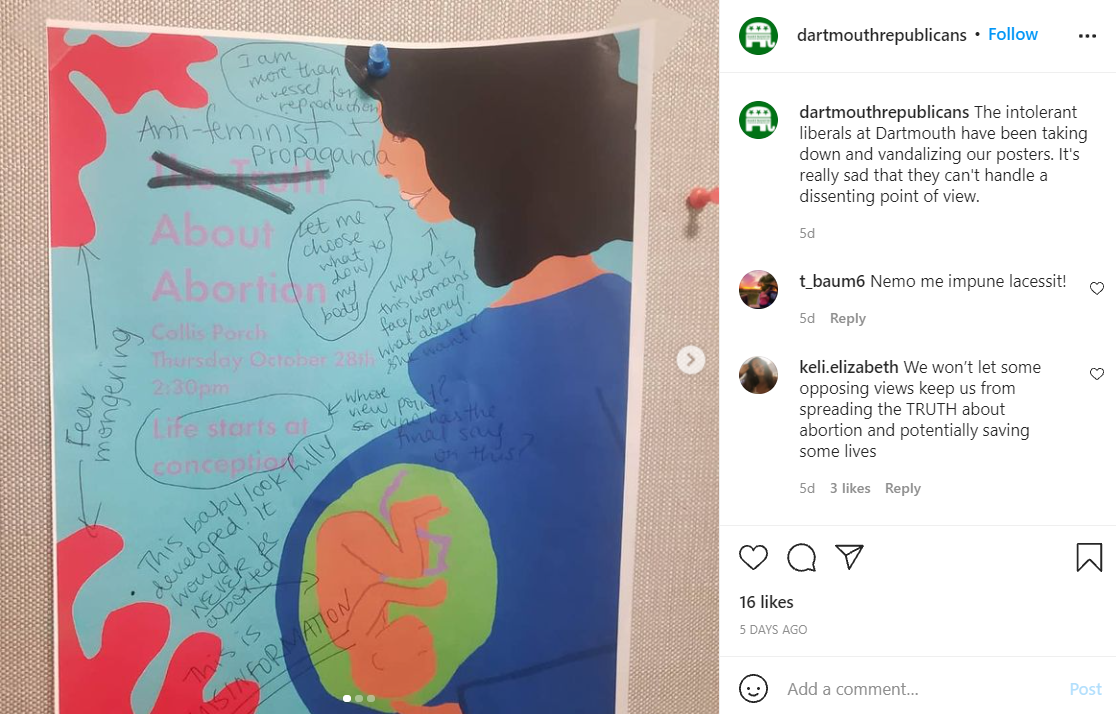 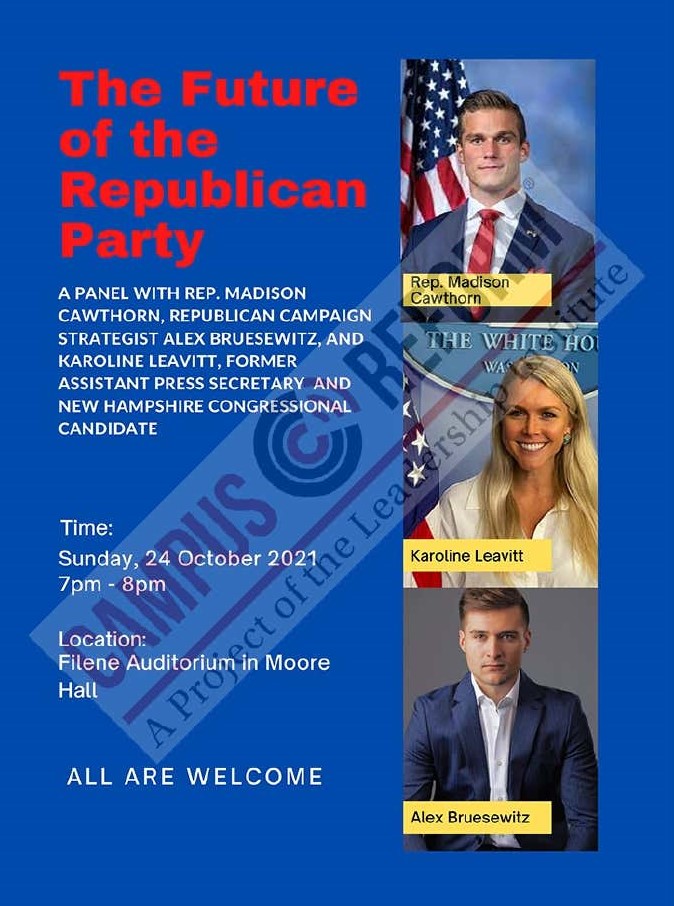 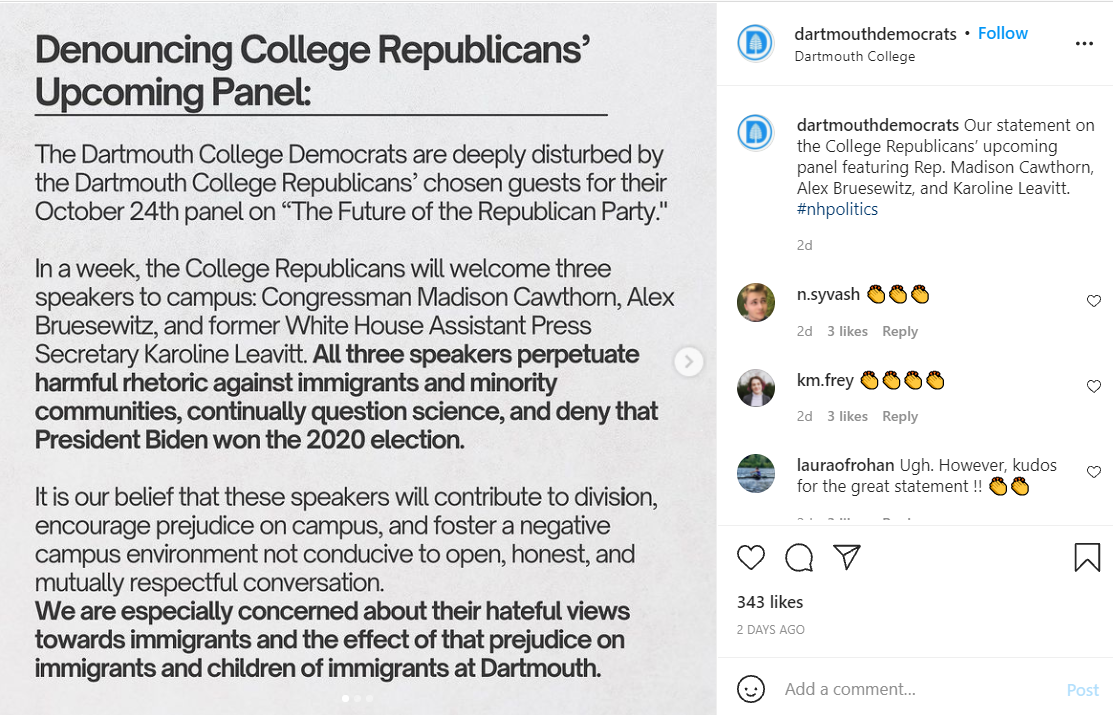 However, “any benefit these speaker’s words could bring to the diversity of thought...would be exceeded by the damage of their fear mongering and lies,” the College Democrats said in the statement.

A counter-flyer appeared on campus featuring  red ‘X’ eyes and the tagline “Fascist Faces of the Republican Party.” have been posted as counter-advertisements. The document also called Cawthorn a “white supremacist” and being "accused of sexually assaulting minors," while labeling Leavitt as a “pro-forced birth” candidate who supports cops that “murder civilians.”

The flyers roughly featured the same layout as the originals. 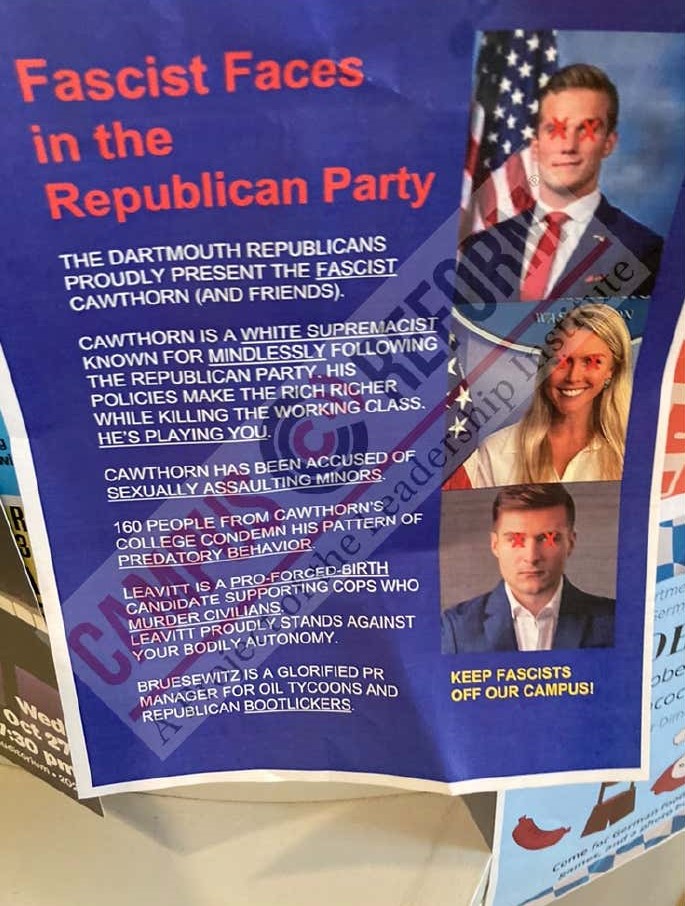 Speaking with Campus Reform, Ezzo said that everyone is “free to come and question the speakers at the end of the event, but to harass our members and vandalize is authoritarian and their way of trying to silence us."

"We will not be silenced,” Ezzo stated.