The Harvard student group which organized the event is part of the prestigious Kennedy School.

Khubchandani’s drag name, an apparent take on the city of Lahore, Pakistan, is a nod to the character’s emphasis on South Asian heritage. 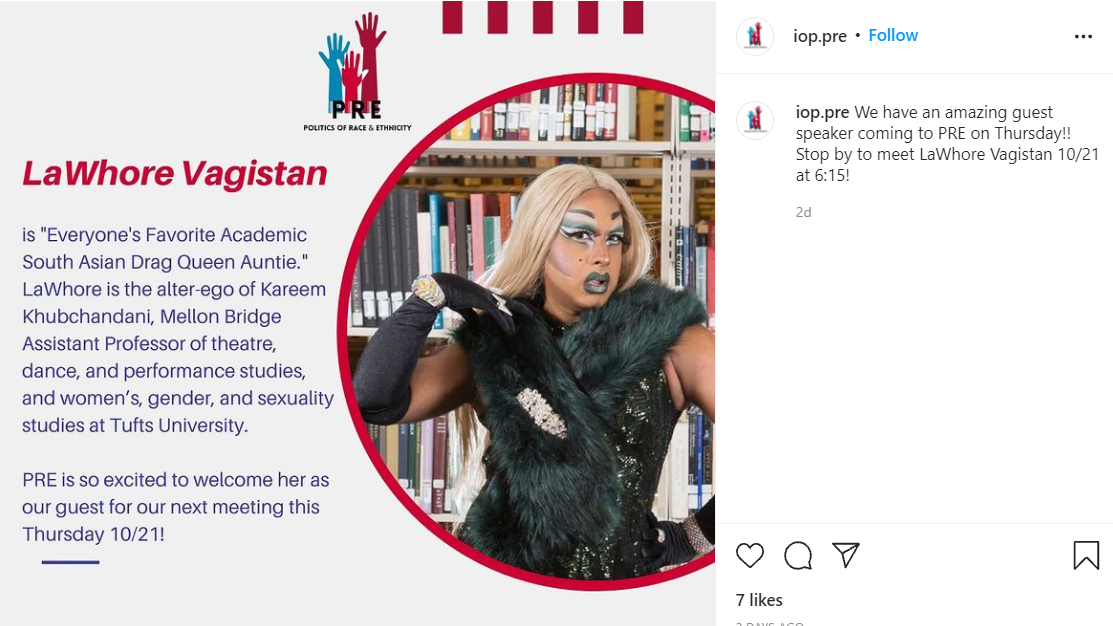 The event advertisement, which shows the drag character posed in front of library stacks, makes clear that Khubchandani would be appearing in drag. The image reads, in part, “PRE is so excited to welcome her as our guest for our next meeting this Thursday 10/21!”

The event was also promoted via email, according to a screenshot of the same graphic obtained by Campus Reform.

At Tufts, Khubchandani is the Mellon Bridge Assistant Professor of Theatre, Dance, and Performance Studies, and Women's, Gender, and Sexuality Studies.

Harvard’s Politics of Race & Ethnicity program hosts weekly conversations around its titular topics, as well as discussions and workshops. The program bills itself as “primarily a discussion-based group focused on questioning and analyzing the role of identity, especially race and ethnicity, in the political sphere.”

[RELATED: Drag queen PROF ‘brings the nightclub to the classroom’]

This is not the first time Khubchandani’s drag character has made waves on campus.

In 2019, Campus Reform reported that he had lectured in drag at Colgate University at a university-sponsored event titled “Lessons in Drag.”

At that time, he was scheduled to speak on the same topic at Hamilton College, Buffalo University, and the University of Southern California.

Khubchandani, Harvard University, and a representative of the PRE program did not respond to a request for comment in time for publication.