Despite the revelation that Kyle Rittenhouse is no longer enrolled at Arizona State University, leftist students organized a protest against him anyway, with refined demands that the university ensure he not be allowed to attend in the future

The protest was met by supporters of Rittenhouse, who drowned out "lock him up chants" with chants in support of his right to "self-defense".

Despite the recent revelation that Kyle Rittenhouse – the 18-year-old who defended himself against rioters in Kenosha, Wisconsin – is no longer enrolled at Arizona State University, left-wing students gathered on campus to protest against him anyway; this time, with new demands.

On Nov. 19, Rittenhouse, who was previously enrolled in ASU’s online program, was found not guilty of the various charges brought against him surrounding the Kenosha riots. In light of this verdict, ASU students started a Change.org petition demanding he “Not Be Allowed To Attend ASU” after Rittenhouse expressed the desire to become a residential student, and planned a protest in response. The petition baselessly labels him a “murderer” who should “pay for his crimes”.

Just two weeks later, an ASU spokesperson told Campus Reform that Rittenhouse's enrollment status had changed, saying that he is "not currently enrolled in any classes at ASU" and still "has not gone through the ASU admissions process."

Nonetheless, leftist students continue to pressure the university to deny Rittenhouse “further admission” to the school, and held the previously planned protest anyway.

In footage obtained by Campus Reform, protestors can be heard calling Rittenhouse a “white supremacist killer”, insisting the justice system “did it’s job” of keeping alleged racists out of jail.

But the protest did not go unchecked. Many counter-protestors also gathered on campus to show their support for Rittenhouse, chanting “let’s go Kyle”, “he did nothing wrong” and “self-defense”.

As leftist protestors began “lock him up” chants of their own, their noise was drowned out by “innocent” chants from the counter-protesters.

Campus Reform contacted the University for comment. This article will be updated accordingly.

Watch the footage of the protest above. 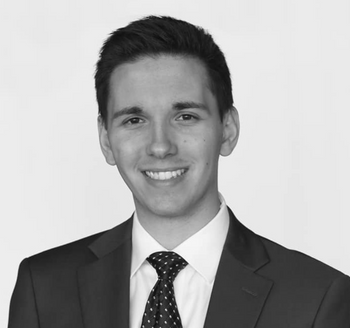 Judah is a graduate student at Arizona State University. He is getting his Masters in public policy. Currently he is the engagement chair for the Young Republicans National Federation. Previously he was the state chairman for Arizona College Republicans.