Students for Revolution and Cops Off Campus held a recent protest at the University of Texas at Austin in response to the verdict of the Kyle Rittenhouse trial.

Students for Revolution and Cops Off Campus held a protest recently in response to the verdict of the Kyle Rittenhouse trial.

“Kyle Rittenhouse: Enemy of the People” was what one banner read in a protest held by UT Austin students in response to the Kyle Rittenhouse verdict.

About 20 students, who represented Students for Revolution and Cops Off Campus, claimed Nov. 24 that Rittenhouse is a “White supremacist.” 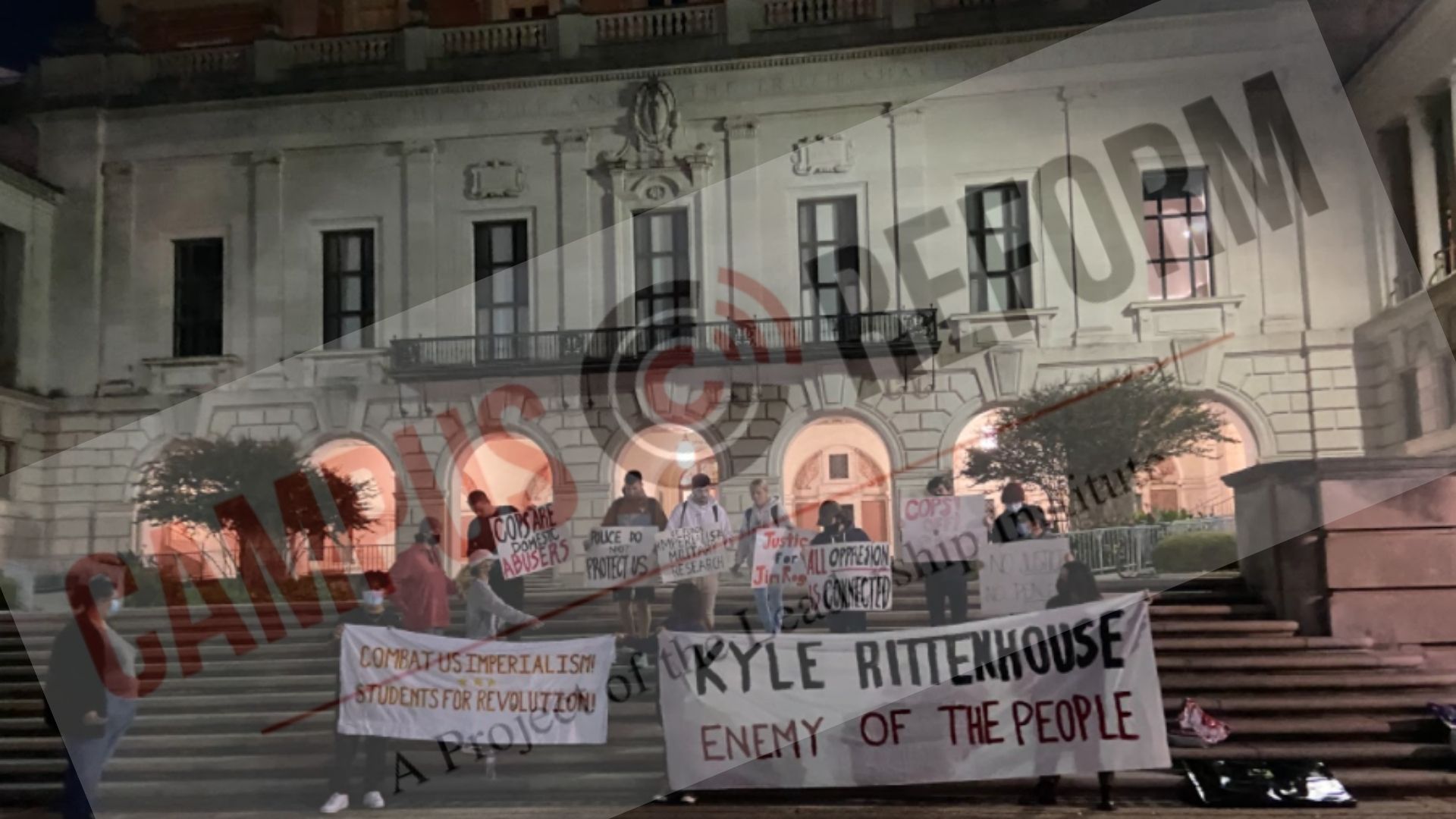 She also stated that “any decision that comes out of a system that is already broken isn’t a decision made out of legitimacy … When people do say to completely trust in this decision, I think that it is made out of a sort of blindness to the fact that this decision was already made through a system that doesn’t serve black people, that doesn’t serve minorities, and that ultimately only serves the agents of the state.”

The protesters shouted multiple chants such as, “We know Rittenhouse is guilty, no more cops in our city,” “How do you spell racist? APD,” ''UTPD has got to go,” “Dare to struggle, dare to win”, and “From Austin to Kenosha, fist up fight back.”

Throughout the protest, members of the two organizations handed out pamphlets to passersby that called Kyle Rittenhouse “a fascist, racist, armed civilian,” and said that Rittenhouse, along with the officer who shot Jacob Blake that spurred the riots in Kenosha, “both enact violence upon the people in order to preserve the capitalist-imperialist order.”

The group also passed out literature to students with the words, “Freed by the Imperialist State” and directed students via a QR code to a manifesto crafted by leftist student organizations on campus. 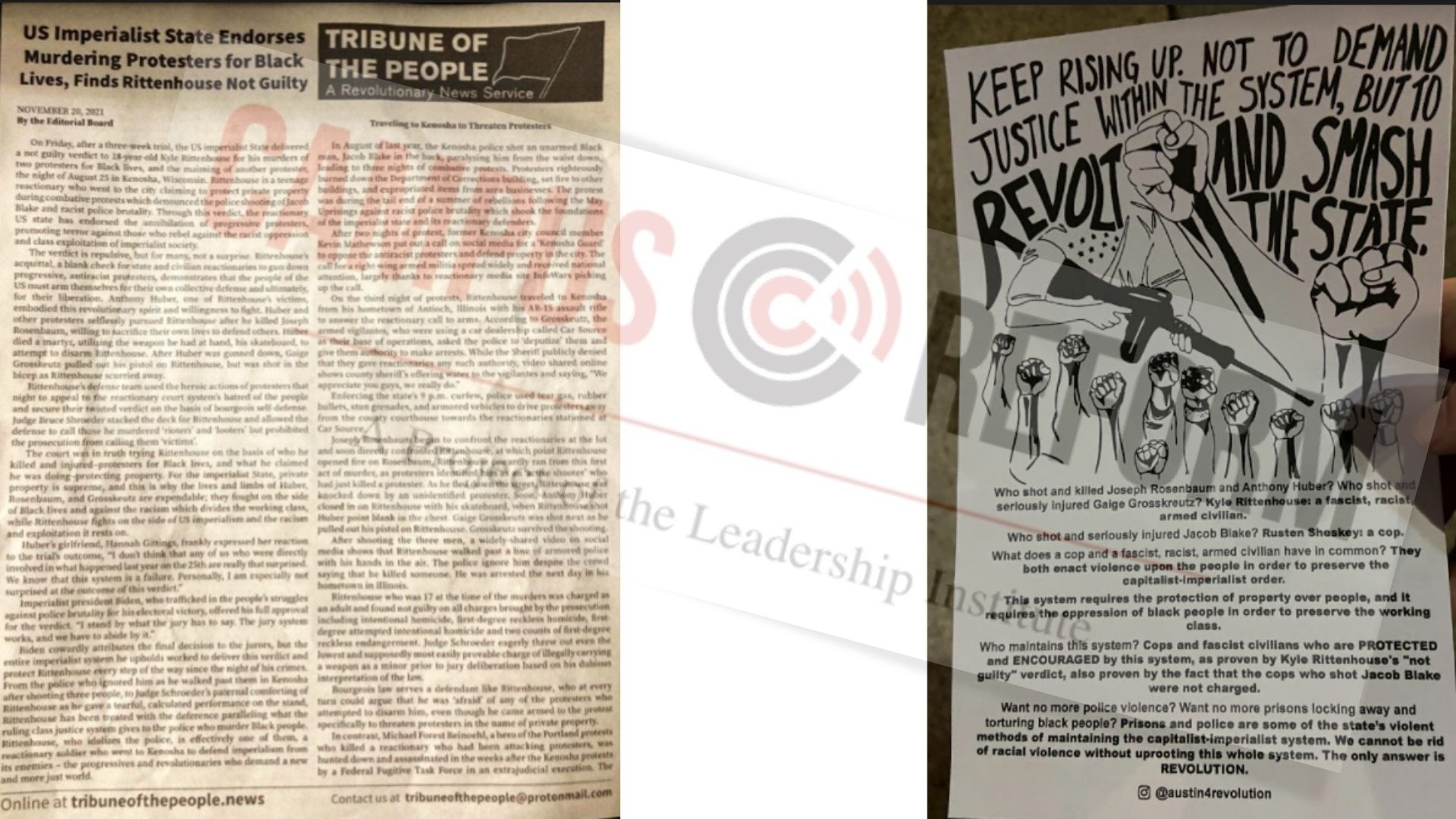 Some of the leaders of the protest, who referred to their fellow protesters as comrades, stated that the police are there to protect property over the lives of working-class people. One protester that held a lengthy speech said that Rittenhouse went to Kenosha to “carry out open season on protesters and, let’s be real, open season on black people.”

While these protesters espoused their views on the Rittenhouse verdict, a half-dozen onlookers interrupted them with questions like “Did he shoot any black people?” and yelled out “pedophile” when Joseph Rosenbaum was mentioned.

One of the outspoken onlookers, who requested that their name not be included in the story for fear of retribution, stated that as the only black person at the rally, the protesters would be unwilling to listen to him since he thought that Rittenhouse acted in self-defense.

The onlooker came to the protest to have a conversation and potentially learn something but instead came to realize that “they are trying to use that as an excuse to gain power. Personally, I think none of these kids actually work… It just seems like an excuse for power to me. That they were virtue signaling first and not trying to figure out what actually happened.” 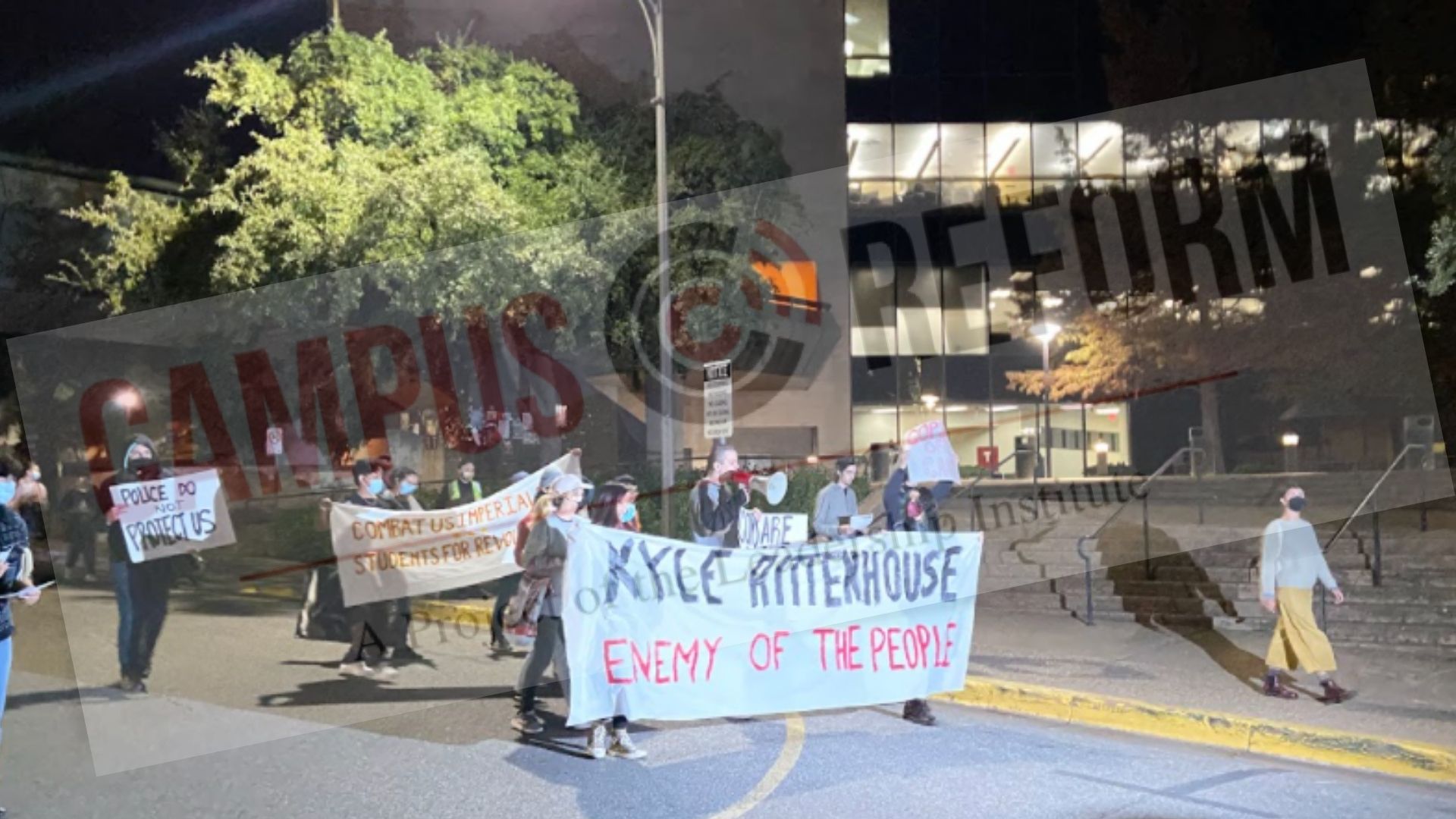 This protest comes in conjunction with a slew of other leftist protests that have taken place at UT Austin this semester.

At the beginning of the school year, Cops Off Campus disrupted a UT Welcome Week event for new students. In October, a protest was held by the Palestinian Solidarity Committee against an event on Israeli intelligence. Lastly, Cops Off Campus held another protest after a shooting in West Campus.

Protests have become so frequent on campus that the university has posted “Guidelines for Safer Campus Demonstrations” across campus as groups like Cops Off Campus have demanded an end to policing.

The University of Texas at Austin has no comment concerning the protest.

Cops Off Campus and Students For Revolution have yet to respond to Campus Reform’s requests for comment.

Sterling Mosley is a Texas Campus Correspondent with Campus Reform. He is a senior at the University of Texas - Austin, majoring in government, history, and international relations. Sterling is the Managing Editor for The Texas Horn, an officer of the Young Conservatives of Texas, a writer for the DC Enquirer, a representative in Student Government, a Brumley Undergraduate Scholar, and is currently interning at the Texas Public Policy F...