Did a trans studies prof put Joan of Arc in the gender binary? Read the tweet.

Did a transgender studies professor suggest that Joan of Arc would want testosterone because she was a strong woman?

Gordon, an assistant professor of literatures in English at Bryn Mawr College, has since made his Twitter account private. However, Campus Reform obtained a screenshot of the tweet. 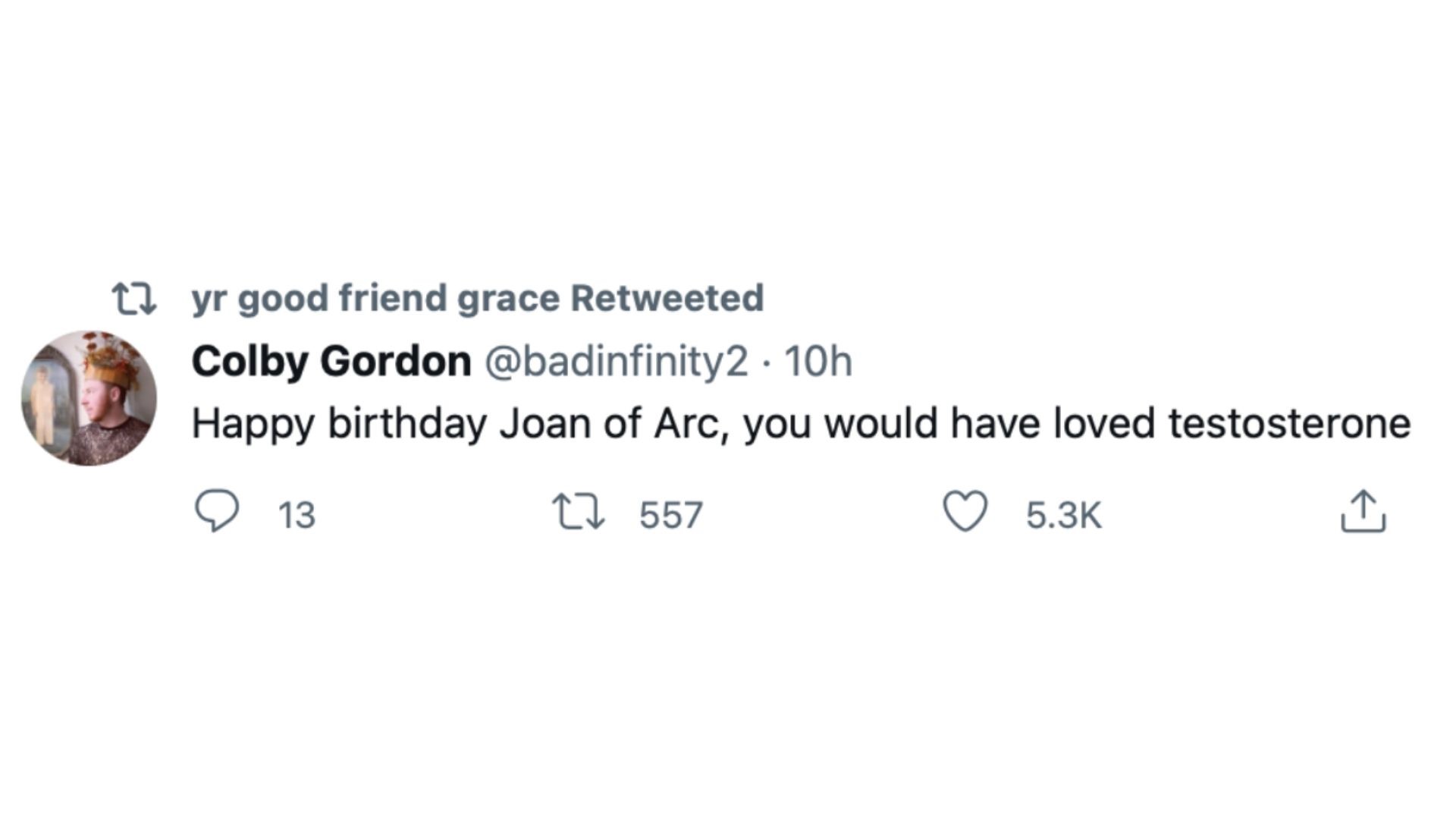 Campus Reform also obtained a screenshot of Gordon's Twitter biography taken at the same time as the tweet screenshot.

It reads, “brb teaching Joan of Arc how to inject testosterone and set up a Grindr profile.”

Gordon’s areas of focus include “Shakespeare, Renaissance literature, trans studies, queer theory, law and literature, religion and literature,” according to his staff profile on the college’s website.

It is unclear whether Gordon meant that Joan of Arc would have identified as a man because she was a warrior, or, if she needed help acting like a man when fighting against the English as a woman.

Campus Reform reached out to Bryn Mawr College and Gordon for comment. This article will be updated accordingly.