Melissa Landa is suing the University of Maryland, claiming that she was terminated as the result of her pro-Israel politics.

Former professor Melissa Landa filed a lawsuit against the University of Maryland after being terminated allegedly for her "pro-Israel" politics. Now students are speaking out in support of the educator.

Landa's lawsuit accuses the university of wrongful termination and describes her experience on campus as one plagued by "anti-Jewish" discrimination, The Jerusalem Post reports.

Mallory Gray, a current student at the University of Maryland, supports Landa's right to file the lawsuit against the school.

[RELATED: Hundreds of Harvard students condemn Israel in statement that omits any mention of Hamas]

Gray told Campus Reform that anti-Semitism does exist on the University of Maryland's campus, referencing an instance when her friend found a swastika drawn on her door's whiteboard.

“The university sen[t] out an email basically saying that they don’t support discrimination," Gray said. "From what I understand, the university took no further measures to ensure that he felt safe or that the situation had been taken care of completely.”

Gianluca Cetraro, an alumna of the university, expressed skepticism about the school's political climate while affirming Landa's right to file a lawsuit.

“UMD is a very liberal campus. Even though I have liberal tendencies and views, UMD views are a little too extreme for me," Cetraro told Campus Reform.

Campus Reform reached out to Landa for comment; this article will be updated accordingly. 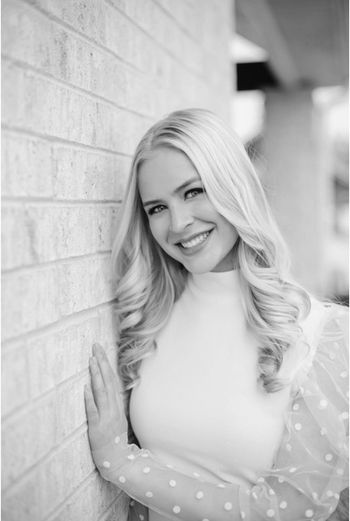 Blakeley Fiedler is a senior at the University of Arkansas majoring in marketing and minoring in information systems. Her goal is to one day make a name for herself in the marketing/advertising corporate world and have a family. Blakeley is currently the Secretary of Turning Point USA on her campus and a member of College Republicans.