On this week’s episode of Campus Countdown, Reporter Peter Cordi discusses why it feels that everything is going woke.

On this week’s episode of Campus Countdown, Campus Reform Reporter Peter Cordi discusses why it feels that everything is going woke.

One University of California, Los Angeles professor made several historical mistakes in a book published by National Geographic. Both errors got essential facts about Rosa Parks and Kyle Rittenhouse wrong.

And for this installment of “Woke Tweet of the Week,” Emory University Professor Jen Heemstra says, “I won’t give the original tweet the light of day, but let’s just say that when someone drops a term like ‘more qualified’ they likely mean 'more qualified according to arbitrary white heteronormative patriarchal standards.'"

Heemstra’s Tweet sparked a number of inflammatory comments in her replies, including one user who wrote that, “Nothing induces white rage like black success."

Watch the video above. 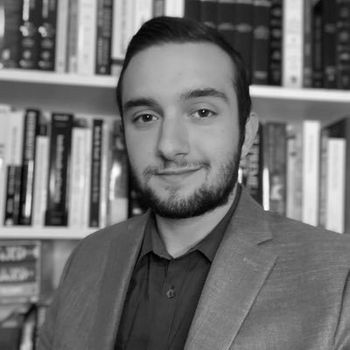 Peter Cordi is a reporter for Campus Reform. He is a graduate of Rutgers University. He began in print journalism for a South Jersey newspaper called the Anointed News Journal, also hosting a live radio show for them called Anointed Live. He contributed to Campus Reform as a correspondent before becoming a reporter, and throughout his career he has interviewed a number of athletes, politicians, activists, and financial innovators.