UPDATE: University put helmet-clad professor on leave. He is now suing the school.

Barry Mehler is suing Ferris State for, allegedly, violating his first amendment rights following a viral video in which he called students 'vectors of disease' and made profane statements concerning COVID-19 response.

Mehler was suspended with pay while the university conducts an investigation into whether Mehler's behavior violated the employee dignity policy.

The Ferris State professor who referred to students as “vectors of disease” and warned the class to “stay the f*** away from [him]” in a now-viral video is suing the university following an investigation.

Barry Mehler, who is tenured and scheduled to retire at the end of the year, was suspended with pay on Jan. 11. Now, Mehler is suing the university for allegedly violating his First Amendment rights.

Ferris State University referred Campus Reform to a statement by President David Eisler in which he said that he was “shocked and appalled” by the video.

“It is profane, offensive and disturbing and in no way reflects our University or its values,” Eisler said.

The university declined to comment further on the matter and directed Campus Reform to a media statement affirming Mehler's placement on administrative leave.

Attorney Matthew Hoffer, retained to represent Mehler through the Foundation for Individual Rights in Education (FIRE) Faculty Legal Defense Fund, sent a Jan. 18 letter to the university explaining the sarcastic nature of the video under investigation.

[RELATED: 'Stay the f*** away from me', Ferris State professor calls in-person students 'vectors of disease']

“I am shocked, appalled, and, frankly, disappointed by the University’s decision to suspend Dr. Mehler over the introductory video he shared with his students this term,” the letter began. “The University’s suspension and investigation of Dr. Mehler are clear violations of his First Amendment rights, including his academic freedom. The University should be celebrating and defending Dr. Mehler, not summarily disciplining him.”

Hoffer defends that Mehler is well respected among his colleagues and students and that the video was taken out of context. According to the letter, Mehler’s “provocative teaching style, including his use of profanity, is well known to the University and cherished by its students.”

“Following the video, Dr. Mehler was met with packed classrooms full of students ready to learn. The students got it! Why can’t the University?” FIRE quotes Hoffer as saying.

FIRE Program Officer for Individual Rights Defense Program and Public Records Aaron Terr told Campus Reform, "Under the First Amendment, faculty have broad discretion to decide how to present material relevant to the class, even if their choice of language offends others. In context, it's clear that Mehler's video was a performance meant to grab his students' attention, amuse them, and prod them to think, all while converting some basic information about that class."

According to Terr, there has been no indication that Ferris State University will rescind its suspension or end its investigation into Mehler's conduct. Terr referred to the lack of action as being unacceptable.

"The First Amendment protects the right of faculty members when they are discussing pedagogically relevant material, even if their choice of language offends others," Terr said.

FIRE came to the professor's defense on Twitter, stating:

With regard to the Ferris State University professor who is being punished by the school for his viral class video:

But violating faculty rights is not. https://t.co/EgQuiSiQmM

Ferris State responded Jan. 19 to the letter, clarifying that administrative leave is not a “disciplinary action” and a full investigation will proceed to align with the terms of the Ferris Faculty Association bargaining agreement.

Mehler came under fire after posting a 14-minute long video in which he appeared in a filter-lined space helmet to address the class about the spring semester. During the rant, Mehler used heavy profanity, affirmed that all grades are predetermined, and accused the students of being “selfish kids who don’t give a sh*t whether grandpa lives or dies.”

The investigation was prompted by university concerns that Mehler did not act in correspondence with the employee dignity policy.

Ferris State University's "Employee and Student Dignity" policy states that, "The University expects all students and employees to conduct themselves with dignity and respect for students, employees and others. It is each individual's responsibility to behave in a civil manner and to make responsible choices about the manner in which they conduct themselves."

Campus Reform contacted Mehler and Hoffer for comment. This article will be updated accordingly. 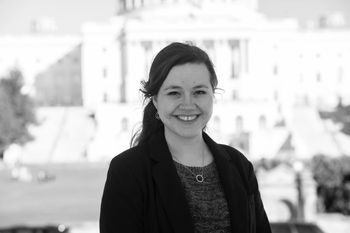