Professor Gregory Manco has filed a lawsuit against his former employer, St. Joseph's University, citing undue discrimination after a previous student of his complained to the institution about what she perceived to be racist activity on Manco’s Twitter account.

Manco had served as the Visiting Assistant Professor of Mathematics at St. Joe’s for 17 years. In 2017, Hadassah Colber, a student that Manco failed, claimed that she found offensive tweets on the scholar's anonymous Twitter account, Broad + Liberty reports.

According to the lawsuit, Colbert learned about his Twitter account on Jan. 22, 2021, and emailed the University to complain about the “racist” and “transphobic” content she saw.

Campus Reform covered Manco's tweets in 2021 and the controversy that led to him being placed on paid leave.

“Suppose your great-great-grandfather murdered someone,” Manco wrote on Feb. 17, 2021. “The victim’s great-great-grandson knocks on your door, shows you the newspaper clipping from 1905, and demands compensation from you. Your response?”

“Now get this racist reparation bulls[***]t out of your head for good," Manco concluded.

Four days after she reported the tweets, Colbert met with the school Title IX coordinator, Lexi Morisson, Intake Officer Taba Pickard, and Human Resources to decide what actions needed to be taken.

Morrison classified the meeting as a part of the “consultation process” per the university's Interim Policy on Discrimination, Harassment, and Retaliation. Colbert received advice to find others to support her.

And she did. Several other alumni, including Karleigh Lopez, joined Colbert, accusing Manco of racism and calling for his termination over social media.

The school did not inform Manco of its January meeting with Colbert, the lawsuit claims.

Instead, the matter came to his attention only once he was called to a meeting with Human Resources, who immediately placed Manco on academic leave and initiated an investigation into the nature of his tweets.

The investigation lasted through the end of the semester.

At its conclusion, the university found no evidence to suggest that Manco had engaged in the racist activity.

In his suit, Manco provides evidence of accommodation and goodwill toward all his students. In one email, Dr. Kristopher Tapp, Professor and Chair of Mathematics wrote of Manco: “Your course evaluations look great!”

In another example, a 2017 text chain between Colbert and Manco showed him making accommodations for her after she sustained a head injury.

Manco claims that his dismissal violated the provisions of the Interim Policy which states that the university will meet with both parties of the complaint to determine “whether the interim measures should continue based on the nature of the allegations.”

Alumni that back Manco protested last summer and withheld donations to the school. They continue to ask other alumni to consider not donating, according to Broad + Liberty.

President of College Republicans at St. Joseph’s University, Michael Dugan, noted that Manco’s dismissal marks another leftist turn that the university has made.

“He shouldn’t be fired,” Dugan told Campus Reform. “It proves everything that conservatives fear: that you can lose your job [for your political viewpoint].” 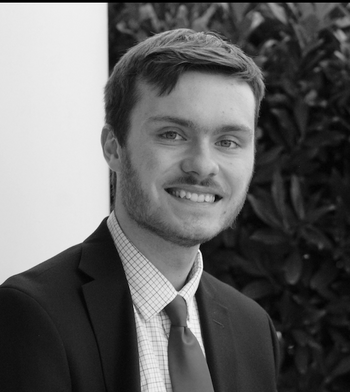 Spencer Dalke is a junior at Patrick Henry College in Virginia who studies entrepreneurship journalism. The power of words and stories fascinate him, and he hopes to use the art of storytelling to promote light and truth in an increasingly dark and complicated world—as a journalist and, hopefully, a future published novelist and/or screenwriter.