Students Supporting Israel at Duke University was unanimously recognized as a registered student organization by the DSG on Feb. 23 during a late-night meeting.

'We are glad Duke's student senate eventually did the right thing, but it is unacceptable that SSI remained unrecognized for months based on the group's expression,' FIRE stated.

A Pro-Israel student organization has gained official recognition at Duke University after a months-long battle with the Duke Student Government (DSG), an undergraduate entity.

Students Supporting Israel at Duke University was unanimously recognized as a registered student organization by the DSG on Feb. 23 during a late-night meeting.

Students Supporting Israel, a national organization that has been prominent in pressuring Duke University to recognize the chapter, announced the victory in an Instagram post, detailing it as one of three victories the student-based clubs had that day. 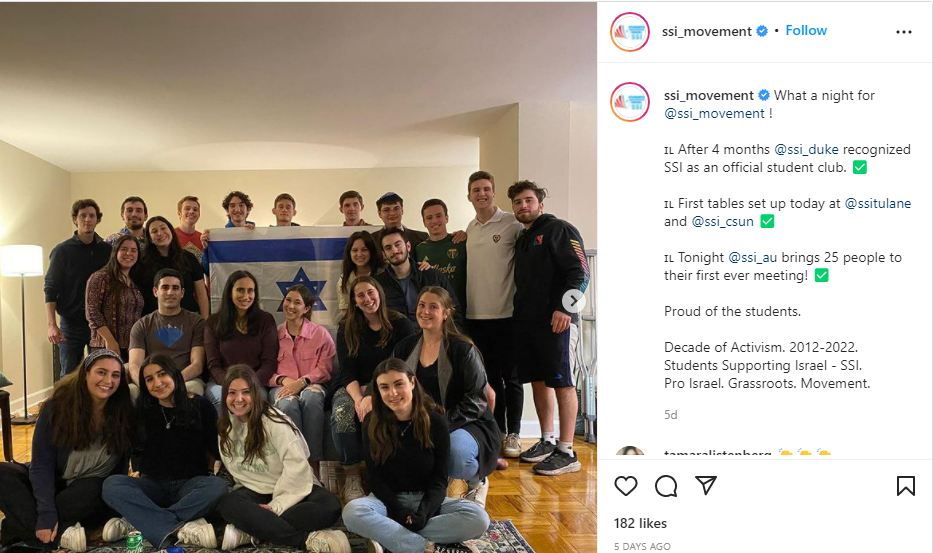 SSI Board of Directors Chair Valeria Chazin told Campus Reform that the national organization is "pleased" with the decision, although it could have "been resolved sooner."

"With that said, we hope that the news from Duke and the reinstatement of the chapter will also serve as a reminder to other Zionist students on campuses who may face hostile environment that it is worth not giving up on your right to speak up," Chazin said. "Rather, it is our duty to make our voices heard."

Chazin continued, "In the SSI movement, we will never back down from voicing our opinion and will not let other members of the academic community or the administration silence us."

The passage marks the end of an ongoing debate that left the group's status murky. Campus Reform had reported on the saga as it unfolded.

On Nov. 10, the DSG voted to charter the organization and therefore welcomed it as one of 770 registered student organizations at the North Carolina school.

However, the vote was vetoed by DSG President Christina Wang five days later over a now-deleted social media post, and thus sparked the beginning of a debate over campus acceptance of pro-Israel students.

The veto was upheld at a Nov. 17 meeting in an overwhelming 37-3 vote.

Immediate opposition was rallied by SSI, and a petition was organized to call on the DSG to reverse the decision and approve the local chapter. It received over 4,000 signatures in support.

Support was also sounded off by Jewish organizations such as Coalition for Jewish Values and the Brandeis Center, as well as the free speech nonprofit organization Foundation for Individual Rights in Education.

FIRE told Campus Reform they are pleased with the DGS's decision, however, the timeline is subpar.

"We are glad Duke's student senate eventually did the right thing, but it is unacceptable that SSI remained unrecognized for months based on the group's expression," FIRE stated.

President of the Louis D. Brandeis Center for Human Rights Under Law Alyza D. Lewin addressed the victory in a public statement provided to Campus Reform, acknowledging the "strategic and legal guidance" that the center provided to help the students navigate the campus' political landscape.

The Center also sent notices to Duke President Vincent Price that recognition of the chapter was the only way to keep the university compliant with non-discriminatory policies, including Title VI of the Civil Rights Act of 1964.

"I commend the university for finally correcting the injustice that was done when SSI was singled out for discriminatory treatment and its recognition was revoked," Lewin stated.

She proceeded to address the discrimination the group leaders faced during the application process that singled them out from other applying organizations, including excessive questioning and in-person hearings.

According to Lewin, such actions repeatedly violated the student's right to free speech and held them to a different standard because of their Jewish identity.

"We are pleased the university finally did the right thing and righted this egregious wrong without our needing to take legal action," Lewin continued. "But this type of discrimination must not happen at Duke or any other university."

Lewin then addressed the role of the Brandeis Center, noting clearly the advisory and educational role they provide to students across the country.

"We educate students of their rights under the law, and stand ready to use the law when necessary to ensure Jewish students are not discriminated against."

The DSG has been the host of anti-Semitic discussion as the topic was examined and confronted in a resolution passed on Feb. 2 following a mandated "Antisemitism 101" training.

The "Resolution of the Duke Student Government to Define and Condemn Antisemitism" formally adopted the International Holocaust Remembrance Alliance Working Definition of Antisemitism to adjust the internal operations of the association.

Campus Reform has reached out to Duke University, DSG, and SSI for comment.