MARSCHALL: Nikole Hannah-Jones making Ukraine coverage about herself is an exercise in contemptible narcissism

Global events cannot always be about some Americans’ pet culture-war projects at home. The world does not revolve around us, but we are affected when a Great Power invades one of our allies.

Campus Reform Managing Editor Zachary Marschall holds a PhD in Cultural Studies from George Mason University and is an adjunct professor at the University of Kentucky.

Today, Ukrainian diplomats are reportedly headed to the border with Belarus to initiate talks with Russia.

These talks will take place concurrent with Russian President Vladimir Putin escalating the threat of nuclear conflict and reports that Belarussian paratroopers will invade Ukraine. Across the globe, China, which earlier this year cemented a new economic alliance with Russia, appears to be threatening Taiwan in a global realpolitik war game as it invaded the island’s airspace.

Americans are gripped by media coverage of Russia’s invasion. It’s not clear if this conflict is the start of a new Cold War, or even the initial stages of an actual war between Russia and NATO members, which are positioning defensive forces in bordering allied countries.

The Russian invasion is about democracy versus autocracy; it is about domestic and global economics and energy production; and it is about the brave Ukrainians who are defending their country.

But what does Howard University Professor Nikole Hannah-Jones think this conflict is about? Herself, apparently.

Every journalist covering Ukraine should really, really look internally. This is why I say we should stop pretending we have objectivity and in instead acknowledge our biases so that we can report against them. Many of us see the racialized analysis and language. https://t.co/Q0bmQzqja4

In a contemptible display of narcissism that presumes Putin’s global nuclear threat and regionalized attempt to commit genocide, Hannah-Jones implied that Ukraine deserved less devoted media attention because Europe was not actually a continent.

“What if I told you Europe is not a continent by definition, but a geopolitical fiction to separate it from Asia,” the professor tweeted, implying that referring to Europe as a continent is a “dog whistle to tell us we should care because they are like us.”

What if I told you Europe is not a continent by defintion, but a geopolitical fiction to separate it from Asia and so the alarm about a European, or civilized, or First World nation being invaded is a dog whistle to tell us we should care because they are like us.

Technically speaking, Asia is not a continent because there is no natural definition for the term. Any idiot with a map of Suez will see that Africa and Asia are connected in the same way that Panama links North and South America. 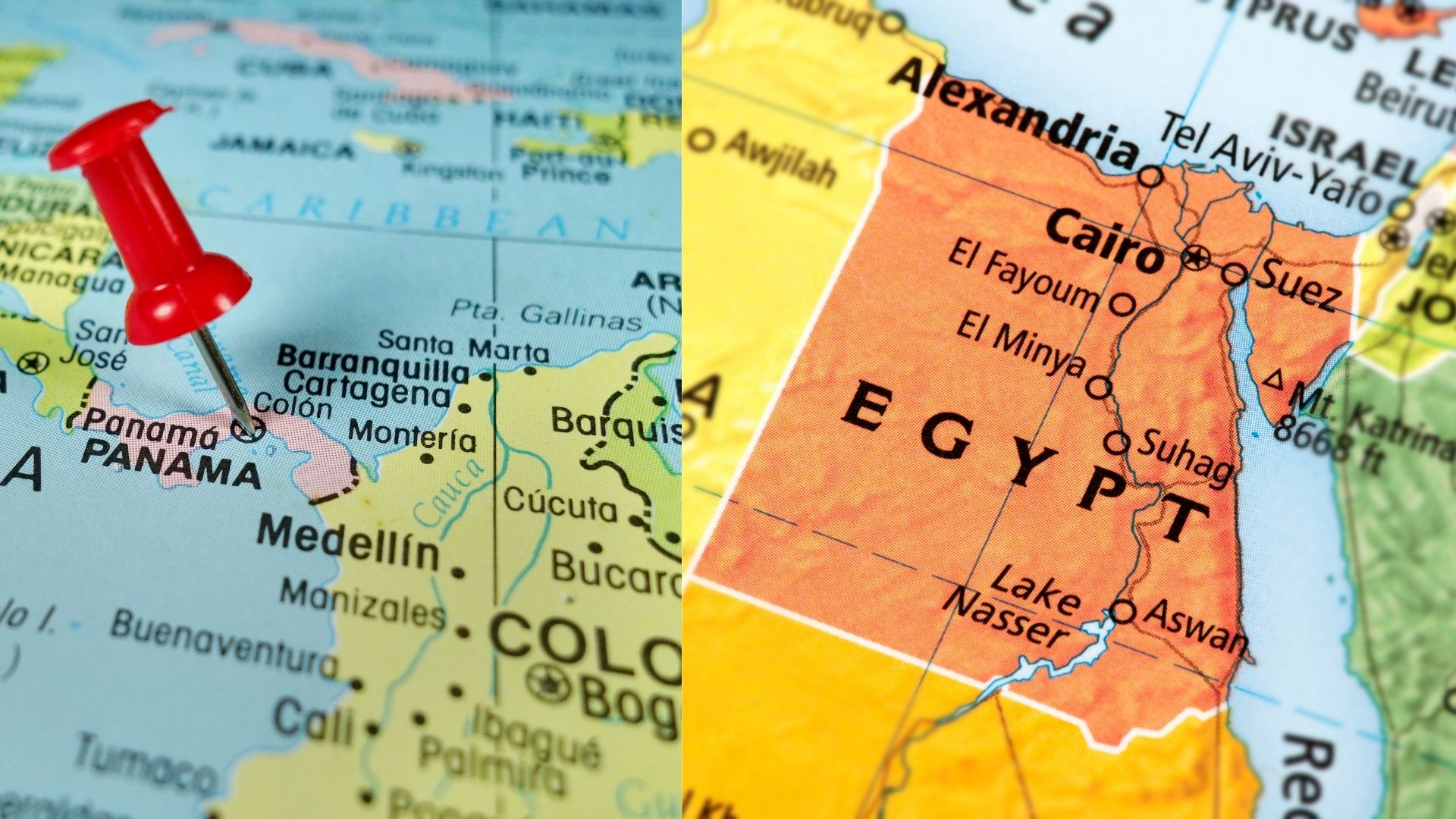 Africa, Europe, and Asia may be considered one mega-continent in not a dissimilar way that Australia can be considered just an extra-large island.

By invoking the “definition” of a continent, Hannah-Jones is trying to invent a justice that does not exist because the entire concept is fraught with its own contradictions and geopolitical constructions. The Urals separate European and Asian Russia, but there is not a neat, dotted line to be drawn along that mountain range.

Hannah-Jones’ narcissism is on full display when she suggests that it is wrong to think of Ukraine as people just “like us.”

Ukrainians share a desire to be sovereign and integrated with a free global society. Their resolve is full evidence of that.

That desire and determination make them just like us. Culture, politics, and social relations engage innumerable factors that include race, but no one thing can explain everything.

Ukraine coverage is wall-to-wall because the threat of destabilizing nuclear, global conflict is real.

Events occurring halfway around the world cannot always be about some Americans’ pet culture-war projects at home. The world does not revolve around us, but we are affected when a Great Power invades one of our allies in an unstable geopolitical region.

But that still was not enough for the “1619 Project” author who recently used her Martin Luther King Jr. speech, which would have commemorated the Civil Rights leader, to play gotcha with her audience to settle a personal gripe against her critics.

[RELATED: ACADEMICALLY SPEAKING: Afghanistan outrage may be the wake up call needed for those hypnotized by campus Marxists]

“In an attempt to prove her detractors wrong, Jones scrapped her original speech and instead opted to read bits and pieces of MLK’s speech under the illusion that they were her own words,” Campus Reform reported in January. “To accomplish this, she says she replaced the word ‘negro’ in her MLK excerpts with “black” as to not arouse suspicion.”

On Sunday, Hannah-Jones also tweeted that “these admissions of shock that this is happening in a European country are ahistorical and also serve to justify the lack of sympathy for other invasions” when the people involved are not White.

And honestly, these admissions of shock that this is happening in a European country are ahistorical and also serve to justify the lack of sympathy for other invasions, other occupations and other refugee crisis involving peoples not considered white.

To be clear, “ahistorical” is defined as “not concerned with or related to history, historical development, or tradition.”

In 2014, Russia annexed Crimea rather easily with barely any pushback from the international community. That invasion occurred six years after Russia invaded Georgia.

By February 2022, Russia had proven to accomplish both invasions with impunity.

But in the past weekend, Putin’s miscalculations have united NATO members and their allies in an unprecedented fashion. Germany is surprisingly going to commit 2% of its GDP to national defense. Sweden is even providing military assistance.

And those developments are to say nothing that of this writing, Kyiv is still standing and Russia has failed in all of its military objectives.

[RELATED: MARSCHALL: I've taught writing about the Holocaust to college students. This is what Whoopi Goldberg and her critics need to understand.]

The shocks and reactions – which manifest in non-stop media coverage – are not ahistorical. They reflect an historically minded hope that this time Putin may not get away with it.

And that hope operates independent of race relations in America.

Does Hannah-Jones really think that if China or North Korea moved military against South Korea or Japan, the media and nation would not react similarly, if not even with more shock if Tokyo or Seoul withstood onslaught?

When Hannah-Jones launched her criticism yesterday, she was engaging in her personal resentment against this country under the guise of speaking about racial discrimination. These tweets were not about racism in America; they were about her.

This is the person who said that “her father’s patriotism ‘deeply embarrassed’ her,” as Campus Reform reported in 2020.

Could it be that Hannah-Jones is reacting to her disgust for patriotism? The same kind of patriotism that is motivating Ukrainian men and women to defend their country with whatever it takes?

The time is well passed to stop taking Hannah-Jones seriously as a journalist or a professor.

Zachary Marschall received a PhD from George Mason University and is an Adjunct Assistant Professor at the University of Kentucky. "Academically Speaking," his series for Campus Reform, reveals how radical ideas originating in academia impact Americans’ daily lives. Zachary is a member of the National Association of Scholars.