Matt Walsh is slated to speak at Georgia Tech University on Monday, March 14, about the men competing in women's sports.

The speech comes two days before Lia Thomas is expected to swim at the NCAA swimming championship meet.

The Daily Wire's Matt Walsh is slated to take the stage at Georgia Tech University to speak about the ongoing debate about transgender participation in athletics.

The event, "Why Men Don't Belong in Women's Sports," is set to take place on Monday, March 14, at the Georgia Tech Instruction Center in Room 103. The Daily Wire host will discuss how men are appropriating women's sports, and "why it's wrong." 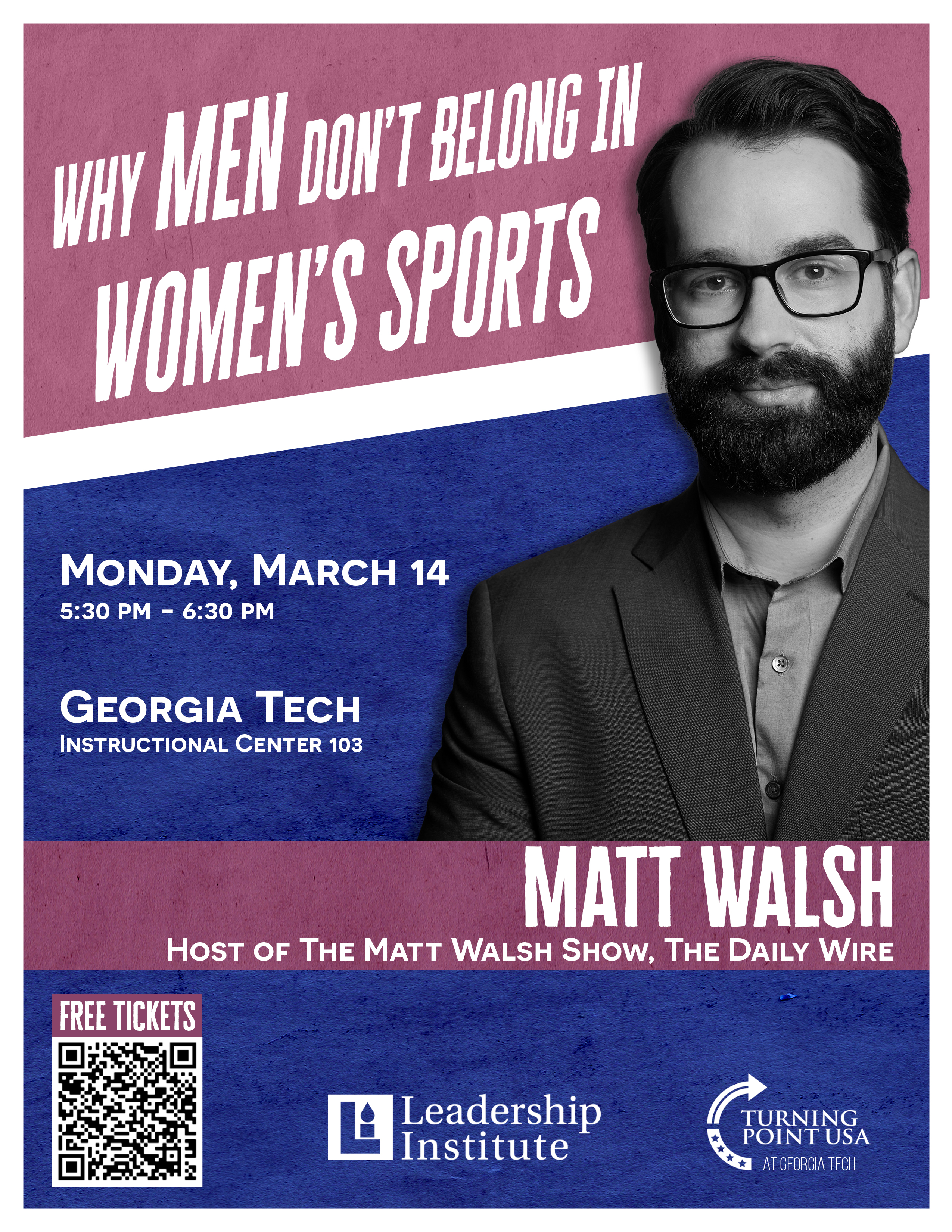 Walsh will deliver the speech two days before the start of the NCAA Division I women's swimming championships, which will be hosted by the Atlanta-based campus from March 16-19. University of Pennsylvania transgender swimmer Lia Thomas is expected to compete, continuing his stint in the women's division.

Walsh announced the event on Twitter, stating, "Lia Thomas will be at the NCAA swimming championships at Georgia Tech in two weeks to appropriate more medals from the women. I'll be speaking there the same week to explain why it's wrong. March 14. See you there."

Lia Thomas will be at the NCAA swimming championships at Georgia Tech in two weeks to appropriate more medals from the women. I’ll be speaking there the same week to explain why it’s wrong. March 14. See you there.

The speech will begin at 5:30 pm and doors will open to the public beginning at 5:00 pm. Tickets are free and can be reserved in advance.

Turning Point USA at Georgia Tech University will be hosting Walsh's visit to campus, and recently promoted the activity on social media.

"[Matt Walsh] is coming to Georgia Tech! Mark your calendars for March 14 at 5:30 pm to hear Matt Walsh speak on integrity in women's sports," the group wrote on Instagram. "We are beyond grateful and excited for this event and hope to see you there!"

Walsh has been a longstanding critic of transgender ideology, especially when it infringes on women's spaces. Recently, Walsh appeared on the Dr. Phil show to live debate two transgender activists. In his rebuttal, he struck his infamous question, challenging the activists to answer "what is a woman?"

Campus Reform covered Walsh's debate with the activists on the Dr. Phil show.

"I care about the truth," Walsh stated on the show.