Students are 'appalled' that their university labels cop-killer a 'political prisoner,' invites him to speak

SUNY Brockport is scheduled to have Jalil Muntaqim, a former convict who ambushed and killed two police officers, speak at an April 6 event.

The event description refers to Muntaqim as a ‘political prisoner’ and a ‘loving human being.’

SUNY Brockport is slated to host an “intellectual conversation” with convicted cop-killer, Jalil Muntaqim, describing him as a “political prisoner” after he spent 50 years behind bars for murdering two officers.

SUNY Brockport sophomore Maddie Boyce, who has a family history in law enforcement, told Campus Reform that she was “appalled” when she heard about the event.

“I just don’t understand how bringing a murderer onto campus will be productive in any sort. It makes me sick to my stomach knowing this man is receiving such praise, support, and recognition by this campus despite his horrible actions. I can’t support that at all,” she said.

The Apr. 6 event is titled “History of Black Resistance, U.S. Political Prisoners & Genocide: A Conversation with Jalil Muntaqim,” and according to the event webpage, “partial funding was received from the [Promoting Excellence in Diversity] PED Grant of the Office of Equity, Diversity, and Inclusion.”

However, the school's Chief Diversity Officer, Damita Davis, sent out a March 16 memo to the student body, obtained by Campus Reform, noting that the school has "received new information" regarding the PED Grant awarded to allow one of SUNY Brockport's faculty members to bring Jalil Muntaqim to campus.

"As a result," she wrote, "the committee has rescinded the grant and no funding will be used to pay the speaker. We are not, however, cancelling the event."

"Effective immediately, we will be pausing the PED grant program while a thorough review and revision of the grant application process can take place," Davis concluded.

Muntaqim is described as a “grandfather, father, mentor to many, and loving human being” by the SUNY Brockport event description. In 1971, Muntaqim was convicted of ambushing and killing two police officers in Harlem, New York: Waverly Jones and Joseph Piagentini.

The alleged “political prisoner” formerly known as Anthony Bottom made a fake 911 call to lure in the police, and proceeded to shoot the responding officers to death. He killed Jones in one shot, but shot Joe Piagentini 22 times as the officer begged for his life.

When previously asked why he killed Jones, a black cop, Muntaqim reportedly responded, “a pig is a pig,” according to a letter to the school imploring them to cancel the event, written by Piagentini’s widow, Diane.

“While my husband lay on the ground pleading with them not to kill him, pleading he had a wife and children,” Piagentini wrote, Jalil Muntaqim “took his service revolver and emptied it into his body. There were 22 bullet holes in his body.”

The event description notes Muntaqim’s involvement with the Black Panther Party, a militant Black nationalist group connected to a number of police murders. On their website, the group calls the Republican Party “White Supremacists and Terrorists.”

He also co-founded the Jericho Movement, a group with ties to Antifa, dedicated to the idea that members of militant groups who committed acts of violence against the police were “incarcerated because of their political beliefs and acts in support of and/or in defense of freedom.”

The Jericho Movement describes Jalil Muntaqim and his “comrades” who were convicted of similar crimes as political prisoners and prisoners of war, including cop killers like Romaine Fitzgerald, Russell Shoats, Abdullah Majid, and several others.

When Muntaqim was released on parole in October 2020, the Jericho Movement website published an article welcoming him home and describing him as a political prisoner who maintains the “highest level of disciple, integrity and self-respect and respect for others.”

President of SUNY Brockport Heidi Macpherson acknowledged the “strong feedback” the school has received since announcing the event.

One university employee told Campus Reform she felt the invitation was inappropriate to begin with.

"I do not feel Mr. Muntaqim is an appropriate speaker for our campus," said Laurie Boyd, Manager of Procurement and Budget at SUNY Brockport's Office of Facilities and Planning. "To me, murdering two police officers in cold blood as they are responding to a call for help is the ultimate expression of hate and intolerance. Mr. Muntaqim feels that he was a political prisoner, but his crime was the murder of innocent men."

In an email obtained by Campus Reform, Macpherson states, “We do not support the violence exhibited in Mr. Muntaqim’s previous crimes, and his presence on campus does not imply endorsement of his views or past actions. However, we believe in freedom of speech.”

On Mar. 17, an editor's note appeared below the event description on the university website reading, "SUNY Brockport does not endorse the characterization of this event."

“Free speech is an integral part of the college experience, but for the school to voluntarily give a platform to a known domestic terrorist and cop killer while referring to him as a political prisoner and victim of the system isn’t just upsetting, it’s the lunacy of woke ideology spreading like a cancer throughout higher education, hellbent on destruction. It’s time to finally say enough is enough," the person said.

SUNY Brockport professor in the Earth Sciences department Mark Noll told Campus Reform, "While freedom of speech, and the concept that universities are built on the free exchange of ideas, are essential freedoms and liberties, the exercise of these liberties requires a degree of respect, responsibility and humanity, as these are the foundation of society."

"Commission of heinous crimes that impact people well beyond the true victims, and an apparent lack of remorse should be a line that is not crossed. Freedom of speech is guaranteed, a platform is not," he continued.

President of the New York State Police Investigators Association Tim Dymond issued a statement on Mar. 14 regarding the event stating, “To refer to a convicted killer who murdered two police officers as a ‘Political Prisoner’ is shocking, abhorrent and an insult to the families of the two slain officers.”

“On behalf of the 1,200 men and women who are actively serving as New York State Police Investigators and Senior Investigators, as well as our more than 1,400 retirees, we call on the SUNY Brockport administration to rescind the invitation to Jalil Muntaqim," the statement continued.

"Further we believe that the University should issue an apology to families of the men Muntaqim killed, and the entire law enforcement community for their insulting proposal,” the statement concluded.

The New York State Senate Minority Leader Robert G. Ott sent a letter on Mar. 14 to President Macpherson echoing the same sentiment. In the letter, Ott called the event labeling the cop killer a political prisoner an “insult” to individuals who have actually been incarcerated for speaking out against political opposition, as well as those who lost their lives in the line of service.

He further called on the university to rescind Muntaqim’s invitation to speak on campus.

Slain officer Joe Piagentini's widow Diane, as quoted by Fox News said, "The college can do whatever they want, you know, they can have whoever they want to come in and speak."

She continued, "The main thing is that they should have labeled him what he is: a cop killer."

A SUNY Brockport freshman who wishes to remain anonymous for fear of retaliation told Campus Reform, “It makes me uncomfortable knowing that he is coming to Brockport, I would fear for my safety.”

Another student, a senior at SUNY Brockport who wishes to remain anonymous and whose brother is a police officer, told Campus Reform that he was “appalled” by the event.

He noted that “it is incredibly disrespectful to openly invite someone who murdered police officers on campus. It is also disgusting that they state it as him being a ‘political prisoner.’”

The event will be hosted by assistant professor Rafael Outland, who received his PhD in Counseling and Counselor Education and has written about “the effects of bullying among adolescents” as well as “the effects of media violence on the aggression level of adolescents.”

In May of 2021, Democratic Lawmakers hosted an online event where they praised several cop-killers as “political prisoners.” According to the Washington Free Beacon, “The event featured a former member of the Black Panther Party who was implicated in the torture of a member suspected of being a police informant.”

SUNY Brockport will be hosting its 2022 Diversity Conference from March 28 to April 1. Nikole Hannah-Jones will be featured as the keynote speaker on Apr. 1.

Campus Reform has previously reported on a number of controversies surrounding Hannah-Jones, the author of the 1619 Project, who argues that America was founded in the year 1619 to facilitate the institution of slavery.

Campus Reform reached out to SUNY Brockport and Rafael Outland for comment. This article will be updated accordingly. 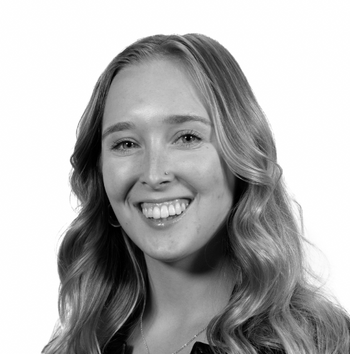 Sarah Prentice is a Political Science Major at SUNY Brockport, where she is a Campus Reform Correspondent, the President of Turning Point USA, and a Young Women for America Ambassador. She is passionately working towards a career in politics and media.