Following a Campus Reform report, a University of Florida spokesperson informed this publication that the name and accompanying plaque would be taken down due to the current situation in Ukraine.

Campus Reform spoke with multiple members of Young Democratic Socialists of America to get their reactions.

The University of Florida chapter of Young Democratic Socialists of America (YDSA) is not happy with Campus Reform and this publication's commitment to exposing liberal bias on college campuses.

Following a Campus Reform report that the University of Florida had named Room 229 in its Library West building after Karl Marx, a university spokesperson informed this publication that the name and accompanying plaque would be taken down due to the current situation in Ukraine.

Campus Reform obtained pictures of the chapter's flyers around the university campus promoting a protest at Library West scheduled for Mar. 28. Additionally, the group apparently plans to host a sit-in protest to occupy the study space on Mar. 27. 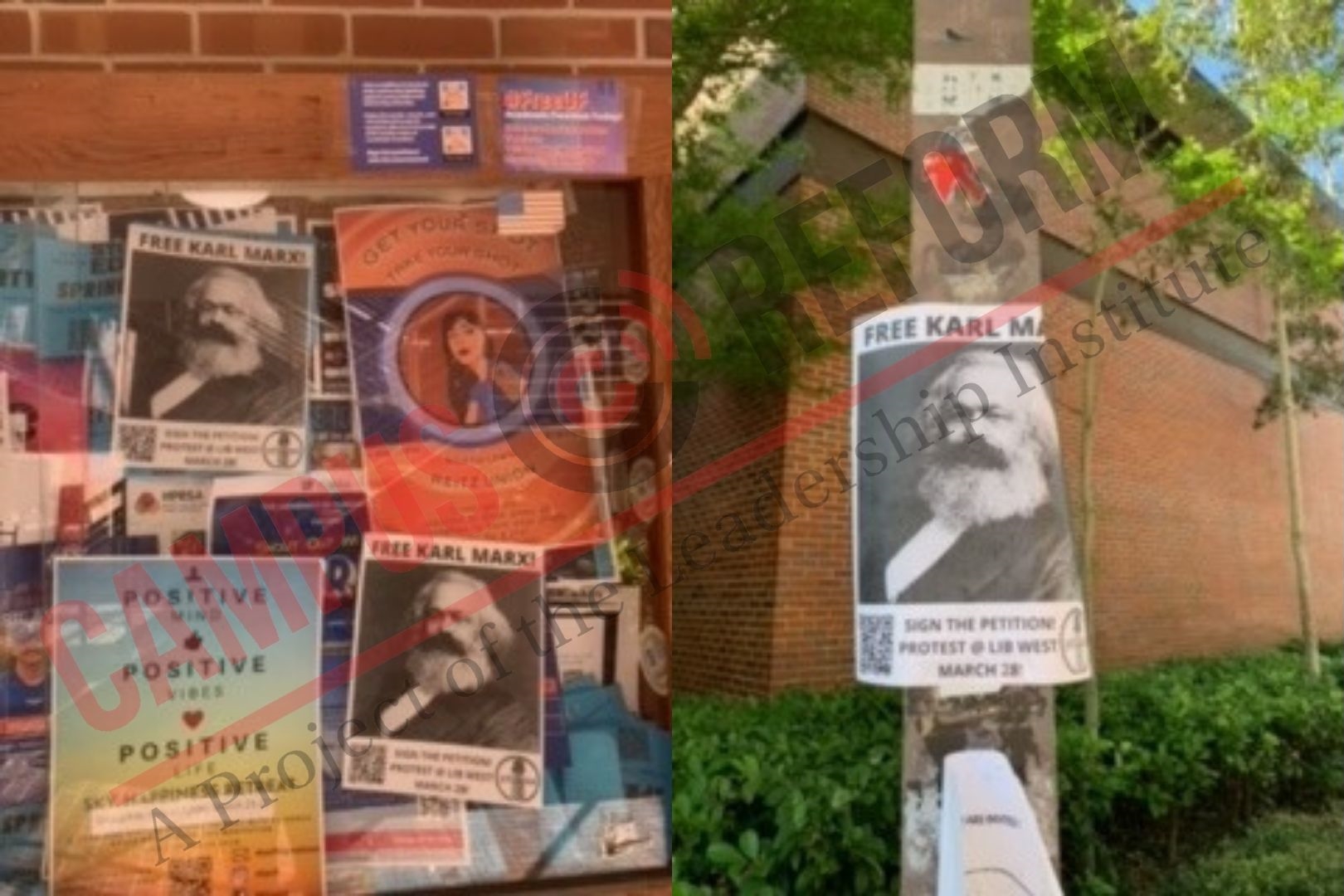 The flyers also direct readers to the chapter's online petition in support of retaining the Karl Marx name.

"The University of Florida removed the sign for the Karl Marx group study room at Library West after a report from the conservative news organization Campus Reform," the petition reads. "After the release of the report, and without any feedback from university students, the administration removed the Karl Marx group study room justifying their actions by citing current events in Ukraine."

[RELATED: Inspired by 'radical' politics, the CHE Cafe attempts to reopen at UCSD]

"It just seems like they are trying to make a statement without actually doing anything,” Mante said.

The chapter also lists a number of demands for the university on its Instagram. These demands include "the immediate reinstatement of the Karl Marx Room" and "an equitable solution regarding building names that glorify racists and homophobes."

“We have a couple of things that we are going to do. Honestly, we are unsure whether or not the university is going to be putting back the sign,” Aron Ali-McClory, a member of the university's YDSA chapter, told Campus Reform.

"I think that all perspectives should be considered at the University of Florida," Ali-McClory continued. "That includes people like Karl Marx. Because Karl Marx, beyond being someone who did influence communist movements, also inspired moderate movements like social democracy."

Library West did not respond to Campus Reform's request for comment.

Megan Ramon, who is a student of Cuban descent, questioned why her school would name a room after Marx, connecting the communist's theories to her family's experience fleeing persecution from Fidel Castro's regime.

“When I found out about its existence in the first place, I was honestly a little bit offended," Ramon told Campus Reform.

Ramon is also a member of the Cuban American Students Association.

Colton Langs, a member of the university's Turning Point USA chapter, told Campus Reform that Marx's legacy in Europe and Asia should disqualify him from being associated in such a way with the university.

“I think that it was a good idea to remove [the name] because the history behind [Marx's] ideology has led to the death of millions in Europe and Asia. It should not be associated with a prestigious institution like the University of Florida,” Langs said.