The Black Student Association at Texas Wesleyan University published a list of demands earlier this month for "a campus climate that is supportive of who we are and actively works to empower us.”

Queen Elizondo, president of the student organization, also organized a hunger strike, which began on Mar. 7.

The Black Student Association at Texas Wesleyan published a list of demands earlier this month for "a campus climate that is supportive of who we are and actively works to empower us.” 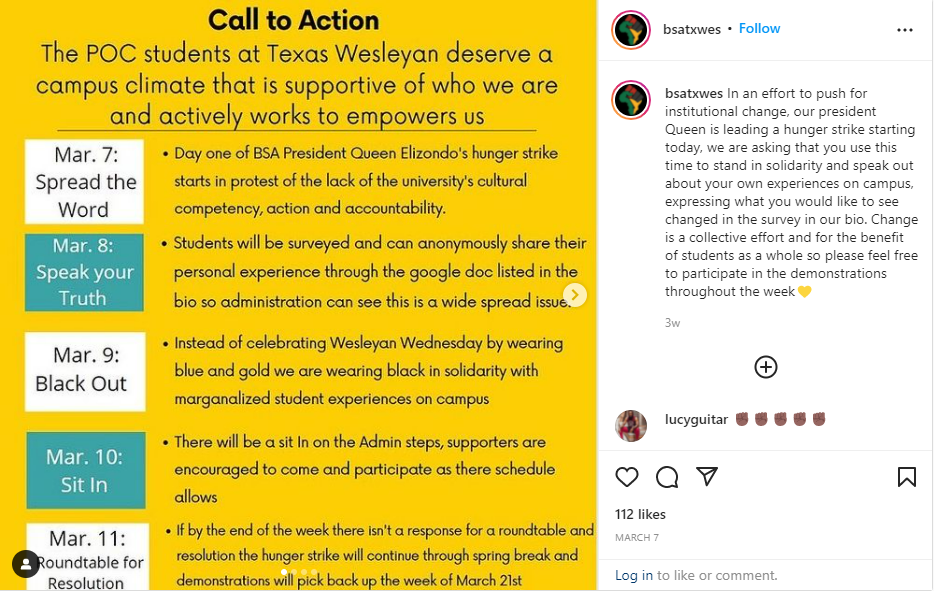 Demands included placing “bias, prejudice, and microaggression workshops” in the required first-year seminar class, developing a plan for improving the social science curriculum, strategizing to strengthen “cultural competency” on campus, and creating a safe space for students of color.

Texas Wesleyan has emphasized the importance of creating a “safe, respectful and inclusive” environment. However, according to Black Student Association President Queen Elizondo, the commitment is not enough.

Queen Elizondo, president of the student organization, also organized a hunger strike, which began on Mar. 7, the Fort Worth Report reported.

Students then held a "sit-in" on Mar. 10 in protest of the university's "administration's lack of action to meet the needs of students of color on campus," the local news outlet reported. 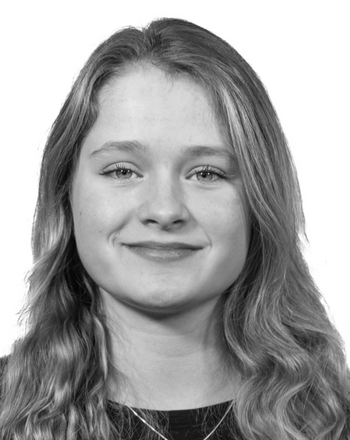