The group's Instagram also promoted similar events, including a 'Queer Prom' for all 'LGBTQIA+ identifying and allies' and a 'Queer Brunch.'

“This is a public STATE FUNDED school. This is what the state of Utah is funding!” says Gracey Payne, who shared the photo on her Instagram. 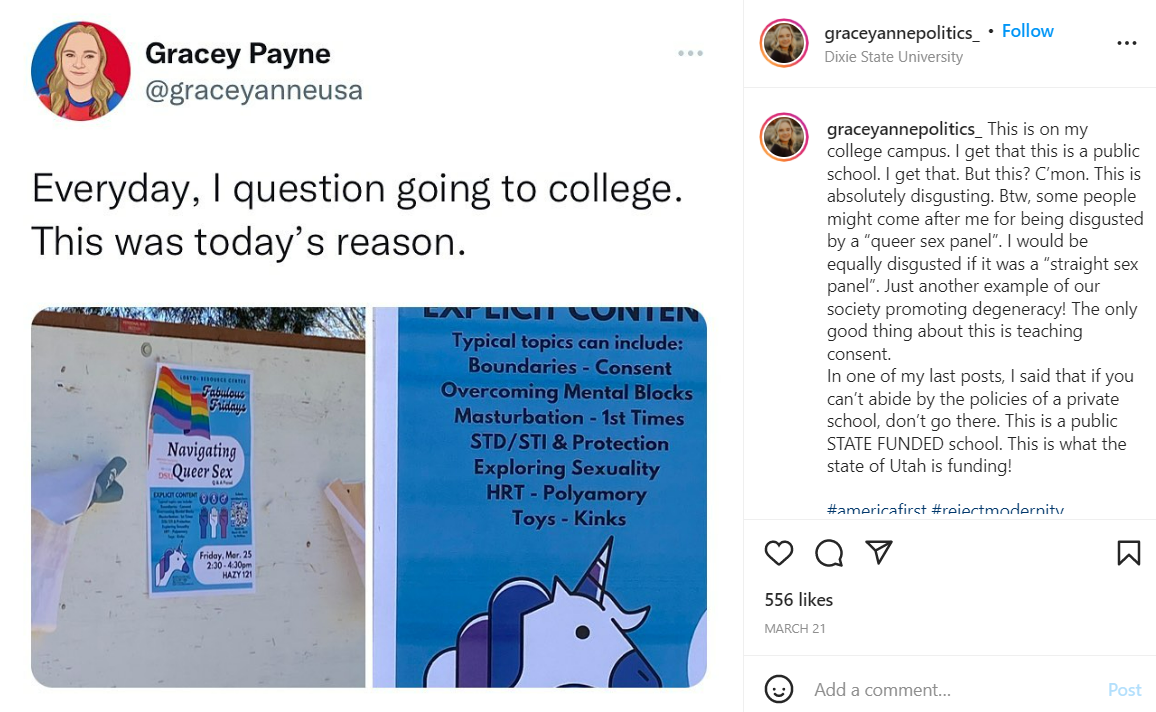 "They have it every month. Last month, they did twerking lessons," Payne stated. 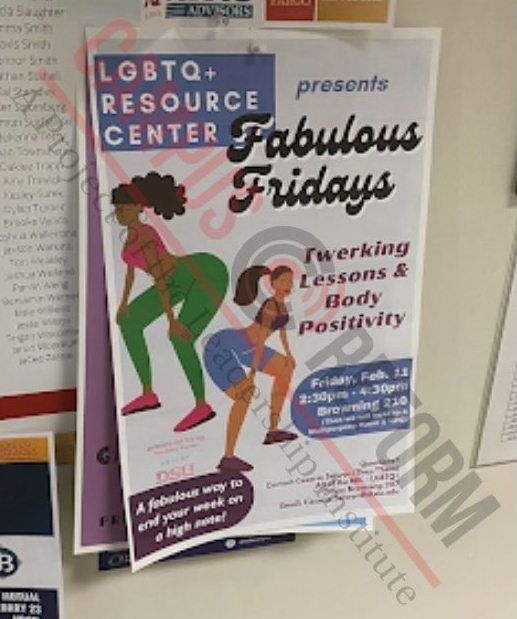 Although Payne said that while she was not opposed to students being taught about boundaries and consent, she did take issue with the event considering that the university is a "state-funded school."

“Many people who live in this community are very conservative and would be appalled to know that their taxes are being used in this manner,” Payne continued Payne.

According to a representative of the DSU LGBTQ+ Student Association, the group helped to host the event.

President of the LGBTQ+ Student Association Sarah Ostler told Campus Reform, “It was exciting for the queer students to have a safe space where they can ask questions about safe sex practices."

"The event turned out super good, and we are planning on having more in the future," she stated.

The group's Instagram also promoted similar events, including a “Queer Prom" for all “LGBTQIA+ identifying and allies” and a “Queer Brunch.”

Campus Reform has reported on numerous sex-related events that have occurred on college campuses.

[RELATED: These universities are hosting Lavender Graduations this spring]

The gallery presented “the vast spectrum of genitalia (assigned-male, assigned-female, intersex, trans, and with voluntary or forced surgeries) to destigmatize genitals and celebrate the diversity of bodies that exist.”

According to the event’s description, students had the opportunity to “thank abortion providers in Ohio and Texas for the valuable work they do for reproductive rights."

Campus Reform reached out to Dixie State University for comment. This article will be updated accordingly.