This 'Legacy of Slavery Fund' will be used to pay for Harvard's 'reparative efforts' following the release of a 132-page report on the use of slave labor on the Ivy League school's campus.

A majority of Americans oppose reparations, according to a 2021 poll conducted by the University of Massachusetts Amherst.

Harvard University is designating $100 million for reparations in the form of educational and other support.

This "Legacy of Slavery Fund" will be used to pay for Harvard's "reparative efforts" following the release of a 132-page report on the use of slave labor on the Ivy League school's campus.

Harvard estimates that it had 70 African and Native American slaves during a 150-year period.

"On April 26, 2022, Harvard President Larry Bacow released the Report of the Committee on Harvard & the Legacy of Slavery, accepted the committee’s recommendations in full, and announced a historic commitment of $100 million to fund their implementation," the university states on its website.

Fox News reports that Hannah-Jones made the comments at the National Antiracist Book Festival, a program of Ibram X. Kendi's Center for American Research at Boston University.

A majority of Americans oppose reparations, according to a 2021 poll conducted by the University of Massachusetts Amherst.

Upon the release of this report, Bacow stated in a letter to the Harvard community that the $100 million will be divided between an endowment and funds for "current use."

Though Harvard has not yet clarified how the fund will be used in concrete terms, the university intends to work with the descendants of enslaved individuals identified by historic records during "the process of reckoning and repair."

Campus Reform has reached out to Lawrence Bacow and Harvard University for comment. This article will be updated accordingly. 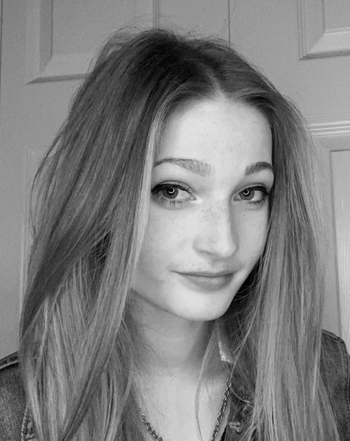 Elizabeth Podgorny is an admitted student at the University of South Florida. Originally from Chicago, Illinois, Elizabeth hopes to pursue her political career by obtaining a degree in political science and further networking through social media. Elizabeth currently creates content for the Today is America Creator Fund and is the Social Media Director of USF’s Turning Point USA Chapter on campus.