Students take to the streets in nationwide pro-abortion protests

This past weekend, one million activists marched across the country to protest the potential overturn of Roe v. Wade.

Pro-abortion activists took part in the annual "Women's March" on May 14 to protest the potential overturn of Roe v. Wade. This year's theme was "Bans Off our Bodies."

One million activists marched in 450 demonstrations across the country.

Below are other pro-abortion protests or events students have organized in May:

Numerous student organizations march for "Bans Off Our Bodies"

Students participated in the nationwide march in target cities including Washington, D.C., Santa Barbara, and Phoenix.

Planned Parenthood Generation Action (PPGA) at Cornell University rallied in Ithica, New York, to "show up to fight for abortion access." The chapter aimed to "send a message that we are mobilized to take action against the overturning of Roe and the abortion bans seeing our country!" 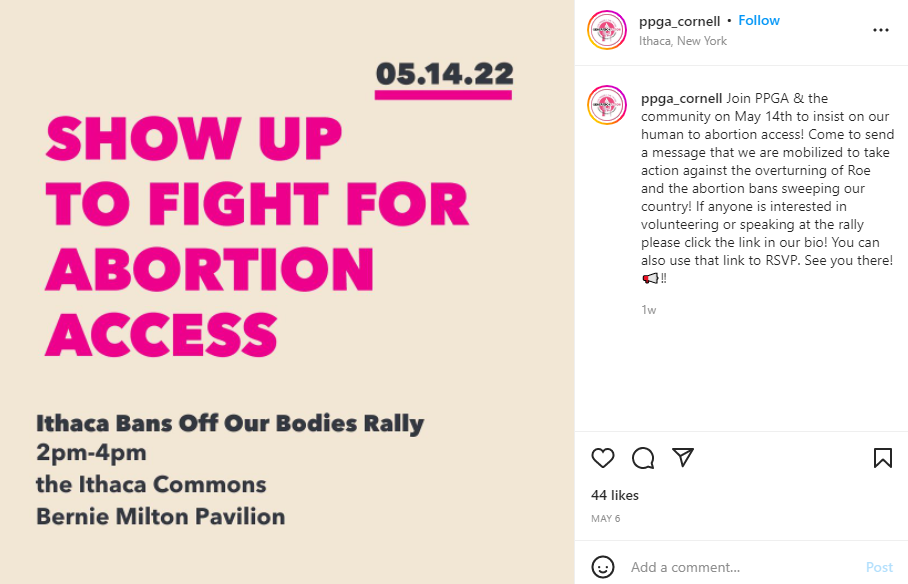 In Phoenix, the PPGA chapter at Arizona State University marched to the Arizona State Capitol Building in coalition with Radical Women Phoenix. 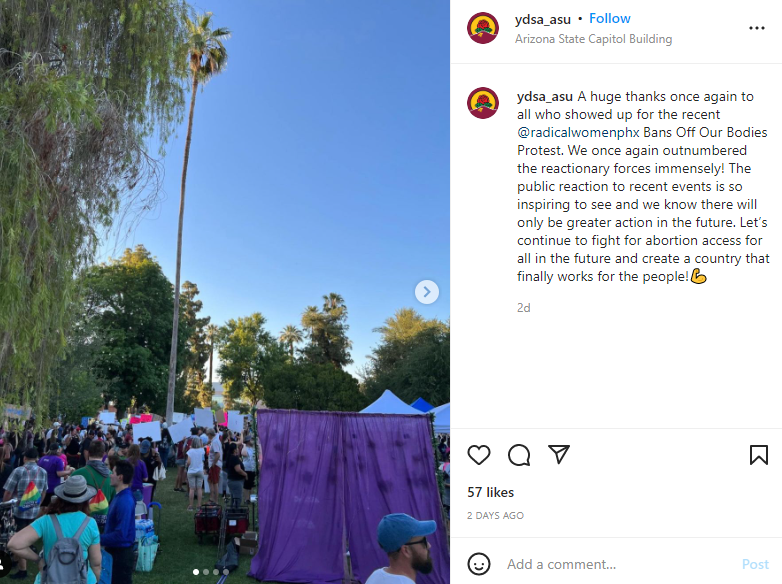 A large showing in California placed student activists in cities throughout the state. PPGA Cal Poly (California Polytechnic State University) marched in Saint Louis Obisbo and another march was held in Santa Ana. 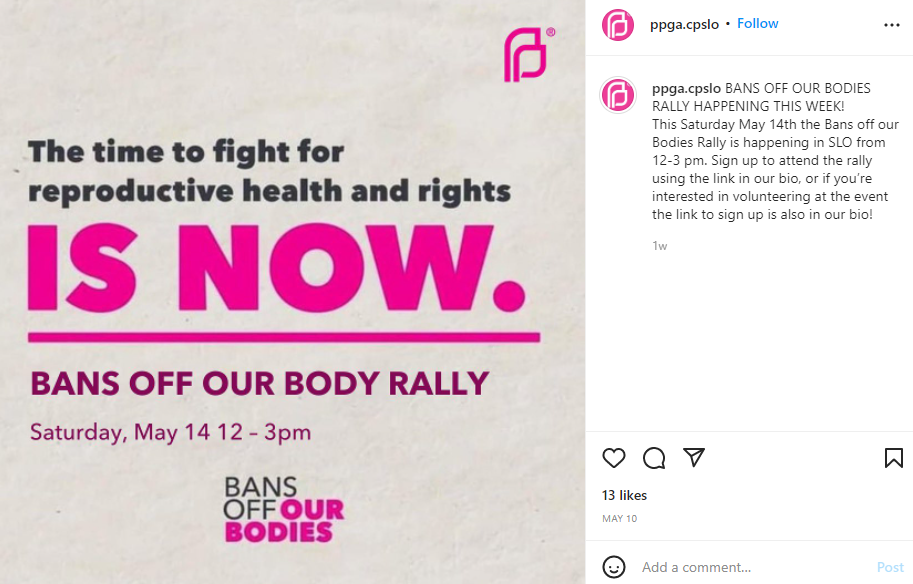 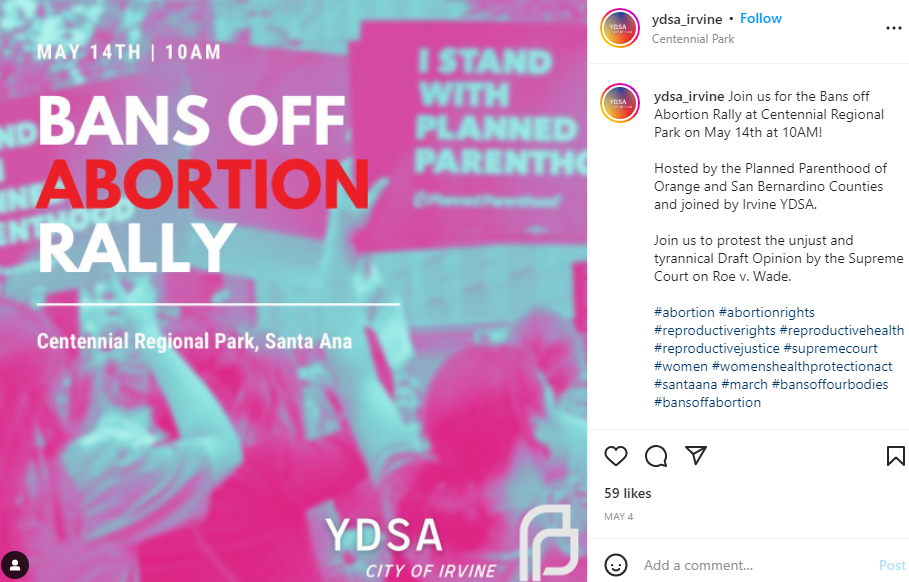 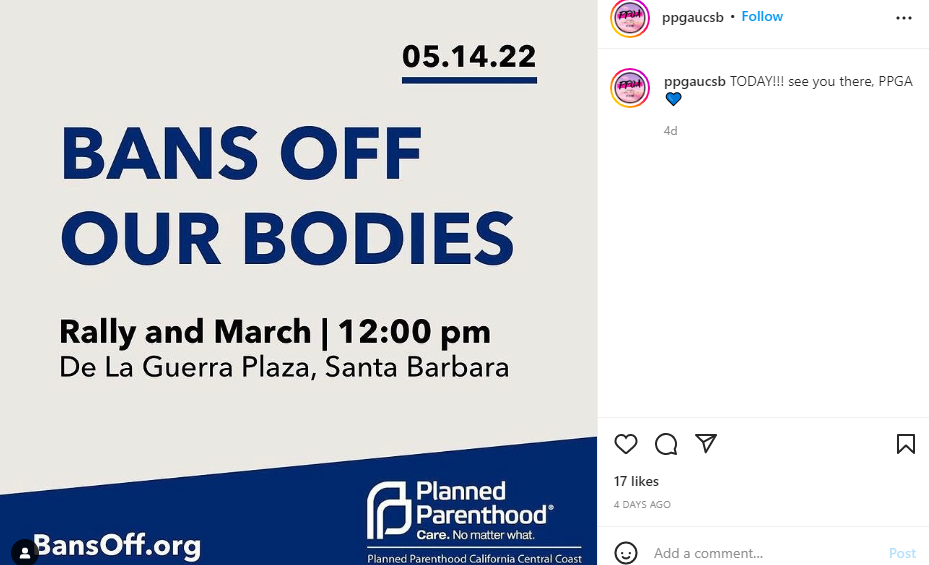 Student activists persisted in their pro-abortion tirade by un-ironically protesting on Mother's Day.

University of Central Florida YDSA partook in a "rally & march" in Orlando to "DEMAND LEGAL ABORTION WITHOUT APOLOGY." 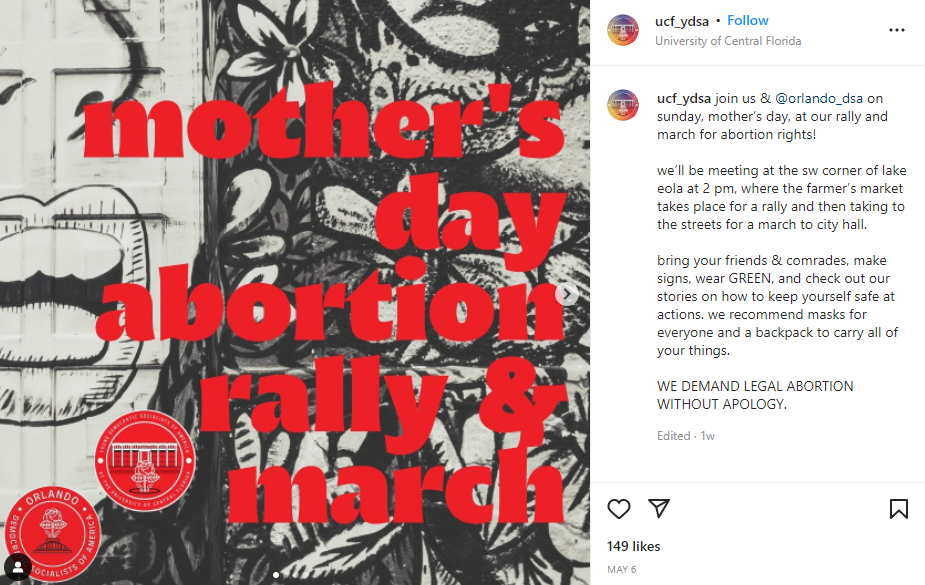 Similarly, the YDSA chapter at the University of Louisiana at Lafayette held a "Mother's Day Protest" to "Keep Abortion Legal." 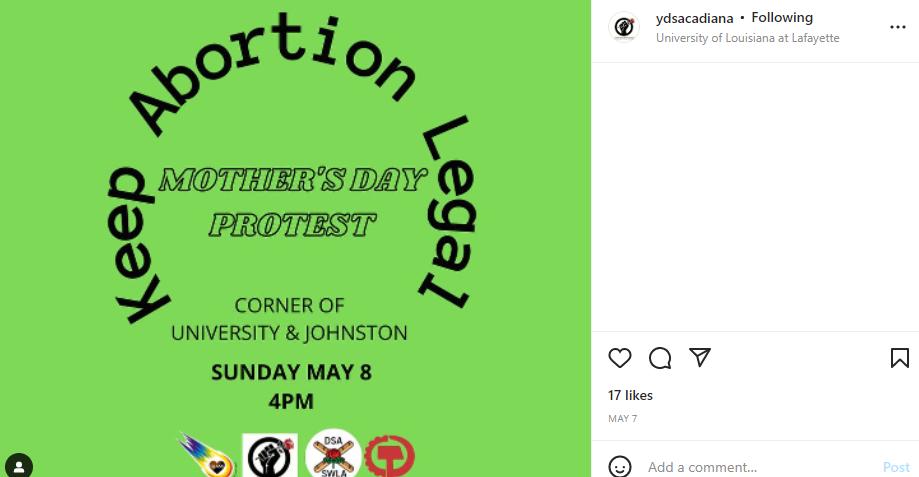 Aside from marches, students also got creative in advocating for abortion. At the University of Illinois at Urbana-Champaign, the PPGA chapter hosted a "Defend Roe: Not If, But When?" concert at The Canopy Club to defend Roe v. Wade. The event was held on May 12 and featured "drinks, raffles, prizes, and live music." 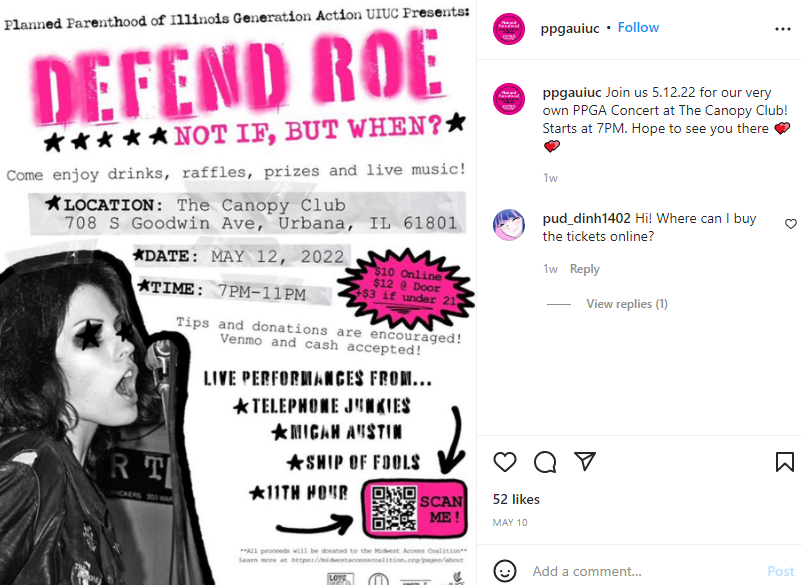 Attendees were encouraged to tip and leave donations, and a cover charge was required for entry.

The PPGA chapter at Washington University published a list of university demands after holding a "Rally for Reproductive Freedom" on campus. The five-point list demands that the university take an "official stand to protect reproductive rights in Missouri," as well as commit to footing the bill for the abortion endowment tax and continue "teaching abortion care at the medical school." 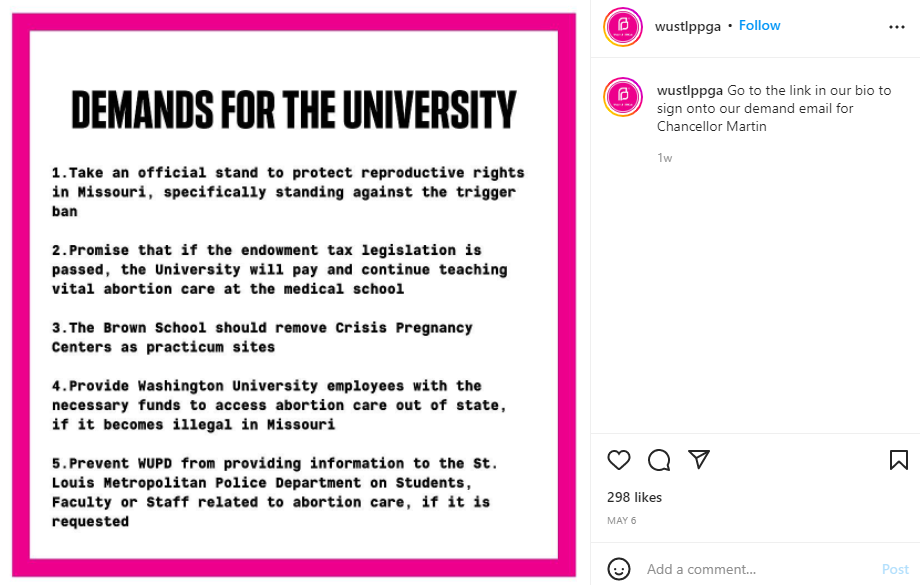 The demands also include removing crisis pregnancy centers from practicum sites at The Brown School, prohibiting the campus police department from providing abortion information about students and staff to the St. Louis Metropolitan Police Department, and agreeing to fund out-of-state abortions for faculty.

Lastly, PPGA at UC San Diego demanded on May 10 that "reproductive rights" be protected for "students and youth." The chapter advocated that high school students need access to abortion. 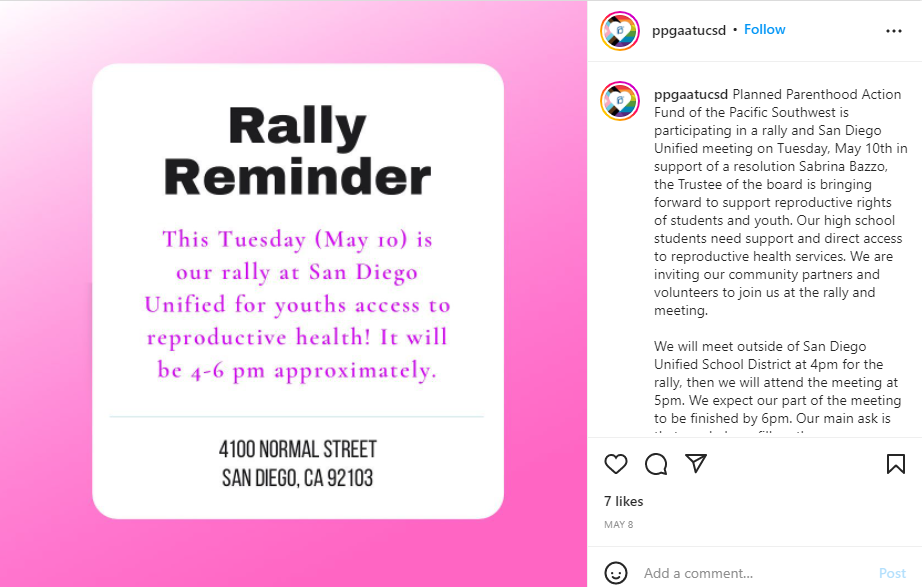 "Reproductive rights are under attack and opposition has gotten stronger- we want to take a stand and demonstrate to the community that PP stands with our youth and students," the group stated.

The resolution declares that prohibitions on the right to freely exercise reproductive freedoms are harmful to public health and safety, and are contrary to the values of the people of San Diego and the State of California. (2/5) https://t.co/nCPIVFtzRu pic.twitter.com/qLFbx9IUqL

"The resolution declares that prohibitions on the right to freely exercise reproductive freedoms are harmful to public health and safety," San Diego Unified tweeted on May 10, "and are contrary to the values of the people of San Diego and the State of California."

Campus Reform has contacted every organization mentioned in this article and will update accordingly.