Michael Knowles does not count as free speech, students argue

In response to Knowles' speech, the SGA deemed it necessary that the university 'address and actively change their past behavior of ignorance around LGBTQ+ matter.'

The SGA condemned the event and expressed that it was "disappointed and frustrated" by the allowance of a "speaker who is openly transphobic and actively seeks to erode and endanger the LGBTQ+ community.”

Furthermore, the resolution asserted that the Knowles event should not have been considered a free speech event because of the "danger" it posed to campus safety.

According to the resolution, the event was "directly incompatible with the safety of the community or the functioning of the University."

"We fully believe in freedom of speech and expression, however there is a line between free speech and hate speech that must be drawn," the resolution stated.

In response to Knowles' speech, the SGA deemed it necessary that the university "address and actively change their past behavior of ignorance around LGBTQ+ matters."

The resolution's demands included "accessible and inclusive housing for transgender, gender non-conforming, and intersex (TGNI) students at BU" and a partnership between the university and the LGBTQIA+ BU Student Task Force.

The partnership would work together "to measure LGBTQ+ inclusivity" and fulfill the "forthcoming recommendations."

The resolution also clarified that the Student Government “is open to working with the administration on a policy regarding the protection of marginalized communities on campus against hate speech in the interest of both student freedom and student safety.”

The students have formed a new Intersection of Marginalized Peoples and Community Task Force (IMPACT) Committee "serve as an agent in matters concerning marginalized communities."

Campus Reform contacted Boston University and YAF for comment. This article will be updated accordingly. 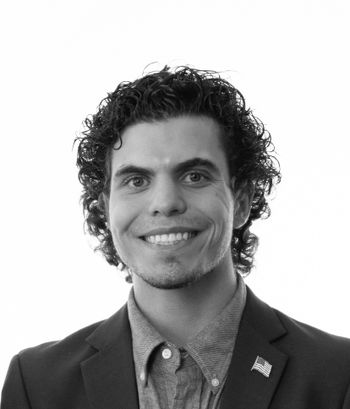 Jesse Hughes is a student at Liberty University in Lynchburg, VA. He is double majoring in law & policy and history as well as pursuing a minor in theology. Jesse is the Chairman of the College Republicans of Liberty University. He is an avid reader, guitarist, and sports fan, and also writes opinion pieces for his campus newspaper, The Liberty Champion.