Baylor, a Baptist university located in Waco, Texas, granted the charter to Prism, an "LGBTQ+ and allies student organization," on Apr. 19.

Chartered student organizations are eligible to receive benefits including on-campus meeting space, on-campus advertisement, and access to student funding, according to the Student Organization Policy.

"The mission of Prism serves Baylor University and its students through creating a respectful space that embraces diverse sexual identities (community) focused on continuous learning for the Baylor community, giving voice for LGBTQ+ students to the administration (care), and creating opportunities for all students to access resources through connection, belonging, and education," the Prism constitution states.

However, the chapter contradicts the policy outlined in the Baylor Student Handbook. According to the school's Statement on Human Sexuality, Baylor students are expected to abide by "biblical teaching" that dictates marriage is "between a man and a woman."

"The University affirms the biblical understanding of sexuality as a gift from God," the statement reads. "It is thus expected that Baylor students will not participate in advocacy groups which promote understandings of sexuality that are contrary to biblical teaching."

"Prism's charter is consistent with the parameters outlined by the Baylor Board of Regents in May 2021," Fogleman added.

"The biblical understanding that sexual relations of any kind outside of marriage between a man and a woman are not in keeping with the teaching of Scripture," the Board of Regents stated in a May 2021 resolution.

"As an important and faithful expression of our Christian mission, we desire to establish trust with our LGBTQ students so that, among other things, they might seek out the resources provided by Baylor," the board addressed.

This was echoed by Senior Director of Student Activities Matt Burchett, who told the Baylor Lariat that the charter was in "alignment with creating a caring Christian community for all of our students."

[RELATED: ‘LGBTQ+ allyship trainings’ at a Catholic university? Yes, there are.]

On average, 80% of Baylor students "identify with a religion and believe in the resurrection of Jesus."

Baylor University is not the only Christian college to endorse programming or content inconsistent with biblical teachings on sex and sexuality.

In August, Campus Reform reported that Emory University featured a Pride mural on a residence hall building. Emory is a Methodist institution in Georgia.

Campus Reform has also reported on the dozens of Christian universities that have promoted Planned Parenthood.

Campus Reform has reached out to all mentioned in this article for comment. This article will be updated accordingly. 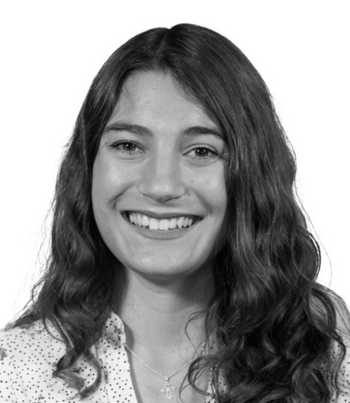 Ariana Brockman is a sophomore at the University of Nevada, Reno. She is pursuing a major in journalism with an emphasis in film and media production, as well as minors in American history and videography. Currently, she is serving as secretary of her university’s Turning Point USA chapter.