Following an Apr. 13 report on "allegations of mission-drift" at the college, the Pennsylvania institution updated its vision statement to include the term "conservative values."

"Grove City College strives to be a highly distinctive and comprehensive Christian liberal arts college of extraordinary value. Grounded in permanent ideas and conservative values and committed to the foundations of free society, we develop leaders of the highest proficiency, purpose and principles ready to advance the common good," the new statement reads. 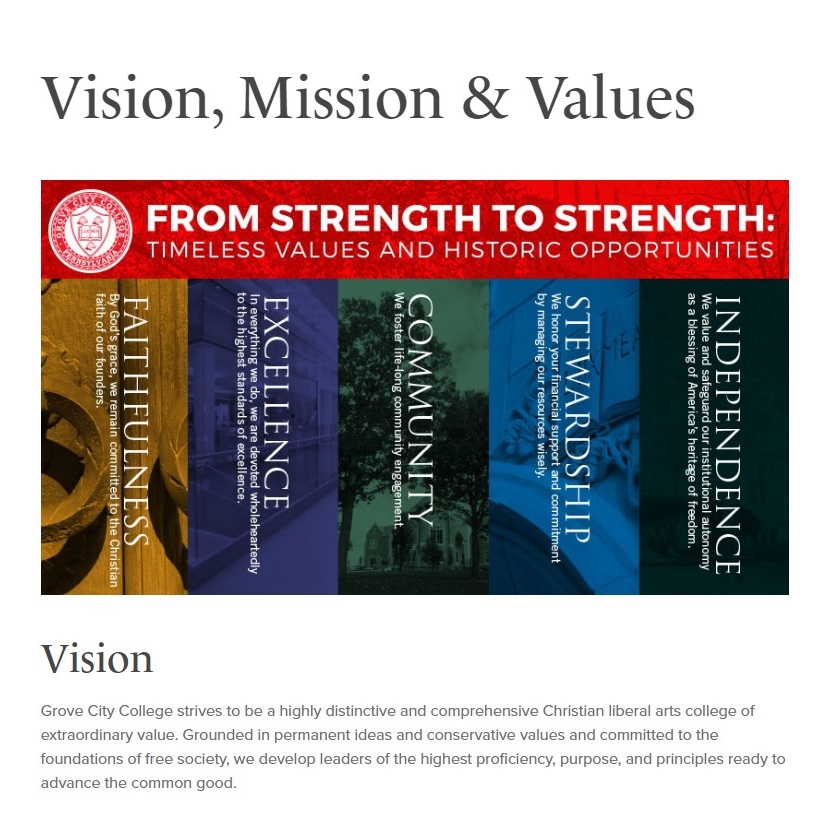 As of Feb. 7, that statement contained the phrase "[g]rounded in permanent ideas and traditional values." 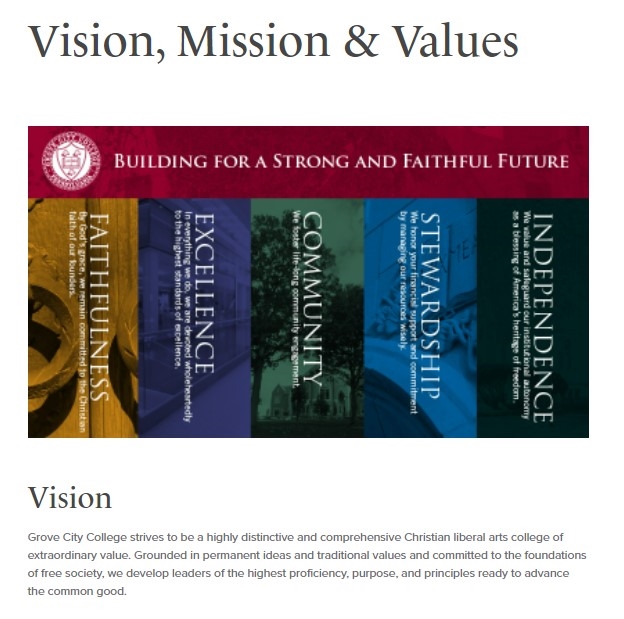 A Special Committee at the college started its investigation on February 16 following reports of "specific instances of misalignment" in the school's curriculum and structure.

These incidents included a 2021 course, "Cultural Diversity and Advocacy," that assigned Ibram X. Kendi's How to Be an Antiracist and Robin DiAngelo's White Fragility as class readings.

In place of the course, the Committee recommended an "elective, interdisciplinary course" that will be inviting for "all students."

The report also accused a 2021 Resident Assistants (RA) orientation of including CRT content by showing a TED Talk that discussed "whiteness."

To rectify this move, the Committee recommended the Director of Residence Life "provide clearer direction" that is "consistent with the College's vision, mission, and values" to be used during RA training.

"Grove City College has not changed," the report reassured. "It remains a Christ-centered, conservative institution.  GCC's Board and president are firmly committed to its historic vision, mission, values, and character."

The Board has since accepted and adopted the report.

GCC Board of Trustees issued a statement on the report on May 13 that rejects Critical Race Theory's "politicized worldview."

"[W]e cheerfully embrace the biblical teaching that God's kingdom includes people of all nations, races, cultures, and ethnicities," the statement reads. "By God's grace, GCC may become a foretaste of that kingdom."