Across the nation, universities are updating their style guides and resource materials to include politically correct language.

Located in Massachusetts, Smith College's style guide going into the fall 2022 semester calls on students to use “inclusive language,” including avoiding the use of gender pronouns.

“Avoid using ‘chairman.’ You could also use ‘presiding officer,’ ‘coordinator’ or ‘convener,’” the style guide reads.

The guide even suggests that alumni of the school should not be referred to as “Smith alumnae.” Instead, the term “‘Smithies’ can be also used as a nongendered alternative.”

[Related: FIU tells students to avoid saying 'husband,' 'wife,' or ‘you may kiss the bride’]

Students should also “[a]void stereotyping or using language that is insensitive to cultural differences or that unwittingly marginalizes, excludes or offends any group of people.”

In August of 2021, for example, Pennsylvania State University (PSU) Faculty Senate updated their "Chosen Identity Policy" to including the terms “they, them, theirs.”

The policy states that it supports, “the establishment of a chosen name, gender identity, name prefixes, pronouns, and sexual orientation for use within University systems."

The University of Pittsburgh (Pitt) has also adopted a similar protocol in its most recent style guide.

Under the “Gender Sensitivities” category, students and faculty are recommended to replace the words “waiter/waitress” with “server.”

The guide also recommends that students and faculty use “humankind” instead of “mankind.”

Campus Reform contacted all parties mentioned for comment. This article will be updated accordingly. 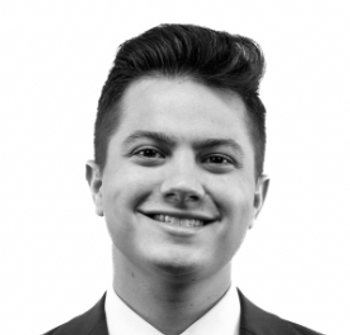 Jordan Deibler is a Pennsylvania Campus Correspondent. He goes to Pennsylvania State University. Over the summer, Jordan was a Leadership Institute intern. He is in student government and College Republicans.