On May 17, the University of North Carolina System released a report on the status of 'Free Expression and Constructive Dialogue' at member schools.

One notable finding was that conservatives were more likely than liberals at UNC Chapel Hill to self-censor their political beliefs.

On May 17, the University of North Carolina (UNC) System released a report on the status of “Free Expression and Constructive Dialogue” at member schools.

Key findings of the report included that “[c]ampuses do not consistently achieve an atmosphere that promotes free expression,” “[s]tudents who identify as conservative face distinctive challenges,” and “[s]tudents across the political spectrum want more opportunities to engage with those who think differently.”

The report conducted extensive surveys among students across campuses such as UNC Chapel Hill, UNC Asheville, and UNC Charlotte, and built on a previous study on the same subject conducted by UNC-Chapel Hill in 2019.

One notable finding of the 2020 survey was that conservatives were more likely than liberals at UNC Chapel Hill to self-censor their political beliefs, with survey results showing that 41% of conservatives, as opposed to 9% of liberals, have “[s]elf-censored more than once.”

The study also asked students which topics, from a list of nine, they felt uncomfortable talking openly about on campus. This included “Race relations in the United States,” “Police use of force,” “Gun rights,” “Immigration policy,” “Mask mandates,” and “Climate change.”

Responses from students speaking about how they felt about addressing these and related topics openly included the following.

“I am a strong conservative and will not apologize for my beliefs. However, college campuses have become extremely intolerant in terms of those beliefs. I'm seen as stupid of uneducated for believing in them and I have had teachers express that to me this semester. In [course], I remember the topic of women's rights and healthcare came up and I believe there should be no abortions period. Had I expressed that I would have been reported by other students and potentially doxxed.”

“My family immigrated here from [place description], I have seen first hand how increasing taxpayers money to fund social justice causes does not work because sometimes people in politics and in government are corrupt…Most [major] students believe the opposite…It was difficult to get my point of view across without feeling like classmates are judging me and thinking I do not care about these social justice causes.”

“In my class, our professor would outright teach the class and topics from his political point of view which could make it difficult anytime you have a different view. For certain controversial topics like the death penalty, or the sitting president, I often held back my views so I would not get penalized for that discussion.”

“A culture of free expression is absolutely core to our mission as a public university. We can’t earn public trust, prepare students for democratic citizenship, or conduct rigorous research if we don’t have open and honest dialogue,” Hans said.

“Far too many students are reluctant to speak their minds, to hash out ideas, and that undermines the goals of higher education.” 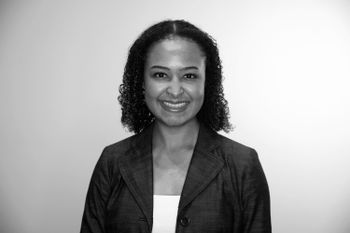