Despite an official investigation exonerating a BYU spectator, BYU’s Anti-Racism Club is sticking to the original false version of the story.

UPDATE: After the publication of this article, the Anti-Racism Club told Campus Reform that it confirmed during its Sept. 21 meeting that the accusations of racism were inaccurate. The group also said its advisor said it could not make an “official statement” as a “BYU club.” Additionally, the group says it included the statement in the email in error.

Despite an official investigation exonerating a Brigham Young University (BYU) spectator of supposed racist “heckling” during a volleyball game against Duke, BYU’s Anti-Racism club is sticking to the original false version of the story.

BYU is located in Provo, Utah.

Last month, Duke volleyball player Rachel Richardson claimed that racial slurs were directed at her during a BYU v. Duke volleyball game on Aug. 26. Later the next week, outlets such as the Salt Lake Tribune, Cougar Chronicle, and Deseret News questioned whether there was any solid evidence to back up this claim.

On Sept. 9, after an official internal investigation conducted by BYU, the university released a statement concluding that “we have not found any evidence to corroborate the allegation that fans engaged in racial heckling or uttered racial slurs at the event.”

But just two days before this announcement, after most of the evidence exonerating the BYU spectator had already become public knowledge, BYU’s Anti-racism club took the opportunity to stick with the original, falsified version of events.

One of the statements from the email, obtained by Campus Reform, contained the following official statement concerning the BYU v. Duke volleyball game:

We are deeply disturbed and distressed by the recent reports from athlete Rachel Richardson. We support the validity of her statement and strongly condemn both overt and covert racism at BYU. With other organizations, we call on BYU as an institution to better implement the suggestions highlighted in the COREB report and provide additional measures (like a formal statement before games condemning racism) to prevent these instances from reoccurring. As an organization, we will commit to educating and empowering students on how to speak up and stand up against racism, both on and off campus. Because we believe that words without action are insufficient, we will be continuing to plan activism activities to address these issues. For now, under the direction of our advisor, we will seek on educating our members and members of the campus community on how to speak up & address the instances of less visible occurrences including microaggressions on campus.

The statement was presented to BYU students after evidence had already come to light casting serious doubt on Richardson’s story, such as Deseret News reporting on and interviewing a BYU police officer who claimed he “didn’t hear or observe any inappropriate comments or language from the ROC section.”

The fact that the BYU Anti-racism club decided to present this statement in the face of contrary evidence, however, accords with their “believe everyone’s story” policy.

“Respect another person’s experiences and story. Believe and validate them and the context from which they are coming,” the email reads. 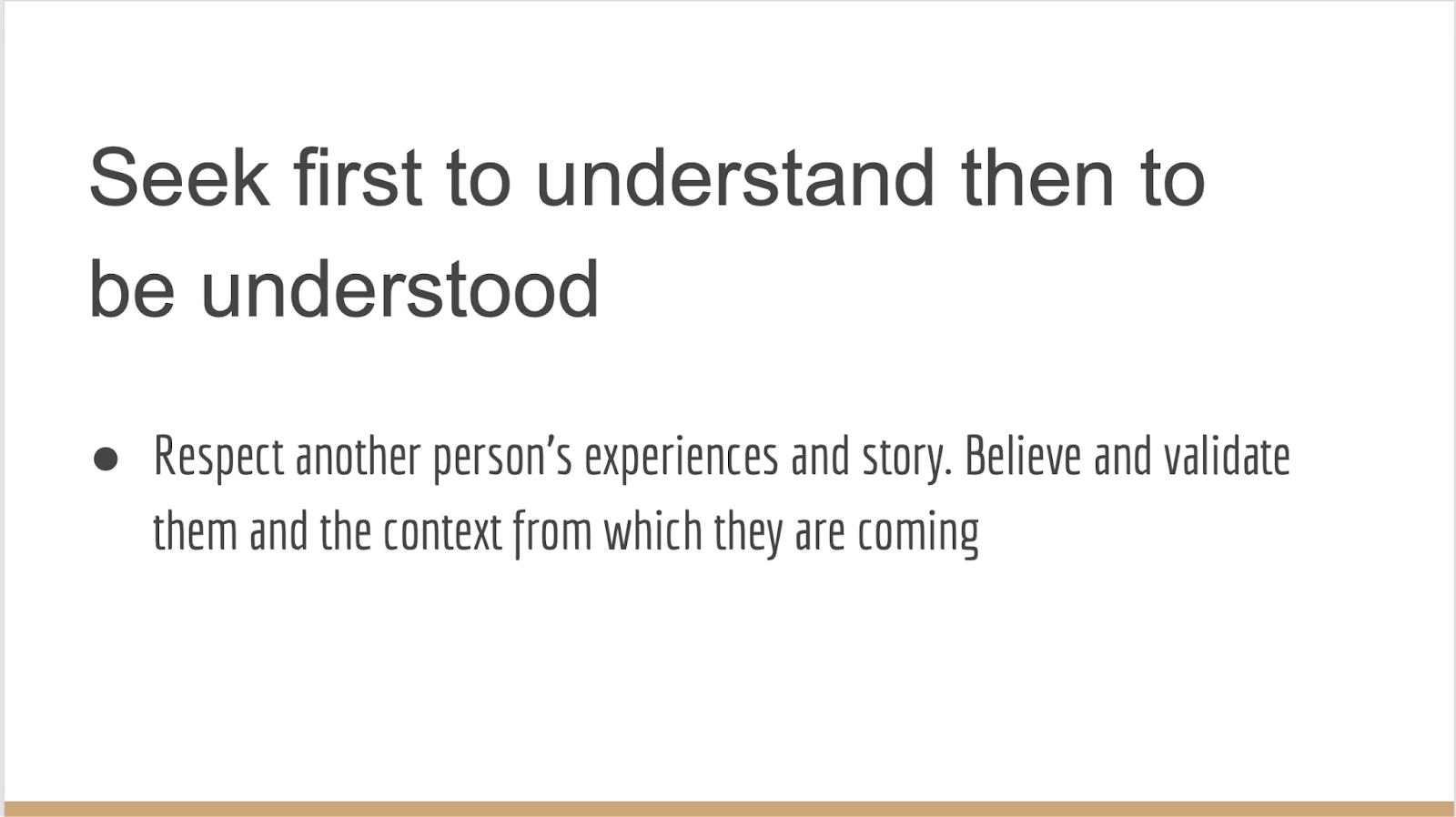 BYU, Duke University, Rachel Richardson, BYU Anti-racism club, The Black Menaces, and Stop Your Silence were all contacted for comment; this article will be updated accordingly.

Editor's Note: Thomas Stevenson is the co-founder of the Cougar Chronicle, a student publication at Brigham Young University who originally broke this story.