Incoming Georgetown University School of Medicine (GUSOM) students are required to complete Anti-Racist curriculum before they can begin their medical education.

Trending
1
Christ is transgender, dean claims
By Thomas Stevenson '23
2
Stanford band mocks Christians during halftime show
By Thomas Stevenson '23
3
UChicago announces 'The Problem with Whiteness' course
By Caroline Cason  '22
4
Harvard Law instructor: 'It is our civic duty to accost' the '6 justices who overturned…
By Blake Boudreaux  '25
5
PROF. ELLWANGER: The End of Affirmative Action on Campus? Don’t Bet on It.
By Adam Ellwanger
6
Will Witt responds to students' accusations that he is a 'fascist'
By Kate Anderson
Travis Morgan '23 | California Campus Correspondent
Wednesday, September 28, 2022 7:00 PM

Incoming Georgetown University School of Medicine (GUSOM) students are required to complete Anti-Racist curriculum before they can begin their medical education.

“The first-year medical students met in small groups via Zoom during their orientation to discuss ‘Fatal Invention: How Science, Politics, and Big Business Re-Create Race in the Twenty-first Century’ by Dorothy Roberts,” according to a news story from GUSOM.

Roberts, a professor of law and sociology at the University of Pennsylvania (UPenn), was also a contributor to Nikole Hannah-Jones’ The 1619 Project, a series of essays assembled with the goal of reshaping America’s origin story as a nation made to preserve slavery.

“At the heart of Roberts’ work is an effort to show that race is socially constructed, rather than biologically determined,” the news story reads. “At the same time, race is a lived reality for people of color who face an array of health disparities.”

Medical disparities which exist between racial groups are attributed to factors of racism rather than genetics at the Washington, DC university.

“If I see a man of African descent, I’m automatically looking at prostate cancer risk because I know Black men tend to have aggressive prostate cancer and have higher mortality rates,” urologist Gjanje Smith-Mathus told GUSOM.

“The difference is that 10 years ago, I would have looked at what genetic thing is going on,” Smith-Mathus continued, “but now I’m looking for environmental factors such as access to screenings and cultural competency of the treating physician.”

Other medical schools across the country have been incorporating similar ideologies into their curriculum.

In July, Campus Reform reported on “Tenets of Critical Race Theory and diversity, equity, and inclusion initiatives” having permeated the University of California San Diego School of Medicine.

In August, the University of Chicago Medical School was criticized for excluding white applicants from applying to their Visiting Clerkship program.

At the beginning of September, Dr. Stanley Goldfarb, former associate dean of curriculum at the UPenn’s Perelman School of Medicine, wrote an op-ed in The New York Post claiming that “[e]lite medical schools are deliberately recruiting woke activists, jeopardizing their mission of training physicians.”

Dr. Goldfarb serves as Board Chair of Do No Harm, an organization that “fights for individual patients – and against identity politics.”

Goldfarb recently told Campus Reform that “[his] fears were realized after virtually all of academic medicine took pledges to commit to antiracism and other woke actions in the response to the killing of George Floyd.”

Ian Mifsud, a biopsychology student at the University of California, Santa Barbara, questioned the relevance of the Anti-Racist curriculum to the medical field.

“To preface, medicine is a science,” Mifsud told Campus Reform. “Its practices are supposed to be rooted in evidence—replicated and validated evidence. From this standard alone, I do not believe ‘Anti-Racist’ curricula could ever meet such criteria.”

“I am not surprised that universities are requiring such curriculum as they all religiously posit Postmodernism as the only acceptable mode of being,” he said. “However, it is highly concerning that this worldview has spread to Western medical education.”

Despite these criticisms, Dr. Sarah Kureshi, Associate Professor in the Department of Family Medicine and the Vice Chair for Education said that “[h]aving this training on the first day shows the School of Medicine’s commitment to anti-racism and health equity curriculum.”

GUSOM, Dr. Kureshi, Dr. Smith-Mathus, nor Roberts responded to Campus Reform’s request for comment at the time of publication. 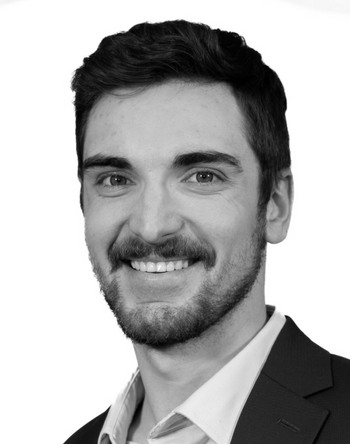