OPINION: I was fired from a university newspaper for questioning leftist dogma

​In Fall 2022, I got hired by the University of Utah’s student-run newspaper The Daily Utah Chronicle.

Because no specific reasons beyond personal feelings were given for my termination, even after I asked for them, I was left with only one conclusion: they fired me due to political differences.

In Fall 2022, I got hired by the University of Utah’s student-run newspaper The Daily Utah Chronicle. From the start, I explicitly stated that I do not side with any political ideology, and told Opinion Editor Camden Alexander that I take a philosophical unbiased approach to my writing.

In my training, however, I was shown a list of ideologically influenced censored words and phrases that you cannot mention in your articles, including “identity politics” and “politically correct.”

When shown this list, I asked if I could write an article on it in order to explore the reasoning behind the banning of those words. My request was taken as a joke and I was shut down.

The clear anti-conservative bias of the newspaper continued at desk meetings.

Members of the team claimed conservatives are immoral and should not be allowed on campus, and someone expressed their desire to write on the hypocrisy of the right advocating for Christian values while acting immorally. This statement, like every other ideological critique of conservatives, was celebrated by the desk. In this case, their approval took the form of finger snapping.

Jokes were also consistently made about conservatives. I remained silent, however, reasoning that there was no point in arguing with people who are dogmatically committed to leftist thought.

Evidence of the systemic liberal bias of The Daily Utah Chronicle is not limited to such behind-the-scenes experiences.

An opinion piece recently written by The Chronicle’s staff writer and audio producer, Elle Cowley, for example, is titled “Keep Turning Point USA Off of Campus.” In the piece, Cowley argues that TPUSA, a well-known conservative student group, should not be permitted to exist on campus.

She concludes by arguing the university “needs to do better at vetting political groups that come on to campus.”

Contrary to Cowley’s view, I believe it is never appropriate to suppress any political group on campus, especially if you do not agree with them.

At another desk meeting dedicated to brainstorming, I stated that I think we are allocating too many resources to global warming causes. In response, I received condescending dismissal.

I proceeded to explain that most global warming endeavors are inefficient and some negatively impact the poorest communities. The team proceeded to yell over one another demanding responses to what I said with moral superiority and virtue signaling.

I responded that they can read about it in my article, but was fired before I was able to do so.

The straw that broke the camel’s back was a pitch I made to the newspaper. I had used one of the banned terms again, in this case, “identity politics.” I submitted this pitch: “Identity politics is killing the left, Bernie Sanders is the best possible solution: The left seems to have conformed to people who side ideologically but encourage the system itself. Bernie Sanders is seeking to provide actual change and his moral ideals have remained consistent through the years.”

My intention was to provide a different perspective than the ones typically pushed in their one-sided ideological articles, and to offer a constructive critique of the left. I was let go just a few hours after submitting that pitch.

They fired me not on the basis of concrete evidence of concrete infractions, but instead on the basis of subjective, and so unarguable, feelings. In the email informing me of the firing, an editor claimed I was let go because “you’ve offended my writers in your interactions with them and created an environment where they no longer felt safe or comfortable in your presence.”

[RELATED: OPINION: Universities have no clue what a diverse campus truly looks like]

This unfounded and defamatory attack on my integrity shook me. Because no specific reasons beyond personal feelings were given for my termination, even after I asked for them, I was left with only one conclusion: they fired me due to political differences.

I am indignant that I got fired for daring to explore socio-political ideas that do not align with mainstream leftist talking points. My goal as a writer is and was to frame things in a way that they haven't been framed before. When writers on my team gravitate towards a certain viewpoint, I gravitate towards questioning it.

From an administrative perspective, the University of Utah keeps deferring responsibility. I reached out to the Dean of Students Office, Auxiliary Services, the Office of Equal Opportunity, Affirmative Action, and Title IX, and some professors. All my attempts so far have been unsuccessful, however, since they have either directed me to another department or failed to respond altogether.

I hope that my experience will help others come to see the dangers of ideological indoctrination and what happens when universities become echo-chambers of leftism. As an immigrant and non-partisan explorer of ideas, I am saddened to have become a victim of ideology.

I now see the clear hypocrisy of the left that claims to advocate for tolerance but, due to radicalization, refuses to tolerate differing opinions. 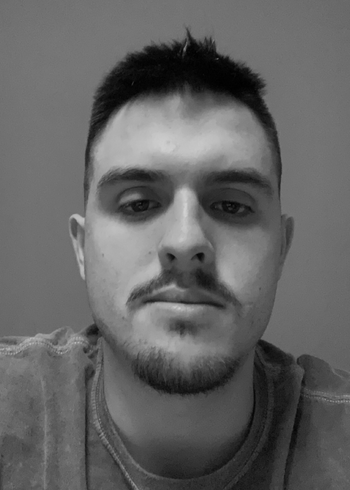 Franco Zuzunaga is a senior at the University of Utah majoring in Philosophy and Economics. He is a passionate proponent of free speech and existential individualism, categorizing all ideologies as an enemy of reason. His interests include philosophy, comedy, and films.